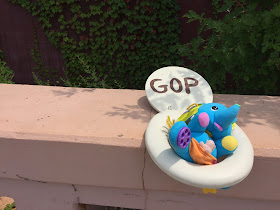 And we thought the first Trump administration was a nightmare. During the Biden administration, rather than slowly grope their way back toward being decent people and loyal Americans, the MAGA crowd is deteriorating into a permanent state of foaming nonsensical madness, where no fact cannot be dismissed nor situation twisted into something contrary to what it is. Those lost in fealty to the former president have a phrase, "Trump Derangement Syndrome," they apply to anyone paying critical attention to his crimes or, indeed, critically pointing out anything about the 45th president did or does, such as my observation here Tuesday that the news he wanted to lob missiles into Mexico, then deny we had done it, revealed in former secretary of defense Mike Esper's memoir this week, would have been big news in a less crazy America.
Prompting the following tweet. I know I shouldn't reply—what is the point? This guy has four followers. But sometimes you just have to point out the obvious, out of fidelity to reason, the country and whatever shred of hope remains of our nation avoiding utter ruin. Of course he never responded. They seldom do. 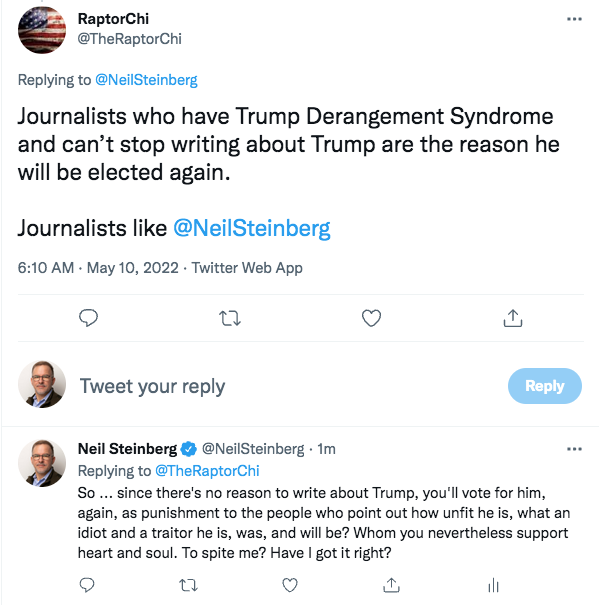