Flash: Most reader letters are nice. 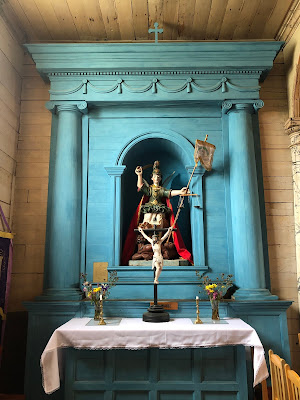 I believe I've been guilty of promulgating an untruth, or at least a misperception.
Over the years, I tend to share outrageous, vile, deranged reader feedback, for several reasons. To reduce the sting by casting it in hue of connoisseurship—look what an amazing specimen of insult this is. To amuse my non-crazy readers. To humble brag about being made of strong enough stuff to take such abuse. And perhaps because it can be seriously funny.
In doing so, I've created the impression that I write my column in a hailstorm of scorn, and that really isn't the case. First, because contempt tends to come from a certain small subset of masochistic regulars, who keep reading while purporting to despise everything I write. Those go straight to spam and are usually never seen, never mind read. Still, they write, continually, sometimes for years.
And second because I gets lots of appreciative email, much more than the negative stuff. Much gratitude, many kind words, Which I don't share because, well, first so as not to brag. Showing off praise, it's unseemly, is it not? I don't think I've ever posted a bunch of complimentary emails, though I do admit occasionally forwarding a particularly positive note off to my boss. "See, SOMEBODY likes this stuff!"
Besides, praise is, well, seldom quite as interesting as condemnation, in the same way that Inferno is a far better read than Purgatorio or Paradiso.
After my Monday column taking aim at the United States Conference of Catholic Bishops for their ham-handed attempt to influence Joe Biden by barring him from communion unless he recants his heresies, several readers commiserated about the bulk of nasty mail I must be getting. On the contrary. I was struck by just how positive most were, and a number of the remarks were quite witty, the top by far being from John F., who writes, "The Eucharist is not a 'dog biscuit' given for good behavior."
Margaret B. left the church half a century ago due to its entrenched sexism. "What did it for me was Father," she writes. "It still drives me nuts that priests are 'Father' but nuns are 'Sister.'”
I never thought of that before, but she's right.
The open manner with which people talked about their faith was impressive.
"I used to explain my staying with the church by using the crazy uncle's explanation that there are a few bad apples in every family but most of us are good and just ignore the goofy relatives," writes Christine P. "But 2016 changed everything for me. When the conservative folks thought it was okay to support the prior president on one issue and ignore all his other dangerous and harmful qualities, my heart sank. To single out Biden as the bad guy, Biden who really cares to make a positive and caring difference in the world, makes me so sad. If everyone truly examined their souls, none of us would be worthy of receiving communion."
There are dozens more, and I won't belabor the point. I'm very grateful for readers who take the time to respond, to compose their thoughts, and often am educated and enriched by what they have to say. I try to answer every well-intentioned email back, while ignoring completely the mean, the sarcastic and the deranged.  I thought I ought to set the record straight. Not that there really is a record. But you know what I mean. Most of you, anyway.