The Star Wars effect on Israel 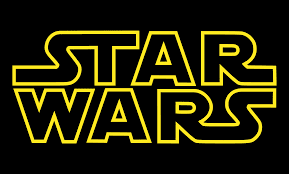 I will admit it, quietly: I found the reception of the latest installment of Star Wars disturbing.

Not the film itself. That was the most ordinary Insert-Tab-A-Into-Slot-B example of formulaic filmmaking. I even enjoyed parts: Daisy Ridley's ability to compose her face to reflect what was going on around her, seeing Harrison Ford as Han Solo. A cute spherical robot.
Rather, it was the reaction to the film that rattled me. Not that it was popular. Who didn't expect that? That it was lauded. The American Film Institute was declaring it one of the 10 best films of 2015. The New York Times was talking about Oscar buzz for Best Picture. I thought I had lost my mind, in an Emperor's New Clothes sense. It was as if Kim Kardashian had been awarded the Nobel Peace Prize for her ass's contribution to global harmony.
Then again, I've never liked Star Wars, particularly. Seen all the movies, many times, of course. As requisite a part of parenthood as changing diapers. Dueled lightsabers with the boys. "Obi Wan never told you what happened to your father...."
But I didn't love the things.  In all my years at the paper, I've only written one column about Star Wars: eight years ago, for the 30th anniversary of its premiere. And that wasn't so much about the movie, as an admittedly-far-fetched theory as to its impact on our collective national psyche.


The first "Star Wars" movie opened 30 years ago this Friday.
It didn't strike me as much at the time, even as a callow 17-year-old.
I remember thinking: Geez, here you have a movie where half the action is a running gun battle at close quarters, between this scruffy band of rebels, one of whom is 8 feet tall, and the supposedly fearsome, supposedly skilled storm troopers. Yet the Wookie never so much as gets his ear singed.
As the years went on, and the movies kept coming, I learned to dislike the series for a variety of other sins -- its feel-instead-of-think anti-intellectualism, its wooden, Perils-of-Pauline acting, its cutesy, lunchbox-ready Ewoks, its crazed army of zealous fans and the blizzard of branded crap they insist on buying, collecting and cherishing.
No doubt the anniversary will bring a media storm of What-It-Means-To-Us baby boomer thumb-twiddling.
But I have a theory about "Star Wars" I've been developing, a hunch forming over the years that I'd like to float by you. It's a tad far-fetched, but perhaps worth considering.
Could the "Star Wars" movies have had some impact on the American view of Israel?
Bear with me. What was the American view of "a rebellion" before "Star Wars"? Some South American banana-republic revolution where the Castro manque rebel leader was as likely to be worse than the dictator he fought to replace?
Before "Star Wars," Israel was the feisty underdog, facing a hostile ring of Arab countries whose overwhelming material superiority was checked only by their disunity and blundering.
Then the movies started coming, and suddenly "rebels" were freedom-loving fighters facing enormous odds against an evil empire, a role that Israel was all too easily pushed into.
That may explain why so many "Star Wars"-loving American college students chose to embrace the Intifada -- a nihilist blend of suicide and murder that might not normally appeal to the sort of people obsessed with the well-being of harp seals.
Yet the Intifada, a machine perfectly designed for the weak to lash out at the strong, played to our rebellion fantasies, the Arab nations sponsoring it faded into invisibility, and the state of Israel became an organized, powerful conspiracy of Darth Vaders, practically an empire, at least compared to the struggling Palestinians.
Perhaps I'm being fanciful -- I'm sure a lot of it can be blamed on good old-fashioned anti-Semitism, which had to be the reason a dozen rigid totalitarian Muslim theocracies can go unchallenged while Israel's being a Jewish state is damned as "apartheid."
But there needs to be some explanation for the puzzling American indifference -- Hamas lobs hundreds of rockets into Israel, failing to kill civilians by mere chance, and our public lolls in utter indifference. Why? A bit of the blame might go to "Star Wars," for making us forget that one can be a rebel, one can be the underdog, and still be in the wrong.