It beats the hell out of "squat"

For weeks, people have been saying it.
"How's it going at your place?" I'll call to a neighbor, doing my best impression of bluff cheerfulness, as we warily approach each other on opposite sidewalks, the street safely between.
"We're all hunkering down," he'll inevitably say.
One state over, the Mississippi of the North is urging its besieged citizens to "Hunker Down Hoosiers."

And it pops up in headline after headline, of course.
"Hunkered Down, and Suddenly Irritatingly Together" the New York Times wrote last week, as if some copy editor lost a bar bet and had to see how bad a headline they could get into the Grey Lady. (We can write one that means about the same but is shorter and better by the time you count to 10. Ready? One...two... "Safe from the virus but not from each other.")
Far better is the pun atop Gene Collier's Pittsburgh Post-Gazette column, "The Hunker Games" though he then inexplicably lashes out at the word.
"A stupid, inelegant, vapid word of dubious origin," Collier writes, before going on to nevertheless use it 19 times in a single column, a figure which, just to show off, is eight times more than we will require here.
He is right about the uncertain provenance. I first started musing on the word a couple weeks ago and played my game of guessing the derivation. Its sound and meaning—retire to some safe defensive position—seems vaguely military. Maybe a derivation of "bunker." I vague recall "hunk" being early 20th century slang for Hungarian. Could that be it? Nah....
Off to the Oxford, which, as Collier suggests, throws up its hands, "Origin obscure" before picking over various Dutch-sounding roots. The definition, "To squat, with the haunches, knees, and ankles acutely bent, so as to bring the hams near the heels, and throw the whole weight upon the fore part of the feet" is unfamiliar: it's one of those words whose figurative sense outshines the literal.
This isn't its first burst of popularity. In 1959, it was briefly "America's most boring fad," at college campuses. On advocate called it "a respite from a world of turmoil. The main purpose of hunkerin' is to get down and hunker together. It's a friendship thing: get your friends to hunker with you. The man you don't know is the man you haven't hunkered with."
Speaking of which. By his picture, Collier seems about my age, so it's odd he didn't point out an even better known pre-COVID-19 frame of reference of the word that wouldn't show up in the Oxford: it's one of Hunter S. Thompson's favorite buzzwords, showsing up eight times in "Fear and Loathing in Las Vegas" alone, most memorably here:
“Every now and then you run up on one of those days when everything’s in vain … a stone bummer from start to finish; and if you know what’s good for you, on days like these you sort of hunker down in a safe corner and watch.”
Excellent advice form Dr. Gonzo, from beyond the grave. Now if only we can take it.
Posted by Neil Steinberg at 12:00 AM 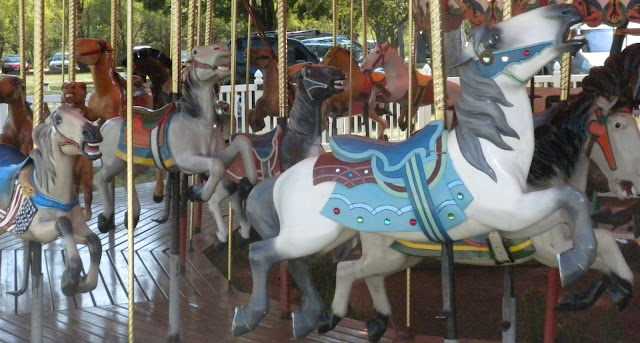