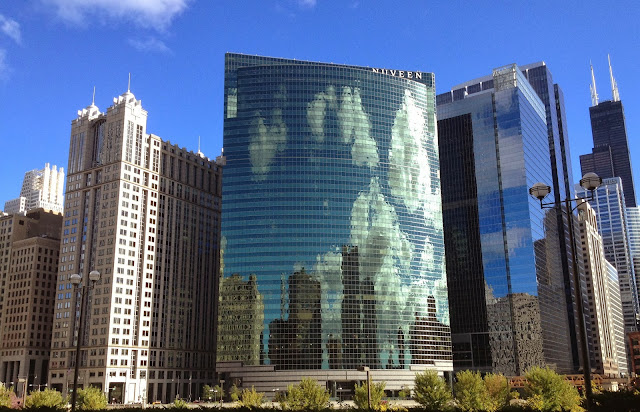 It is easy, correct and perhaps even useful to take a sneering view of the law. Lawyers can be venal and incompetent, prosecutors ruthless and misguided, judges, biased and inept. Particularly in Cook County, where judges who are literally insane have been returned to the bench by voters who, to be blunt, don't know and don't care.
That said, there is also a grandeur to the law, even a beauty. Sometimes justice is done, despite everything. And we should not let its flaws overwhelm our view of the system. Justice is always flawed, always a struggle. "Judging from the main portions of the history of the world," Walt Whitman wrote in 1870. "Justice is always in jeopardy."
That might be a grand intro to a column about minor mechanics of the law. But the Illinois Supreme Court is meeting in Chicago while its Springfield home is refurbished, and I stopped by last week to watch the proceedings. They looked better than you might expect.

If you find yourself arguing in front of the Illinois Supreme Court during its sojourn in Chicago this year, the first time the high court has ever met for a full term here, watch out for the microphone. It’s easy to slam into its gooseneck just as you are about to open “May it please the court . . . ,” the way Keith Rhine, a Waukegan attorney, did on Wednesday.
“The microphone gets everyone,” quipped Chief Justice Thomas Kilbride, sending a ripple of laughter through the filled-to-capacity room on the 18th floor of the Bilandic Building, 160 N. LaSalle.
Restoration of the Supreme Court’s usual home in Springfield, built in 1908, sent the court packing, the first time it left town since 1897. Its seven members began hearing oral arguments Sept. 10 — for a check-forgery case — and wrapped up Wednesday, but will hear more cases in November, January, March and May.
The public is welcome, though anyone expecting TV fireworks will be disappointed. The attorneys give measured, statute-laden arguments, interrupted by polite questions from the bench. But there is a certain fine-tooth combing of legal issues that is satisfying to those of us who value living a society based on law. The first case of the day, American Access Casualty Company v. Ana Reyes et al., stems from a traffic accident on Oct. 30, 2007, where Reyes drove to Elgin and struck two pedestrians, killing one. She had insurance, but the insurance specifically excluded her from driving. The law requires cars to be insured, so sometimes people who are not themselves eligible to drive buy it so their family or friends can use their vehicle.
The issue revolved around whether these exclusions are good public policy. Keely Hillison, of Parrillo, Weiss & O'Halloran,

began the morning, representing American Access Casualty, which issued the policy but denied coverage to Reyes because she was excluded from getting behind the wheel.
"I want to suggest this is allowed," she said. "It is clear the statute intended and common law allows the exclusion of drivers by name." This is the second time Hillison has argued before the high court. She was happy about the shift in venue; her law offices are a short stroll away at 77 W. Wacker.
"It makes it easier for me," she said, later. "I don't have to travel to Springfield." Though she did stipulate that the current courtroom, a modern, dignified chambers of dark wood usually used for judicial disciplinary hearings, lacks the grandeur of the Supreme Court Building in Springfield.
The next case, Venture-Newberg Perini Stone and Webster v. Illinois Workers' Compensation et al, had that spare simplicity that makes some legal cases sound almost like Bible stories. A workman heading to a plant was hurt. Is he exempt from compensation because of the "coming and going" exclusion that keeps workers from being covered if hurt on their commutes? Or did the job of Ronald Daugherty require him to be near the plant? Did his job begin when he got there?
"The employer didn't send him, he was not hired until he had gone through the screening at the plant," argued Michael Resis. "He was not on call that day and there was no emergency . . . he chose to travel to pursue a job opportunity."
Jonathan Nessler represented the compensation commission. "Ronald Daugherty testified he was to be within a half hour of the plant for emergencies," Nessler said, deploying a gesture I immediately dubbed in my mind "the spider"- his right hand open, as if holding a ball from above, tapping his fingertips on one spot on the table, then another. The hopping spider then became a bouncing cup. Tap, tap, then swish to drive his point home.
The question boiled down to what a boss tells you to do versus what a worker is tacitly expected to do. Questions most people never think about but can suddenly become important under law. The court's decision in this case - and the others - is months away.
The court is convening here all year though, as anyone who has done renovations knows, all rehab dates are tentative. With $12.6 million in work to do, whispers are the court may be here next year too.
In a room outside the courtroom, overflow visitors watch the proceedings on closed-circuit TV and lawyers wait. Arguments for the workman's case wound up.
"Showtime," said Joel Ostrow, rising to his feet. He is the attorney for Jennifer Schultz, suing to recover child-support payments that her ex-husband's employer may - or may not - have been obligated to withhold from her ex-husband's pay. In February the Appellate Court upheld her case's dismissal, but she's hoping for relief from the highest court in the state, now sitting in judgment in Chicago.