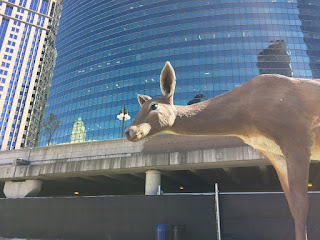 I wanted to share this reaction to last week's Mike Ditka column with you. No further comment is necessary.

I disagree with your assessment of so-called racism and this social injustice that the Left/Progressive seemed so fond of throwing around around so much.
Individuals you mentioned like Mohamed Ali and another one from that time frame did not suffer from Racism or social injustice.They rose to the top of their respective professions and made millions from their efforts. Jesse Owens was a classic figure in his own right and showed what a Black man could do during the 1936 Olympics held in Berlin, Germany when Adolf Hitler and the Nazis held power.
Yes in a small degree racism does exist yet you need to include some from ALL race's not just some Caucasians. This social injustice doe's not exist since people from all race's made millions and are successful in their respective fields and professions.
There was no need to put down Mr. Ditka of his statement by saying he is not a man for saying what he did. Is not the left for dialog or his it for dialog under their own terms Mr. Steinberg ???
Mr. Ditka right in his assessment of what was and is happening now and then.
Hope to read your next article soon.

* He signed his full name, but I'm abbreviating it, as a kindness.
Posted by Neil Steinberg at 12:00 AM