Bruce Springsteen's darkness not just on the edge of town 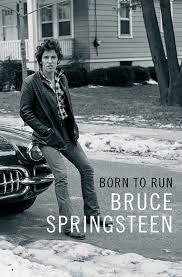 Bruce Springsteen was our Elvis.
When I became a teenager in the mid-1970s, the original King of Rock and Roll was an over-the-hill joke. But Bruce? On the cover of both Time and Newsweek, young, raw, supremely talented.
His music ticked off the milestones of my life: howling along with "Rosalita" in a circle of beer-soaked freshmen. Screaming myself hoarse to the man himself live at McGaw Hall.
The Boss had my back. When I was gathering my courage to get married, he offered up "Tunnel of Love," his crawl through the carnival of matrimony.
His music was epic, inspirational, almost protective. I remember listening to his live album on a Walkman during two weeks wandering Port au Prince in 1987, a sonic talisman against the overwhelming reality of Haiti. I might be alone in the Cite de Soleil slum, but I was born in the USA. No retreat, no surrender.
Springsteen even introduced me to the indignities of age, when I played his music for my own teenage sons. Without hesitation, proud, revealing a wonder. Give a listen to this, boys. I was genuinely flabbergasted when they greeted his music with a shrug. "The songs are all the same, dad," one said. I wilted, the magician with a stream of cards tumbling out of his sleeve. Oh right. I too will grow old and everything I care about will be mocked as a joke.
Fanhood faded. Years passed. Then a few months ago I joined Audible, and one of its quirks is that it charges you for a book a month. You might as well pick something and listen. I chose "Born to Run," narrated by the Boss himself. A nostalgia trip.
The first half is his laser-guided-missile climb from working class Freehold, New Jersey, his chain-smoking blue collar father's taunts burning in his ears. Once Springsteen becomes a rock star, however, the book really gets interesting. Turns out becoming rich and famous was the easy part.
"At the end of the day, I was simply a guy rarely comfortable in his own skin," he writes.
Panic attacks. Clinical depressions that lasted 18 months. Medication. He calls himself "broken," "damaged goods," adrift in "an ocean of despair," lashed by "torrents of self-loathing."
Stability, marriage, a home, kids all elude him. It turns out that while I was dreaming of being Bruce Springsteen, Bruce Springsteen was dreaming of being me.
His book, published last year, is a tremendous gift to those who struggle through this difficult life, a.k.a., just about everybody. Springsteen lays himself bare with rare candor. He recounts 30 years of therapy. Nobody looks cool weeping in his psychologist's office, but Bruce isn't trying to be cool. He's trying to do in a book what he does in his songs: tell the truth and maybe help people make sense of things.
"Born to Run" really sings when when his three kids show up.
"You're gonna miss it," his wife, Patty Scialfa, warns, of their children's early morning routine, leading to this:


The next morning, grumbling, stolid faced, I rolled out of bed at seven a.m. and found my way downstairs. "What do I do?"

She looked at me and said, "Make the pancakes."

Make the pancakes? I'd never made anything but music my entire life. I...I...I...don't know how!

He does. Springsteen also tries to shield his children from his fame. When people stop him for autographs, he tells his kids he is "Barney for adults." And he shares a sentence that every prospective parent should be made to memorize before being allowed to procreate: "At the end of the day, as parents, you are their audience. They are not meant to be yours."

Much hard-won wisdom is here, the truest being that no success is huge enough to inoculate a person from the sting of living. There is great comfort here for we ordinary schlubs trying to get through the day. If Bruce Frickin' Springsteen has to fight to be happy— the struggle continues—has to work hard to attain the serenity we all seek, and can be this honest about it, how can any of us be ashamed of our struggles?
"At the end of the day," Springsteen writes, "life trumps art, always." He says it twice.
Posted by Neil Steinberg at 12:00 AM