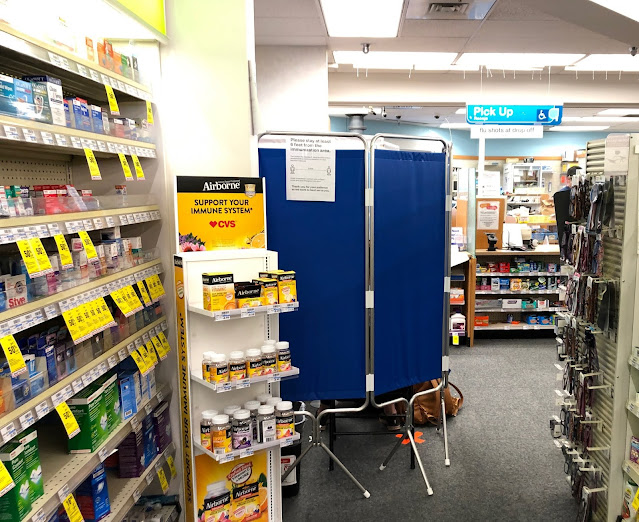 “Walgreens,” observed the medical technician at a CVS in Franklin Park Tuesday, reading the vaccine card I handed him as I sat down behind the little blue screen and bared my upper right arm.
Busted, patronizing the competition. I hadn’t considered the Cubs vs. Sox, Field’s vs. Carson’s aspect of crossing from Walgreens to rival CVS for my second dose of COVID vaccine. My older son, who set up my first appointment in Springfield, shifted the second to Franklin Park. Considerate boy.
Not only a far shorter drive, but by changing, the doses were now the proper three weeks apart. Turns out Walgreens was giving the Pfizer shots a month apart, because it was easier for them to schedule. Until they were called on it and stopped.
Considering an employee of CVS was about to jab a needle in my arm, an explanation seemed in order.
“I actually prefer CVS,” I said. “Because of Nicholson Baker’s ‘The Mezzanine.’ A man breaks his shoelace and goes to a CVS to buy a new one. That’s the entire plot of the novel ...”
I tend to babble when being given a shot. (“Annnnnnd...” my wife thinks, reading this, smiling sardonically, “when NOT being given a shot ...”)
As this was happening — I didn’t even feel the needle — Vice President Kamala Harris was in Chicago, imploring “those who have received the vaccine” to “please tell all your friends and aunties and uncles and grandparents and kids” to get vaccinated.
Were it only that easy. Because you either already know to get the shot ASAP, to spare yourself an arduous, often deadly, illness, and protect your community. Or you haven’t figured it out and probably can’t. Being urged to do so will only cause you to dig in, in the knee-jerk contrariety that so many mistake for independent thought.
Did you see the government slogan, attempting to reach the vaccine resistant? “Let’s Get Vaccinated.” The heart breaks. Putting that chirpy slogan — who dreamed that one up, the Muppet Babies? — up against the widespread serf fear of doctors and the wasp nest of crazed conspiracy mongering.