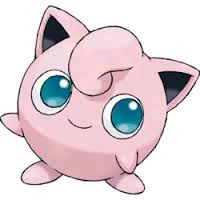 Today is a milestone in the Steinberg household. Since we took Ross, our oldest, home from the hospital the day after he was born, at the end of October, 1995, to now, we've been a house with kids.

That holds true for a few more hours. Tomorrow we cart his younger brother off to college, leave him with an awkward hug, and return to a house devoid of children for the first time in almost 20 years.

I'm not complaining. Too many parents have too many true heartbreaks for me to bitch about sticking our landing and seeing them off to their next stage in life. I'm not sad (not sad not sad not sad!!!) so much as reflective: I never thought of parenthood as a phase, a period, a span of time with a beginning and an end, but it obviously is. Of course they always remain your boys. Just not boys sleeping in the bedroom up the stairs.
This column floated to the surface a few weeks back because I was followed on Twitter by some Japanese Pokemon fans, for some unfathomable reason. "Didn't I write something once...?" I asked myself, and dredged this up. It's reflects the whole boy dynamic in its prime, and holds up well, I think, and makes for a better read than whatever more timely navel-gazing I'd scrape together from a head that, at the moment, feels full of cotton, rags and the dust of old memories. I'm sure someday I'll reflect and come up with something pithy and interesting on the transition. But today is not the day. I'd rather think about Jigglypuff.

God, this is so embarrassing.
Before my boys ever knew what a Pokemon was, before they had ever expressed their deep undying love for Pikachu and pals, their father would, on occasion, let out a squeal of "Jigglypuff!"
He did this so often that they, too, took to squealing "Jigglypuff!" even though they didn't know what a Jigglypuff was, did not know that he (she? it?) is a pink, spheroid, vaguely feline creature in the extended Pokemon family, not to be confused with the similarly round and pink Wigglytuff, whose ears are more rabbitlike.
What happened is this. My brother Sam, who has spent years in Tokyo, invited me over to drink a few beers and compare the wreckage of our lives. On the second beer, he asked me if I wanted to play something called "Pokemon" on the enormous television set dominating his living room. This was maybe five months ago.
We each took little consoles to twiddle with, and had to select characters, which we then set to attacking each other in a dramatic city in the sky. I ended up with Jigglypuff, the aforementioned pink sphere that sang and floated and, at times, shouted "Jigglypuff!"
I had never played a console game like that before. I have not since. We went at it for a few rounds. His creatures kicked the tar out of my Jigglypuff, and we eventually tired of it and stepped out to the porch.
I did not sense that this was a phenomenon poised to sweep the land — Pokemon is (are?) on the cover of Time magazine this week, and the Sun-Times has joined the universal clamor.
And why not? There is certainly something infectious about it. At home that night, during our customary pillow war, I took to emitting triumphant shouts of "Jigglypuff!" whenever I'd bop one of the boys with a big pillow. It was just a funny word.
Then my wife, perhaps responding to the radio beams broadcast from Burger King, controlling our thoughts, dutifully rented a Pokemon video. I upbraided her — why would she let the boys watch a street gang of cutesy Asiatic marshmallows have at each other? We agreed not to show the boys the tape.
But one night she went out. I was left alone, caring for the boys, who promptly began tearing down the walls. The video was right there. I slipped it into the VCR.
Their reaction was incredible. They froze, in front of the television. Ross, my oldest, just stood there, petrified, his mouth hanging open. Kent sat so still, so unblinking, I was afraid he had stopped breathing. They were like statues, the shifting light from the television dancing off their faces. The pose was so extraordinary — bug-eyed, drop-jawed — that I went to get the camera. When I returned a few minutes later, they were in the exact same positions. Ross hadn't even sat down.
"Video heroin," I told my wife. "Buy the entire series. Our long nightmare is over." She shot me that look, and returned the tape.
Yet that half-hour of Pokemon was enough. They were hooked. When a few figurines washed up at work, and I brought them home, it was like tossing chunks of raw meat into a tank of piranhas. The boys shrieked and thrashed and battled over the things, over Gengar with his glowing eyes, and Shellder, who squirts water.
"What it is?" my wife asked. "What is the attraction?"
"Are you kidding?" I said. "Scores of cute tiny creature toy things beating the crap out of each other? It's a little boy's dream."
Rather, what amazes me is the response by supposed adults. "For many kids it's now an addiction," Time intones.
The movie just came out. Burger King just stirred the pot with its giveaway last week. "Addiction"? Aren't we jumping the gun a bit? It's a fad that could end Tuesday. Were yo-yos an addiction? Trolls? Those little dolls girls wore in plastic lockets around their necks?
Then again, perhaps I'm biased. I was a GI Joe addict (recovering, I should say. A recovering GI Joe-aholic, since I find myself still yearning toward the astronaut GI Joe in his Mercury Redstone capsule. Sam had one; I didn't. One day at a time, Lord, one day at a time).
"Is it bad for them?" Time ponders, in apparent seriousness. (Time used to be known for its ridiculous, Henry Luce-inspired gravitas, and it seems to be going back to those terrible days).
Worse than Power Rangers? Worse than Teenage Mutant Ninja Turtles, the Fantastic Four, Mighty Mouse, Tom & Jerry, Popeye, and every other childhood hero who made a point of pelting those in the general vicinity, stretching back to Hercules? I don't think so.
The important thing to remember is that children would not embrace this sort of thing unless they needed it somehow. We could take away all the toy weapons, all the violent characters, and kids would have their Sally Empathy dolls kick their Carole King figurines to death. That's how kids are. If we take the toy guns away from our boys, as punishment, they shoot each other with plastic fruit.
Don't worry about kids. They'll be fine. But what does it say about the adult world where a major news magazine spends 13 unreadable pages parsing the latest childhood fad? I have only one word for that: "Jigglypuff!"