Fast-dwindling September is, among other things, Baby Safety Month, as the makers of eClip reminded me Friday. eClip, besides looking odd at the start of a sentence is, in their words, "an innovative first-of-its-kind device that attaches inside the car and alerts parents via Smartphone app if they accidentally walk away from their car without their baby."
This is in reaction to babies being left accidentally—and in at least one case, not accidentally—to die in hot cars, a horror documented by my pal Gene Weingarten at the Washington Post and addressed here.
Safety requires constant vigilance, to quote Mad-Eye Moody, and you can't guard against perils you aren't familiar with. So as a service to those readers still lugging around their children, as opposed to desperately wishing to hear from them, I'm reprinting a column from four years ago about the very real risk of baby carriers.


A newspaper is a dialogue, a chorus of voices conveying and commenting upon the news of the day.
So I am not correcting a Thursday story in the Splash pages - "That's a wrap" about "wearable baby carriers" - as much as elaborating on some caveats that were online but, alas, not in print, and adding a dimension to the piece that did not, for instance, contain the phrase "baby airbag," which my wife uses to refer to carriers.
This is based on hard experience, one January day nearly 18 years ago, when she left our apartment on Pine Grove with 3-month-old Ross in one of those soft, front-facing carriers - a backpack you wear on your chest that you slide your baby into.
She was only walking a block, to visit a friend. But it was a block of Chicago city sidewalk, with plenty of cracks and crevices, and she caught her toe on one and pitched forward, breaking her fall with her knee, an outstretched palm and our baby's head.
I was at home, having taken time off work to do my share of diaper changing. I don't remember the phone call - I can't say with any certainty whether she was composed or hysterical, though I would put my chips down on the latter.
What I remember clearly, vividly, as if it were a scene in a black-and-white Ingmar Bergman movie, was grabbing the empty blue stroller - she must have told me to bring it - and running full bore the several blocks to St. Joseph Hospital, pushing the empty baby carriage, with no idea whether our happy little urban homestead was about to be plunged into some medical nightmare of irreparable cranial damage.
A slight skull fracture, which took sitting for six hours in windowless rooms for the hospital to ascertain, via X-ray and CAT scans. My wife's main memory is of the CAT scan operator asking, "Can't you make him hold still?" and her answering, "He's a baby."
The other moment I can recall from that day is, toward the end of our Big Hospital Day, when one of the endless series of doctors who kept hurrying into the room, burst in with a blustery, "So how's our little patient?" to which I replied, with all the gravitas I could manage, "Doctor, he's incontinent and babbling!" which caused a flash of concern over the physician's face until he remembered that all 3-month-old babies are incontinent and babbling.
Ross was fine, the shadow of fate that passed over us kept moving and darkened some other poor soul's home.
My wife threw the baby carrier away and became a one-woman truth squad against them. Still, because people are biased by their own experiences, I didn't want to unfairly question baby carriers' utility. There are risks associated with strollers, too. At crossings, there is a tendency to nudge them into the street—"testing the waters," I call it—despite passing traffic, and I know that babies have been grievously injured that way.
But a little checking shows the risks of baby carriers is not limited to my family. In 2010, the Consumer Product Safety Commission warned of the risk of suffocation to young infants in baby slings—14 deaths in a 20-year period, with three dying in 2009. Most were under 4 months old.
Consumer Reports found three dozen serious injuries to babies in slings, and urged parents "Don't use slings at all."
Even the most cuddly, fuzzy mommy website about baby carriers has a list of warnings. TBW, "The Babywearer.com" warns of babies falling out of carriers and urges practice with a doll.
"Most of the reported accidents involving babywearing are due to the wearer tripping and falling," it cautions.
Among its suggestions:
Careful going through doorways.
Don't cook or handle hot liquids, for obvious reasons. Mind that the tail of your baby sling doesn't trail into flames or get stuck in closing doors.
Don't wear a baby carrier in moving cars; it's no substitute for a baby seat. "For playing sports or cycling, use your discretion: What would happen to your baby if you were knocked over?" it asks. "How much is your baby being bounced or shaken?"
I would say "use your discretion" is a naive underestimation of just how god-awful stupid people can be, and substitute, "Never bicycle with your baby in a front carrier."
I hadn't planned on writing about baby carriers. But I felt morally obligated to inject a note of warning. Babies are resilient; they aren't as fragile as new parents fear. But caution is still a good idea, and you can't avoid perils you don't know about. 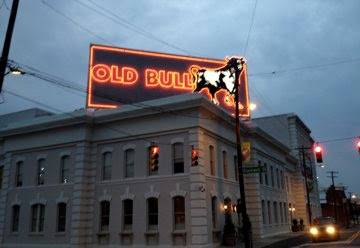