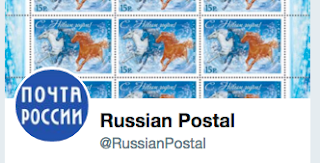 Ohhh, I'm a bad person. I am going to hell.
Not really. I'm not saying that in a sincere, "my soul is consigned to flames!" sense. I not only never believed in such rococo nonsense, but have trouble believing anyone in the world can believe such a thing, though obviously they do.
If you read the "ohhh" as more of a groan, you'll get a sense of my sincere, sinking feeling when I realized what I had done, entirely by accident.
Readers of this blog know that I have a fidelity for truth, for directness, for candor.
And now I have gone and contributed to the smokescreen of deceit and obfuscation that is the web.
Quite unintentionally, I hasten to say. Hell, if there were one, is paved with good intentions.
And the timing is awkward; just as the truth about Russians posing as Americans and creating anti-Hillary lies during the election is dribbling out ...  well, maybe I had better just tell the story.
So I'm clicking over the Washington Post, and for some reason I'm told that the cookies on my computer are keeping me from seeing a certain story, and I might want to clean my cookies off my computer. So I figure out how to do that, and wipe out all cookies—bits of information that web sites place on your computer to recognize you and smooth surfing— from the computer. Boxes and boxes of cookies are trashed.
Of course then I have to sign back in, into Blogger, into Facebook. 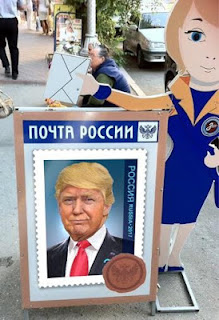 Into Twitter. Twitter asks me to log onto, not my standard @NeilSteinberg but @RussianPostal, the fake site I set up in March to create an air of reality around the non-launch of my parody Russian postage stamp honoring Donald Trump, created by a New York illustrator and actual postage stamp designer who agreed to help me with the ruse.
I would never do such a thing in the newspaper, where satire is too often taken seriously accustomed to believing what they're told. But on the freewheeling web, it seemed a good idea. During the last week in March, I started tweeting anodyne announcements about new Russian postal stamps. I figured that would enhance the effect when my Trump stamp was announced.
Reaction to the Twitter feed was tepid, but it perhaps helped, a little, I think, though the prank was quite successful—my most popular post ever, in fact. April 2 came around. I went about my business, forgetting about Russian Postal.
Until, prodding by my cookie cleanse, I signed back on. And found that dozens of people had been sending tweets to Russian Postal. Russian people. Sharing their various real-life gripes with the actual Russian post office.
They complained about lost packages:

They complained about long lines, and send documentary photos: 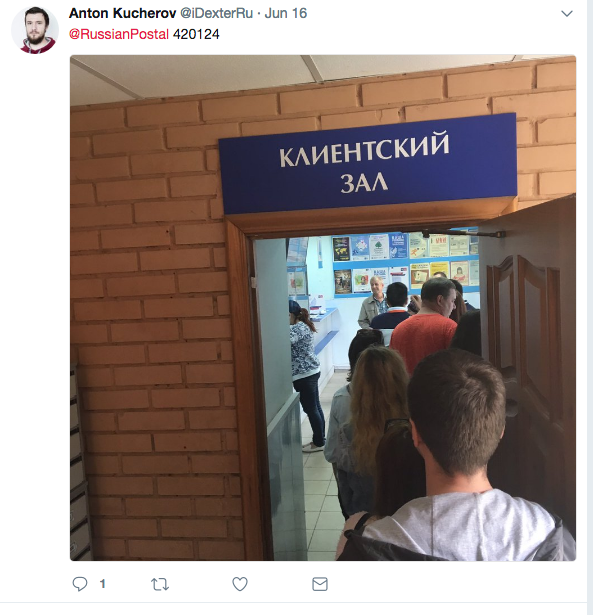 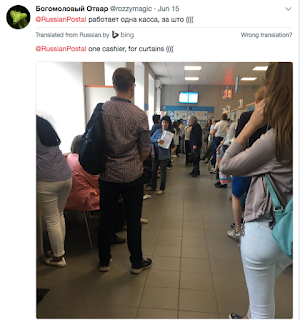 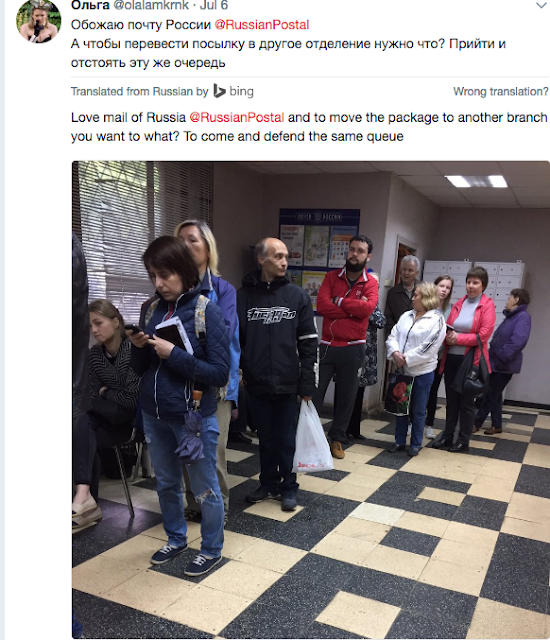 My site became included in the loop from what looked like actual Russian Post Office trying to help people.

Some defied belief, like the driver who used a package to brace his truck: 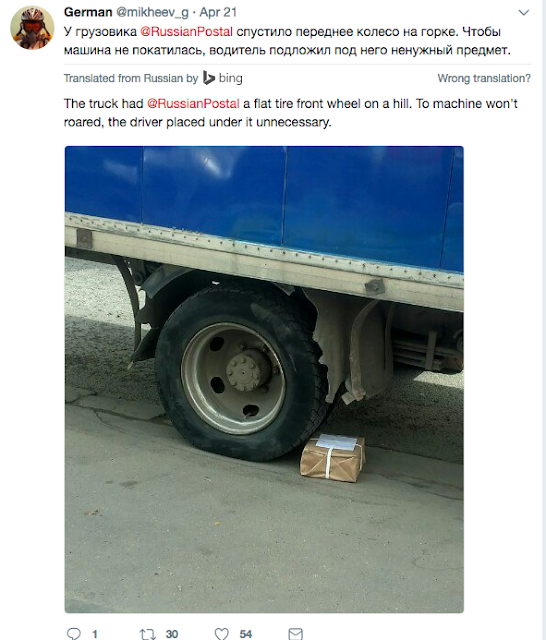 To be honest, if it weren't for the existence of that actual Russian postal service assistance feed, I might leave this up, to give these disappointed Slavic postal customers somewhere to complain, to let them vent off steam, and create the illusion of concern. But such a place actually exists, and might even do some good, and so I've merely created a place where feedback is misdirected. So, not wanting to gum up the system more than it already is, I'll leave Russian Postal up on Twitter for the weekend, in case you can take a look, then pull the thing off-line.  There's enough falsity on the web without my adding to it. Because people are credulous and will believe what they read, as our country is discovering, to our continuing misfortune.