"Pornography for the blind" — the audio book adventure 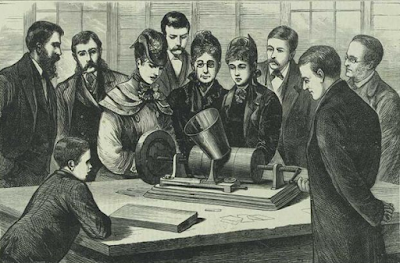 This column is, in a way, a result of my trip down to Wayne County in early January. I wanted an audio book to pass the time on the long drive downstate, and grabbed George Packer's "The Unwinding." But the rental car didn't have a CD player—outdated technology—so the box sat mute on the passenger seat. I began listening to it when I got back, driving around town. It got so I looked forward to any errand, the longer the better. But I just don't drive that much, and at disc 10 I crossed the Rubicon, copied the remaining CDs onto my iPod, and listened to them while walking the dog, folding laundry or cleaning the kitchen. Something about audio books migrating from the car, where they had always belonged, to the rest of life, seemed to magnify their importance. It got me thinking whether I was processing the book in the same way, listening to it, as I would had I read it. Which put me in the right frame of mind to be interested in the book below.

Before Scientific American even published Thomas Edison's letter announcing his plans to to mechanically reproduce speech, the press was predicting the end of reading.
"Why should we learn to read when, if some skillful elocutionist merely repeats one of 'George Elliot's' novels aloud in the presence of a phonograph, we can subsequently listen to it without taking the slightest trouble?" the New York Times mused on Nov. 7, 1877 after hearing of the device.
A century later, "Cannonball Run" star Burt Reynolds recorded "Moby-Dick."
In between, much debate over whether popular fiction should be made available to those with impaired vision or was that "pornography for the blind?"
We are in the golden age of audio books, the fastest-growing sector of publishing. About 125 new audio books are released each day. 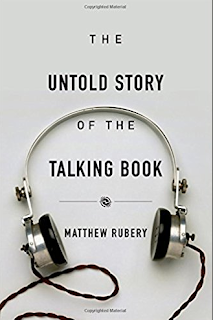 One of those new titles, "The Untold Story of the Talking Book" by Matthew Rubery (Harvard University Press: $29.95), was also published in printed form, luckily, because that's how I noticed the book's cool dove gray cover and grabbed it.
This is one of those books that keeps flinging marvelous facts: "in the fourth century, St. Augustine memorably recalled his astonishment upon finding his teacher St. Ambrose reading silently to himself." As it does, the book raises intriguing questions:
"What exactly is the relationship between spoken and printed texts?" Rubery asks. "How does the experience of listening to books compare to that of reading them? What influence does a book's narrator have over its reception?"For the first 50 years of recorded sound....