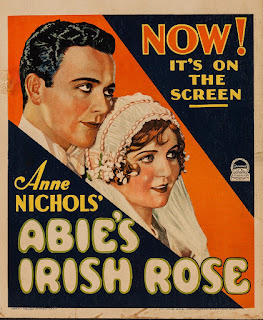 One practical aspect of writing advance obituaries is that you learn so much, knowledge that can be put to good use while the subject is still alive. Because I wrote Jane Byrne's obit, I knew when she would turn 80 (or, rather, when she CLAIMED she would turn 80; later I learned Byrne had subtracted a year from her age) and could celebrate the alleged milestone on its supposed date, a column that led to further honors coming her way while she was still around to enjoy them.

Of course, there can be downsides. Having written yesterday's post, a 2001 obituary on Judge Marovitz, years ahead of time, I knew about the 70-year love affair with his secretary, Mickey Curtin. So when she died in 1997, I was ready to tell her story, though it took some quick thinking.
The paper had a policy of obituaries being read to the next of kin. So after I wrote Curtin's, about her life and her relationship with the judge, I phoned her brother, the priest, and read it to him. He was not happy. Scrambling, I said, in essence, "You know, the judge is really her next of kin. I should have phoned him." But between the time I hung up, and found Marovitz's number (in the phone book, if I recall) and called him, the brother had already reached him. "I respected her family's wishes for 70 years," Marovitz explained (though I'm not sure why; he had told the story to the Tribune, which printed it three years earlier, though I didn't know it at the time).
I didn't want to hurt the judge, or the Curtin family, though they seemed wrongly embarrassed by the relationship. But I didn't want to lose the story either.
"How about this?" I suggested to Marovitz. "I'll run her obituary, but as a column, and won't use any names. That way, nobody who doesn't already know will find out." He agreed. After it ran, Judge Marovitz kept the column below folded in his wallet, and would take it out at parties and show people. A very rare obituary that doesn't include the name of the deceased. I suppose it could be criticized as minimizing a woman's life by viewing it through the lens of her male counterpart. But it didn't seem so in the late 1990s. At least not to me then.
This originally ran under the headline: "Piety separated them; love kept them together"

A man and a woman met in Chicago 70 years ago and fell in love.
I'm not going to tell you their names, much as I'd like to. Because even after the decades, even though the woman died this past Monday and was 93 years old, seeing their names in the paper would upset some of her family members.
So out of sympathy for them, the grieving family, no names.
Still, the story should be told. Because a marvel shouldn't be allowed to pass, unheralded. And frankly, the tale doesn't need names. Enough that they were real people. Enough they fell in love. Enough they stayed in love, in a world that at times seems designed to thwart love at every turn.
Despite opposition, this couple stayed in love for most of the century.
Think of them as the man and the woman.
The man was a go-getter, a scrappy former boxer. Some friends watched him get the tar beaten out of him in the ring one night and urged him to become a lawyer, so he did, scrabbling up the ladder.
This was in the 1920s.
She was born on the South Side and was 24 years old when he hired her to be his secretary.
They fell in love.
But there was a problem. The man is Jewish, a product of the Maxwell Street ghetto. And the woman was Irish Catholic. That was a huge deal then; it can still be a big deal now. It may be why you're reading a story with no names.
He came to call her his own "Abie's Irish Rose," from the hit play of the 1920s about a Jewish husband and his Irish Catholic wife and the world of grief caused by their families and their hatreds. The play is forgotten now, but it was the most popular piece of theater of the decade, playing thousands of performances over five years.
It was a fluffy bit of comedic nonsense, and of course ended happily. But in real life, there was to be no happy marriage for this man and this woman. Her family wouldn't dream of it. And his family? He adored his parents—adores his parents still, to this day, in a way that you just don't see much. They were Orthodox Jews, and he could never go and marry a Catholic girl, out of respect for them, even after they were dead.
So no marriage. But that did not keep them from being happy and forging their own sort of marriage, a marriage of the heart.
They were a fixture together, working side-by-side during the day, hitting the restaurants and nightclubs at night; it was the era of elegant night spots and swank dance bands, and they took it all in. They had many friends.
"She was a charming, lovely person and a complete lady," said one of them. "He worshipped that lady, and she obviously was deeply in love with him."
While half of married people can't seem to find it in their hearts to stay together, these two, unmarried people, did.
Decades passed. The man went to fight in World War II as a Marine in the Pacific, where he was wounded. The woman raised three children—the children of a sister who died. He rose as a respected member of his profession and she stayed by his side, her entire life, helping him, in the shadows.
Not subservient, though. She was, after all, Irish, and told him what she thought. He was, after all, a lawyer, and liked to hear himself talk. After a particularly windy speech before a crowded auditorium, she told him that he "missed two chances to shut up." And he was smart enough to love her for that, too, and it became a story he always told to cut himself down to size.
The decades rolled by. Even though the thought of unmarried people being together lost its ability to shock or even surprise, this man and this woman observed the niceties of a bygone age. At hotels they took separate rooms. Aboard ship, separate cabins. Dignity was maintained.
"The love of his life," said a relative.
He lived alone. She lived with another sister. Eventually, his family came to welcome her.
"She was part of our family, at every one of our celebrations," said the relative. "I don't think it would have been any different if they were married or not. She was part of us. . . . She was just a wonderful person. Quiet, but very warm, sincere, and with a great deal of substance to her. A very caring person."
When she got old, and got sick, over the last few years, he made sure she was taken care of. He is old now, too, but still vital. He paid for everything. There was no piece of paper. There had been no vows. They weren't, as it turned out, necessary.
Even toward the end, when she was fading and didn't know who he was when he visited or that someone had been there after he left, he still went to see her, as often as he could.
The visits always upset him—for days after, he would be subdued and sad. A friend asked him why he continued to go, when it was taking so much out of him and apparently wasn't doing anything for her.
"I have to," the man said. "I love her."
—Originally published in the Sun-Times, October 12, 1997