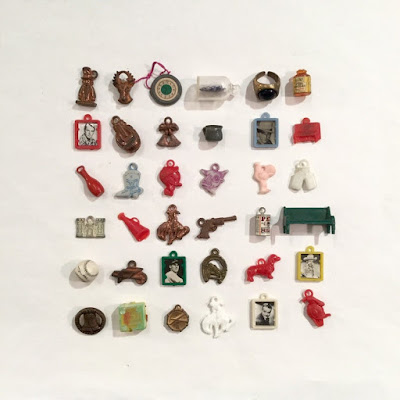 If, like me, you woke up this morning looking forward to what EGD Texas Bureau Chief Caren Jeskey has to say, that's testimony to how smoothly she has integrated into our little community. Now if I can just find six more correspondents like her, I can cough into my fist, put on my hat and tuck back into the shadows. Alas, I suspect she is sui generis, a thing unto herself, and the other six days will be my problem for the foreseeable future. Not that we HAVE a foreseeable future. But a guy can dream, right?


Jane Addams, the mother of social work, is quoted as saying “the good we secure for ourselves is precarious and uncertain until it is secured for all of us and incorporated into our common life.” When I was 19 I started volunteering at Chicago House, in a hospice program for men and women dying of AIDS related illnesses. I was guided there during a class at DePaul University called God, Justice and Social Concern. It was taught by one of the most impressively humble, intelligent, witty and warm men I’ve met thus far in my life, Father James Halstead. Not a religious person myself, somehow I did not mind the required religion classes at DePaul. I dove right in and followed Father Halstead around, taking several classes with him and basking in his presence as often as possible. He had one of those auras that calms you down like a Quaalude might, without the side effects. He used to ride a bicycle around campus with upright handle bars and a basket, and either a gentle smile or a look of deep contemplation on his face, and his cheeks looked like apples. He reeked of goodness and health. I’m now thinking he and Mr. Rogers must have been distant cousins. To fulfill requirements for his classes I found myself bowing with the woman in the basement of a Muslim mosque somewhere off of North Elston, inhaling incense and the sounds of cantors at a Greek Orthodox church in the Gold Coast, and I felt most at home at a little Buddhist temple somewhere in Lincoln Park. I ended up becoming a yoga and meditation teacher after that—practices that have been a part of saving my life. 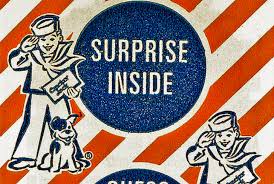 While volunteering at Chicago House I felt it was my duty to do this work. It was the most natural thing in the world to drive over to the near west side hospice house tucked in with all of the other red brick buildings, and find out who needed help that day—a ride to visit family members, company to walk to the neighborhood bodega, or a healthy friend to sit with tired bones and chat or play a game. One of the men asked me to take him out dancing at a club on Clark near Belmont in Chicago’s Lincoln Park neighborhood to celebrate his 34th birthday. He dressed up in a silky red shirt, tight black pants and Kenneth Cole wingtip shoes, and we danced to Chic and Stevie Wonder until he ran out of steam. I drove him home as we laughed like kids at the memory we had just made, talking smack about the man who had the nerve to dis’ him and the beautiful queen with the red lips and stilettos, putting everyone else to shame with her stunning presentation and countenance. When he was admitted to the so-called AIDS Ward at Cook County Hospital I sat next to his bed so he wouldn’t be alone if he woke up. He slipped away. I went to his funeral on the South Side of Chicago and his family greeted me with warm hugs as if I was a part of the family. I still have a thank you card they sent me for helping take care of their man.
After that I continued to work in social services and loved trying to make this world a kinder and more equitable place. I felt I had a purpose. I worked in a program for drug-using pregnant women and we took care of them and their babies and gave them a chance to get well, and many of them did. One day years later I was walking down the street in Wrigleyville and a tall, robust, dark skinned young man came jogging up to me, “Ms. Caren! It’s me!” I did not recognize who I’d last seen as a chubby school aged boy whose mother was in and out of recovery and domestic violence shelters as she tried to piece her life together. He wrapped me into a bear hug, his friends giggling at the scene, and shared that all these years later his mother was doing very well, a leader in her recovery community in her home town in the South where she had moved. He was also thriving, a true delight. After that I worked with homeless teen moms with mental illnesses and found other roles that allowed me to serve the disenfranchised, of which there were and are many. I taught yoga and meditation and biked all over Chicago, year after year, and felt that I was really doing something. 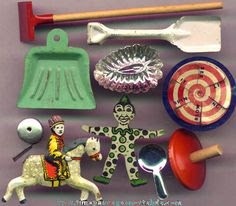 I found myself in a hospital job, since that’s where the money (if you can call it that) is for social workers. I proceeded to become the person I never thought I’d be, I swore I would never become, the burnt out hospital social worker with almost no hope left after long days with no thank yous and almost constant pressure and criticism for not working more magic. My career took on a life of its’ own and it seemed there was no getting out of the rut. Maybe I felt some kind of punishing duty in bleeding myself dry, and I missed the memo about self-care coming first. I’d waver between being a health nut and drinking my blues away, I could not find a balance.
Sometimes I’d sit on the bench outside of the ER, numb and unable to make it any further after a particularly grueling shift where an abusive doctor asked me if I’d gotten my license in a Cracker Jack box when I did not do the unethical things he expected. On one such night a friend happened to call as I sat on the cold mental bench decompressing after work. She instructed me to get up, walk to my bike and get over to her house. I rode the ten miles or so to her cozy Evanston home where I started to come back to life. Friends routinely asked me why I didn’t quit that job, learn how to follow my heart, follow my bliss, do something that I loved. I’d think “and who will pay my bills? What else can I do? This is what I’ve been trained for.”
In days to come I had to ignore the married nurse whose wife I knew, who would flirt with me and give me unwanted compliments. He’d say racist and classist things to spark my ire and called me the Socialist Worker as an insult. “You know, all of these patients are taking advantage of you. They should all be put on island somewhere so you can take care of the patients who really deserve it.” I ignored him, choosing not to pick this battle. I placed a blank look on my face and asked if the homeless unconscious 20 year old laying in the ICU bed, near death, has had any improvement. Then I walked past the nurse into the patient’s room and began to search his belongings to see if I could find a contact number to call amidst the wet and stained bunches of papers in his tattered bag.
I finally mustered up the courage to walk away from hospital social work once and for all, and I was able to shape a career that I love once again. With impeccable self-care I enjoy my well-balanced life outside of work. I serve clients who’ve had unimaginable trauma in their lives, and I do it from an abundant wellspring. 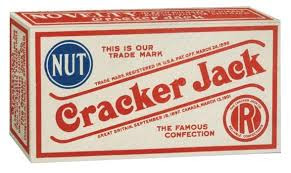 I’ve come full circle. I started as young and idealistic and supported by fine people such as Father Halstead. Today I am older, wiser and hopeful that I can maintain a good life, and from that I can offer myself to others in a healthy way. I am surrounded by people who are doing good in the world and enjoy life. We prop each other up as needed. The COVID crisis has allowed me to give and receive help in an authentic and real way—the help we give and receive when we realize that we are mortal. As one of my favorite yoga singers Krishna Das says, we are “live on earth for a limited time only.”
We have lost more lives to COVID-19 in a few months than we did in a span of over seven years due to AIDS related illnesses in the 80s. The Father Halsteads of the world help people lay a foundation of care that enables us to go forward with faith in good works. "The ultimate moral test of any government is the way it treats three groups of its citizens. First, those in the dawn of life—our children. Second, those in the shadows of life—our needy, our sick, our handicapped. Third, those in the twilight of life—our elderly,” said former Vice President Hubert Humphrey in 1976. This still rings true today and so let’s make it happen, together. As my Buddhist teachers say, may we all be well, happy and peaceful and may we remember that we are not alone.