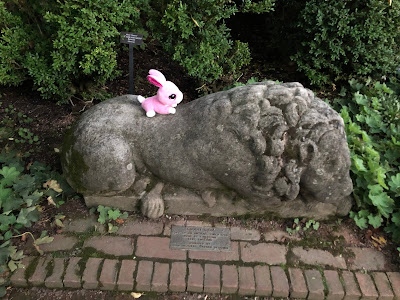 Karen Karen Karen! Who is this not-so-mysterious creature? Neil’s recent piece had me thinking about her again. Karen was the third most popular girls name in 1965 (says Wiki). In the 70s she was a Carpenter with a voice few ears were able to refuse. In the 80s and 90s she did not get much attention. Today she is a household name—this incarnation of Karen finally bearing the attention she has so sorely craved.
There are multiple ideas about where the meme originated— a Dane Cook comedy routine, Black Twitter, Reddit, and “an evolution of an AAVE [African American Vernacular English] linguistic term referring to ‘unreasonable white women.’” (Wiki again).
They are known to call the police on people of color, such as the Central Park Karen who tried to have an innocent black man arrested in Central Park by falsely accusing him of attempting to assault her in May of 2020. The next month, a San Francisco Karen called the police on James Juanillo as he stenciled Black Lives Matter in chalk on a concrete wall on his own property.
The most horrifying part of this is that the Central Park Karen, and many others, may have gotten away with having an innocent black man sent to jail on false charges of attempted assault. It is well documented that innocent black men sit in jail for crimes they did not commit. Many have been murdered for glancing at a white woman. A culture of extreme fear of black men permeates our society and sickens it.
This part of the meme’s meaning is the most important. Yes, it’s unfortunate that a woman’s name is being used to make a point. Women suffer enough hatred and subjugation as it is. I’d love to launch a successful campaign to rename Karen. How about Jerk? Or Donald? (Sorry Donalds, I trust this will not stick).
What’s more important than the name is the meaning behind it and it’s good we are naming this behavior. When we try to live happily in a world with people whose emotional intelligence, ability to practice self-control, and perhaps something more nefarious is fueling them, we are all in trouble.
These days it seems a lot of people espouse the right things. They pepper their yards with BLM signs, loudly vote against an oppressive system, and fancy themselves good-enough. My next door neighbors sometimes play music, and the bass comes right into my tiny house with a thump thump thump. I went over there around the 1st of the year with a bottle of Prosecco and wished the man who answered a happy new year. I was scared to do this, but I took a deep breath and let him know that sometimes I can hear their bass, and it was so loud at times that I was unable to have the peace needed to watch a movie in my little tiny quarantine space. I told him “I’m sure you don’t realize it, so I just wanted you to know.” I offered some acoustical solutions (which are quite simple), and offered to help pay for any supplies needed.
He glanced in at his wife who must have been gesturing to him, and handed me back the Prosecco. He said “you’ll just have to call the police.” I said, “I’m not going to call the police. Thanks so much for being such good neighbors at the time of a global pandemic,” and I left.             Was I being a Karen? I don’t think so, since I was calm and friendly; well, maybe a bit with the snarky pandemic line.
My neighbors are Austin originals with an upgraded Airstream trailer parked in their back yard. They always have fun giveaways placed out on the curb. Up until I asked them to be mindful about noise they were friendly.
What we are missing in this world is humility, and a lack of regard for how others feel. You and I might see that we have been guilty of this. We feel an urgent need to get there first in traffic, and rather than yield to the person trying to merge we “stand our ground.” We want the person in front of us at the store to hurry up, not giving them time to put their credit card away. We say we care about front line workers but treat them like hired help, even as they put their lives in jeopardy to keep the wheels turning day by day. We park in parking spots not designated for
us.
We are easily annoyed, especially under stress, and we are all under stress.
When I heard the thump of music the other day I practiced what I preach. I told myself, “it’s not that bad.” “Nowhere is perfect, there will always be some outside noise.” It worked. I have been practicing kind thoughts towards them. When I walk by their house I think to myself “may they be well, happy and peaceful.”
If we can walk this earth together, hand in hand, it will be better for all of us. We will be happier if we learn not to succumb to our anger, rage, depression, anxiety, impatience and sense of entitlement. If we see others doing so, we can give them the benefit of the doubt. If we slip up, we can apologize, forgive ourselves, and try to focus on doing the next important thing.       A yoga teacher once reminded me to “always try to be a good cog in the wheel.” I have failed many times, and yet with ardent inner work and help from mentors, family, and friends I feel more well-oiled than every before. Self-care is essential. If we are not rested and well-nourished by food and support it’s hard for us to be the best versions of ourselves. Let’s minimize the Donald in us and remember that we are each others’ keepers.