Lois Weisberg: "A flair for life"


I was just finishing up my column Thursday morning when my boss stuck his head in my office and told me that Lois Weisberg had died, and could I write her obit? I said sorry, I've got this column to finish, but knew that I was just ducking trying to grasp her long, complicated career. I had read Malcolm Gladwell's "Six Degrees of Lois Weisberg" in the New Yorker years earlier and had no desire to compete with him. But 15 minutes later I finished up the column, guilt set in, and I went after him and told him I'd do it. It made for a full day, but Fran Spielman did yeoman's work helping out, which is why she has a joint byline. The column also ran, but I'll post that here tomorrow.

By Neil Steinberg and Fran Spielman


She had the respect of both Harold Washington and Richard M. Daley and was friends with both Lenny Bruce and Maggie Daley. She was comfortable hitting up John D. MacArthur personally for money. She was lauded in the New Yorker and has a credit on the liner notes of Allen Ginsberg's 1959 recording of "Howl."
Oh, and Lois Weisberg had a hand in creating many of the cultural institutions that make the city of Chicago such a vibrant place.
Ms. Weisberg, 90, who died Wednesday at her home in Florida, was the tireless, idea-spouting, chain-smoking (before she gave it up) commissioner of cultural affairs through most of Daley's administration.
From 1989 to 2011, she had a hand in almost everything that lent sparkle to the city, from helping create Millennium Park to re-opening Navy Pier as a tourist mecca to suggesting to Maggie Daley that the city turn a white elephant Loop embarrassment, the grassy field of Block 37, into Gallery 37, an artistic mecca for school kids. She turned the abandoned Chicago Public Library main building into the event-packed Chicago Cultural Center, made "Taste of Chicago" a success, and oversaw creation of the Blues Festival and the Gospel Festival.
"Most of us make an effort to think outside the box now and then," said Kimberly Costello Keefe, who served under her in the Department of Cultural Affairs. "It was no effort at all for Lois, who never really saw or understood the box to begin with. Nothing was off limits, unthinkable, impossible and that’s why her legacy is so broad and diverse."
In the mid-1970s, aghast at Chicago's neglected public parks, then "considered rubble-filled, dangerous political fiefdoms," Ms. Weisberg formed Friends of the Parks. She single-handedly saved the South Shore Line from Chicago to South Bend by pressuring Rep. Sidney Yates and organizing school trips to the Dunes to show the line's value.
"Lois has this thing — whatever it is — that brings people together," wrote Malcolm Gladwell, in a worshipful profile, "Six Degrees of Lois Weisberg," in the New Yorker in 1999, the year she brought an obscure Swiss event, "Cows on Parade" to Chicago.
Not everything she touched worked, of course. The follow up to the cows, bringing ping-pong tables to city streets the next year, failed to come near its success. She was also behind the "complete chaos" of the Bears 1985 Super Bowl victory parade, though — Rahm Emanuel take note — she admitted she made a mistake, by locating the parade on LaSalle Street and preparing for 150,000 spectators. Half a million showed up.
"I should have figured out what would happen.," she said.

Bestowed with awards and tributes, she had the rare honor, in 2006, of being declared the first "Legendary Landmark" by the Landscape Preservation Council of Illinois.
"Since she wasn't a building, they honored her body," Mary Cameron Fry wrote in the Sun-Times.

Lois Porges was born on the West Side of Chicago, daughter of Mortimer and Jessie Porges. Her father was an assistant attorney general for Illinois, her mother was a housewife. She grew up in Austin and went to Austin High School. She took elocution lessons and at 16 was the only teen in a local theater group.
"She was always, always interested in the theater, always," said her sister, June Rosner.
Ms. Weisberg first attended University of Illinois, then transferred to Northwestern University, graduating in 1946. There she met Leonard Solomon, a pharmacy student, and they married shortly after graduation, making newspaper columnist Irv Kupcinet, who was married to Solomon's sister, Essee, her brother-in-law, and Kup offered entry into the world of Chicago celebrity and theater.
She was doing radio plays with her childhood friend, Sondra Gair, and became interested in George Bernard Shaw. She then noticed his centennial, July 26 1956, was nearing, and would be uncelebrated in Chicago. So she waylaid John D. MacArthur at the Pump Room and squeezed $10,000 from him, persuaded the city's adult education council to let her throw a Shaw birthday party for 800 at the Hotel Sherman, complete with Shavian vegetarian lunch. Norman Thomas and William Saroyan spoke, and the event drew notice in Life magazine.
"That's how it started," she once said.
Her home on Scott Street turned into a salon for writers and musicians and artists. Thelonious Monk and John Coltrane would show up. Her parties might have Dizzy Gillespie and Ralph Ellison. William Friedkin, who would go on to direct "The Exorcist" and "The French Connection" stopped by often. Arthur C. Clarke, whom she met at a science fiction convention, was in town once, and she paired him up with another writer who happened to be here, Isaac Asimov. In 1959, she sponsored beat poet Allen Ginsberg to visit the city, and recorded him reading "Howl" — "Lois Solomon" is credited on the album's liner notes. Off-color comic Lenny Bruce was a houseguest, to the consternation of her mother, who came to call.
"Bruce had been in the shower and opened the door wearing only a towel," Ms. Weisberg later recalled.
She and Solomon divorced, and in 1962 she married Bernard Weisberg, a well known civil liberties lawyer who became a federal magistrate.
In 1975, Ms. Weisberg was director of development for Business and Professional People for the Public Interest. She read a magazine article about the decline of Chicago's park system and snapped into action, creating Friends of the Parks, leading a volunteer cleanup of Jackson Park.
"People need the parks as much as they need bread," Ms. Weisberg said, when honored in 1995 for the group's creation. "They are probably the most important recreational part of life of any city."
She was also executive director for the Chicago Council of Lawyers.
She joined Mayor Harold Washington's staff in 1983 as executive director of special events, though one of her first events — Washington's birthday party at McCormick Place — did not go smoothly. Wheeling out a giant birthday cake, Ms. Weisberg realized they didn't have a knife to cut it. Grabbing a convenient hammer, she extended it, smiling, toward the mayor, and was wrestled away by his security detail, who had no idea who she was.
She "figured out every detail" of his second inauguration in 1987, including handing out packets of seeds to honor Chicago's "city in a garden" slogan.
"We want them to be a symbol of the birth of a new Chicago," she said at the time.


In July, 1987 she quit, saying she was "completely drained after four years in a pressure cooker" and wanted to spend more time with her family. But in 1989 Daley appointed her head of his new Cultural Affairs Department.
"What an odd pairing. They worked very fruitfully together for a very long time," said her son, Jacob Weisberg, editor-in-chief of Slate. "Their partnership was a marriage of strange bedfellows. Daley saw the good she did for the city and realized those weren't results he could get any other way. She found him open in ways she didn't expect to her unconventional approach to government."
In 1991, Ms. Weisberg oversaw the transition of the city's 1897 landmark central library on Michigan Avenue to the Chicago Cultural Center.
"It must be a place where families and people of all ages can have the opportunity to partake in free cultural programs in the visual arts, dance, music and theater," she said.
In 1999, her "Cows on Parade" brought an estimated $200 million in commerce to the city. She created local art fairs and street festivals, and brought public dancing to summer evenings.
"If you're talking city arts festivals, exhibits, concerts, grass-roots arts funding, you're talking Lois Weisberg," M.W. Newman wrote in the Sun-Times in 1991 calling her "the den mother of the arts."
In January, 2011, when Daley was merging the Department of Cultural Affairs with the Department of Special Events, Ms. Weisberg quit.
"One of the main reasons I am leaving is that I am angry about the way the mayor has treated me," Weisberg told the Tribune. "Not to ask me about [the merger], not to get any input from me about something like this merger, and about privatizing the festivals, strikes me as just wrong."
She had also been under pressure for her way of connecting people and making hires, which was not in keeping with Shakman restrictions.
In addition to Jacob Weisberg, survivors include Joseph, her other son from her marriage to Bernard Weisberg, as well a daughter from her marriage to Leonard Solomon, Kiki Ellenby, eight grandchildren and three great grandchildren, as well as her sister, June Rosner. Her daughter Jerilyn Fyffe died in 2011.
What was Lois Weisberg's secret that allowed her to live such a full life?
"She just had a flair, a flair for life," said Rosner. "She always had these wonderful ideas."
"She didn't understand the obstacles and difficulties," said Jacob Weisberg. " "She had a one of a kind talent for making things happen. She thought a good idea was a powerful force in the world."
Funeral services will be Monday 1:30 p.m. at Anshe Emet Synagogue in Chicago. 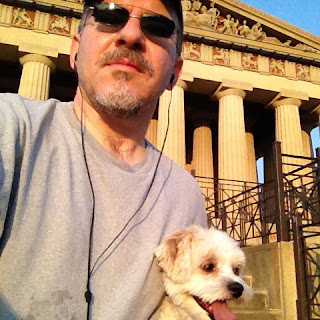