Flashback 2007: A boy's best friend; Drew's mother might not know best when it comes to his guilt or innocence 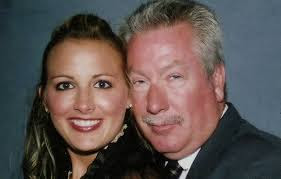 Need a Day-After-Thanksgiving lift? An overcast November Friday pick-me-up? Here you go: Drew Peterson is both forgotten and still in prison. Remember when it seemed like the newspaper couldn't publish an edition without the spouse-slaying suburban cop's fat florid mug all over the front page? Ah, good times. I happened upon this old column with a poignant, post-Thanksgiving Chicago scene and, rather than just run the item, I thought I would give the entire page-spanning epic, just in case you've got time to kill today. while your body tries to digest the offense committed against nature yesterday. Remember Michelle Shocked's words of wisdom: "Except for the holidays, it's a fine time of year."

Once I found myself on a ship, sailing to Martinique, chatting with the South African golfer Gary Player. He seemed an affable fellow, and so I was emboldened to ask him how he could go around the world representing his country's vile apartheid system. Player's answer stuck with me: "Nobody ever asked Arnold Palmer how he could be an American golfer with the Vietnam War going on."
Good point—you can belong to something, take pride in it, and yet not be personally responsible for its every flaw. Sort of my reaction when readers challenge me about a particular aspect of this newspaper. I tell them that I don't run it, and that my ability to influence its decisions is pretty much limited to writing this column.
Take Tuesday's front-page expose on Drew Peterson's mom, Betty, who—stop the presses—is not only certain that her boy is innocent of any misdeed, but felt moved to lecture the putative victim that she's ashamed of her for causing this mess for her dear son.
"I could swear on a Bible that he would never hurt anyone at any time," she added.
Is that not the classic lamentation of the mom of the accused? Is there a felon in prison today whose mother isn't convinced he's not guilty? Peterson's mother being certain of his innocence is not only not front-page material, but instead is completely without any significance whatsoever. God bless mothers everywhere, but their opinions on the guilt or innocence of their offspring must be taken, not with a grain of salt, but with the entire jumbo blue canister tucked under the arm of the Morton Salt girl.

Not that anybody asked me.

The per capita quota of purple-hooded jackets, pink backpacks, and sippy cups shot up in the Loop this week, as the annual Children's Crusade hits downtown, a juvenile tsunami created by the combination of Thanksgiving break, the beginning of the holiday season, and early onset cabin fever.
There were six children on my train car this morning, and I slid into the open seat behind a mother and daughter—the seats around children on Metra trains are invariably vacant, as my fellow commuters cringe in disgust away from the prospect of their reverie on charts projecting market data for flummox couplings in fiscal 2011 being perchance interrupted by a childish squeal of glee.
I always flop gratefully into those empty seats. Because I have been annealed in the furnace of my own two boys, and enjoy nothing better than to park behind some toddler and her escort and wait, patiently, until she inevitably sends up a wail, and her haggard parent, trying in vain to quiet the tot, eventually looks up with that tentative expression of entreaty, her curiosity over how her offspring's fit is going over on those nearby overwhelming reluctance to perceive the newspaper-ruffling tut-tutting of the heartless commuters. At that moment I like to smile sympathetically and say, "Been there." (Dante says half of heaven is made up of Jews; this is how they get there.)
The girl in the seat in front of me wasn't crying, but sat on her mother's lap, perfectly composed, taking in her surroundings with huge blue eyes that matched the blue bow in her hair and were a shade darker than her blue cable knit sweater and whale-studded dress.
"This is your first time on a train," her mother asked. "How do you like it?"
"It's so beautiful," said the girl, flapping her hands in all directions, as if to take in the entire car. Then her attention shifted to her mother, and she flapped her hands at her.
"But you're more beautiful," she said.


Going south on Des Plaines Street in Ed McElroy's Cadillac, the Great Chicagoan himself at the wheel. The rococo splendor of Old St. Patrick's Church looms to the right.
"The oldest church in Chicago," says Ed, of the structure, completed in 1856. "And the prettiest. Ever been inside?"
I think for a moment.
"Steve Neal's funeral," I say.
"Right," says Ed. "I was there. I gave you a lift."
A red light at Adams. I turn to look at the church, batting away somber memories. At that moment, the front doors of the church fly open and children -- boys and girls, about 5 or 6 years old -- pour down the steps. They are in uniform, white shirts, blue pants or dresses, some in scarlet jackets. The boys are wearing paper Pilgrim hats, with the big buckle on them, the girls, more demure folded blue caps. There are a lot of them -- it's Grandparent's Day at Old St. Pat's—600 kids from Frances Xavier Warde School, attended by 400 admiring grandparents.
The new priest, Father Tom Hurley, takes his position on the sidewalk, resplendent in his cream-colored robes with colorful embroidered trim, nodding and smiling. But it's hard to even look at adults with so many bright, boisterous children, each face aglow with a look that can easily be translated as "Thanksgiving!!!" as they are shepherded toward the buses.
"They don't know what's ahead of them," says McElroy, 82. Now there are several ways to interpret that statement, but I detect a touch more somberness than I'm used to from the glib speechmaker and master of ceremonies, and so I take it to mean: Life hits you upside the head like a sap filled with lead shot.
"Well," I say, unexpectedly sallying to the defense of the future. "There'll be good things, too."
The light changes. We take a right on Adams, and head toward Carmichael's and lunch.

Today's chuckle
We need a sour sorbet to get all that child-induced sweetness off our palates. This is from Kathleen Madigan:
Kids? It's like living with homeless people. They're cute but they just chase you around all day long going, "Can I have a dollar? I'm missing a shoe! I need a ride!"