Flashback 2010: Santa has all those elves to help him 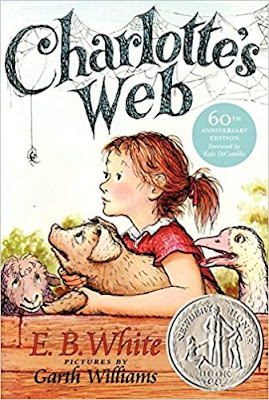 Thanksgiving hasn't even arrived and already Christmas is placing its demands. And on a Jew yet. Then again, we in the newspaper biz have to look a little further down the road than most, to make sure we stick our landings, and don't run the Christmas Special on Dec. 27.
In that spirit, Today the paper is rolling out its annual Letters to Santa Program—let's see Craigslist do that! Mark Brown kicks off the effort Sunday, and I'm in the line-up right behind, striding to the plate to take my swing on Monday.
After writing tomorrow's offering, I looked at a few efforts from years past. Consistent in tone, I'll grant myself that. Though 2017 was particularly prickly, leading me to wonder if I perhaps am—shudder!—mellowing with age.
Anyway, grinding out a few larger projects, and not at all feeling like writing anything more complex than this intro for today, I wondered what other Letters to Santa columns I had stashed in the vault, and found this relatively innocent effort from 2010, worth recalling only for its re-visiting of an American classic that you might not have opened in too long.

If you could give a child you never met a book, what book would you give?
It matters, I suppose, that the child is a boy, 8 years old, as he mentions—no doubt under instructions—in his letter to Santa.
"Dear Santa," he begins. "My name is"—I suppose I should shield the name—"I go to Mayo School. I am a 8-year-old boy. I will love to have a book, a teddy bear, and I will love to have a bookbag for Christmas. Thanks Santa."
Usually I dodge the do-goody Christmas stuff. But this year someone asked me directly to help with the Sun-Times Season of Sharing, which answers children's letters to Santa. The "No" caught in my throat. So I got a letter asking, not for a mitt or a puzzle or something easy, but a book, which stuck me with the metaphysical question, "which book?"
My first impulse was Harry Potter and the Sorcerer's Stone. All the kids love Harry Potter, and it would make a satisfying tome for this lad to heft on Christmas morning.
But an 8-year-old—that's young. Harry Potter might be a little dark.
The cover letter explains that the letters are from the Wabash YMCA Child Care Program, that 95 percent of the children live in poverty, and many are in single-parent homes or being raised by grandparents.
In that light, the message of the first Harry Potter book—do nothing and a world of wonder will show up unexpectedly and pluck you out of your dire circumstances—may not be the most helpful advice to give a child perhaps facing a steeper climb up life's hill than most.
Which made me think of Charlotte's Web, the E.B. White classic about a naive pig, Wilbur, who avoids a date with the chopping block due to the caring, effort and cleverness of his friends, first a little girl named Fern, and then a grey spider named Charlotte.
In addition to the story, there is the farm itself, which may be a revelation to a city kid. Fern washes with a bucket and a sponge.
"The barn was very large," writes White, who knew his way around a farm. "It was very old. It smelled of hay and it smelled of manure. It smelled of the perspiration of tired horses and the wonderful sweet breath of patient cows. It often had a sort of peaceful smell—as though nothing bad could happen ever again in the world. It smelled of grain and of harness dressing and of axle grease and of rubber boots and of new rope."
Wilbur is teased ("Pigs mean less than nothing to me," sniffs a lamb) but stands up for himself. The book offers a variety of evergreen messages, from "People are very gullible" to "summertime cannot last forever."
I stopped by the Book Bin to buy the boy a copy, and was presented with one of those gut check choices that discourage me from doing this kind of thing: paperback or hardback? The paper was $6.99, the hardback $10 more.
"Kids don't really care about the tactile quality of books, do they?" I wondered aloud, eyeing the paperback, tempted to save 10 bucks. But what kind of gift is a paperback?
"Do unto others . . ." I said, buying the hardback. If you're going to pass a book down the generations, it needs to be sturdy.
The teddy bear was easier—big, soft and with a beige scarf that says "Bear."
I pictured a "bookbag" as a squarish affair with a flap, but my wife said what the boy means is a backpack, and we found one that was sort of an urban camouflage that would appeal to the budding survivalist in every boy.
By that time I was having second thoughts about Charlotte's Web, just looking at the cover, with a placid-faced Fern holding Wilbur. It's a book about a girl. I bought this poor boy a book about a girl. Though I comforted myself that, at 8, the whole anti-girl thing hasn't kicked in too strongly, and if he reads the opening sentence—"'Where's Papa going with that ax?' said Fern to her mother as they were setting the table for breakfast."—he'll be hooked.
My wife dug into the mass of books left from our  boys' single digithood: Spiderman, Freckle Juice by Judy Blume, the On the Run series. Sweetening the pot, just in case.
The cliche is that helping others benefits the giver, and I can vouch for that. I have no idea whether this lad at Mayo School will take to Charlotte's Web, but my Monday was embroidered by re-reading the book for the first time in a decade. Maybe he'll find comfort in it too and, if not, there's always the teddy bear.