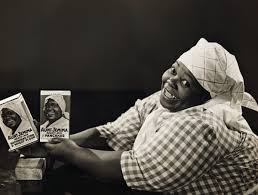 My primary experience with Quaker Oats is writing about how thoroughly they screwed up Snapple, buying the brand and running it into the ground. Plus their oatmeal is way down the pantheon of beloved hot breakfast cereals, a distant third loping along after Cream of Wheat and Maypo.
So my reaction to the company dumping Aunt Jemima Wednesday in the wake of the George Floyd protests, was a kind of gentle amazement.
"Quaker did something right?!" I marveled. "Well good for them. Had to happen eventually."
That for a century and a quarter pancake mix was hawked by an offensive racial stereotype goes without saying. The round jovial "mammy" was one of the happy faces that white folks put on the incomprehensible horror of slavery, which is why she was on the box, dutifully serving up her pancakes.  The name came from a song in a minstrel show, the "Aunt" a particularly direct relic of slavery. A white person couldn't call a Black woman, "Mrs." but "Aunt" was suitably familiar, diminutive with a sprinkling of affection and respect.
The wonder is she lasted so long—130 years. To all those blinking bigots stepping out into the light of day to argue that this is all in the dim past, we can now point out that the last American receiving a Confederate Civil War pension died May 31 and that a major American corporation gave its racist totem retirement, ah, Wednesday. (Being late to the party is typical of Quaker, which finally let AJ take off her plantation do-rag all the way back in 1989).
As a fan of brand mascots, I tend to be sorry to see them go, but Aunt Jemima won't be missed. First, because their products are so meh—their mascot could be Taylor Swift, or a snaked-headed gorgon and it wouldn't matter to me. I wouldn't buy that stuff, not while you can whip up your own pancakes and top them with real maple syrup. 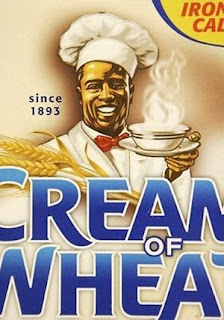 I might feel a pang of regret were Cream of Wheat to ditch their Rastus mascot. He's such a cheery presence. If you read the tale a few decades ago, he's a Chicago waiter given five bucks to pose in a chef's hat and never heard from again. But in recent years he became Frank L. White, a "master chef", which might show some strategists at corporate headquarters are finally thinking a little. That grounding in a real person, in theory, might be enough to get current owner B&G Foods off the hook—they say they are reviewing the situation—though don't bet on him sticking around. Uncle Ben is being called into human services as we speak and given the bad news about his future as a rice spokesman.
But if our swirling times fling Rastus to the curb next, I'm certainly not going to be the guy braced in the doorway trying to stop them. The maiden on Land O' Lakes was nice, but it's still butter, and the Wisconsin landscape on the box is still quite pretty without her.
Icons do have value. I revere the Big Boy character even though Big Boy Restaurants tend to be lousy and you couldn't prod my wife into one with a pitchfork, not after the series of awful meals we've endured there.
But mascots aren't everything. McDonald's has perhaps the worst mascot ever—Ronald, a truly frightening clown, with his sex doll mouth, like an escapee from a John Wayne Gacy wet dream—and he didn't hold the company back too much. 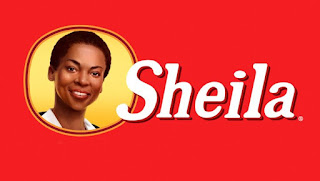 I hope Quaker replaces A.J. with somebody. They'd do well to take the Onion's sound advice, and find a real version of Sheila, the satiric site's "black female lawyer who enjoys pancakes sometimes." They could have a contest. People love contests. Trying to sell Nobody Offensive Pancakes just isn't going to fly.
Let me tell you my concern about this type of thing. There is an argument that pulling down statues, exiling mascots, and the like create a world where the irrational bigotries of the past, which created these symbols, have no place. A racial version of the broken windows theory. Take care of the tiny stuff and the big stuff falls into place. Ditch Chief Wahoo and maybe not so many people in this country will be such narrow minded bigots. That is certainly possible.
However.
This process can also be seen as the ritual picking of the low-hanging fruit. We can't fix the police. Or jobs. Or education. Or the economy. We can't remove whatever gland—I think of it as being somewhere near the hypothalamus—secretes racial poison in so many people and sends it coursing their their veins. But we sure as heck can pull Aunt Jemima off the box, give her a bus ticket and send her on her way. It isn't progress so much as busywork, a distraction so maybe we don't notice that nothing substantive really happens. Again.
I know extrapolating to ridiculous ends as a way to protect any given development is a Fox News trick, and I am not slyly defending Aunt Jemima. She's gone, good riddance, they can get rid of the Quaker Man next, for all I care. In fact, they should, because he's been a thumb in the eye of actual Quakers for 140 years. We wouldn't permit "Jew Oats," would we? A reminder of what this unrest is about: that African-Americans are fighting a special system of repression designed only for them. If you think slavery wasn't a huge boon to the America's economy, an unpaid debt, then, remember: its progeny was selling pancake mix up to this week.