An assist for the husband. 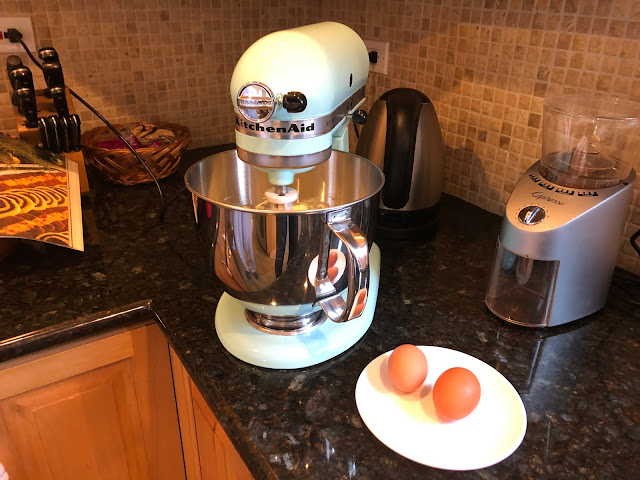 A good marriage involves teamwork, and a bit of coordination. One spouse leaps in the air and floats toward the rim, the other fires the basketball at the perfect moment.
It was my wife's soaring impulse to greet the return of our oldest, who likes to bake, with a stationary mixer. I passed her at the computer in the living room, online, looking at the Cuisinart Precision 5.5 Quart Red Stand Mixer. Good looking, sleek, and it would do the job for $200. I paused, looking over her shoulder.
Not quite.
"I like your thinking," I said. "But get the KitchenAid."
She said thought of that, she said. But the KitchenAid is a lot more. Almost twice as much. This is a better value. It mixes.
"Ninety-nine percent of the time we're just going to be looking at it," I said. "The KitchenAid is a classic. If I'm going to look at at mixer sitting on the counter for the next 20 years, I want it to be the good one."
No, she said, that wasn't happening. Okay, I shrugged. No biggie. It was her project. She could get what she liked. It would still beat eggs.
A while later—a half hour, a half day, three days, so hard to tell during the plague's second year, which looks like it'll be foreshortened, but ain't over yet. I saw her purchasing the KitchenAid in what I call "Tiffany blue." Well look at that. I smiled. I can't tell which made me happier: getting the cooler, better albeit more expensive, machine. Or the fact that I actually had had some input into the running of the household. An idea of mine was good enough to put into action in the living world.
I was even happier when it arrived—heavy—and we opened the box and put it on the counter.
"Our grandchildren are going to be using that," I said, looking at it closely. It gleamed like a gem.
"You never even have to use it," I continued. "In fact, I prefer you don't. I won't get dirty that way."
Here my wife, wisely, chose not to listen to me, and did use it, almost immediately. To bake pinwheels. It isn't like you can buy them anymore. The results speak for themselves. 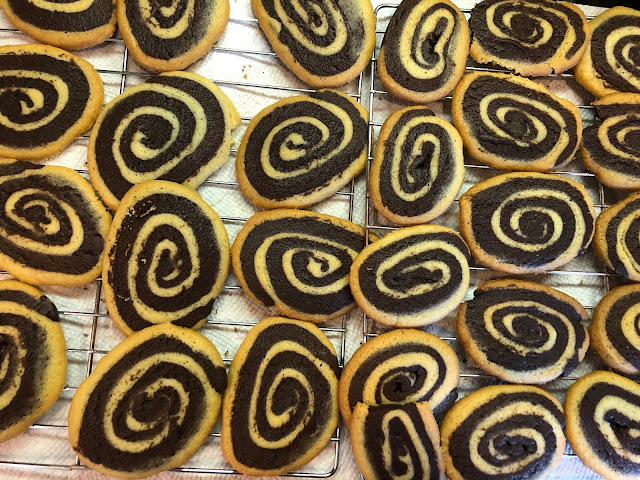