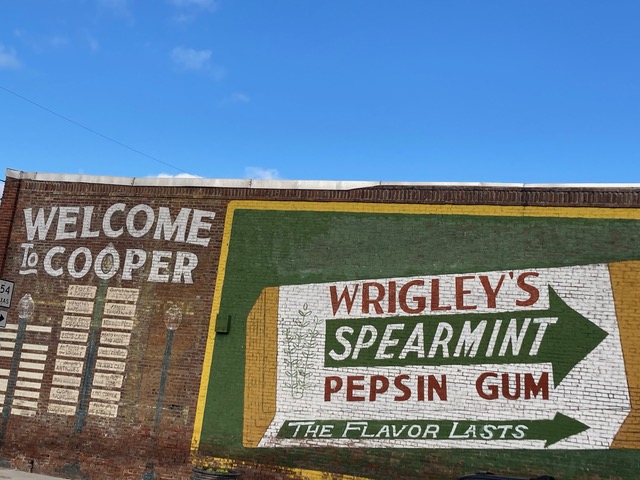 Soon to be Ex-Austin-Bureau-Chief Caren Jeskey shares her journey home to Chicago.
Skeeter Sims. Mule Clark. Hoot Owl Hatcher. Turkey Beckham. Baby Beef Chandler. I stepped gingerly around faded Texas stars emblazoned into a sidewalk in Cooper, Texas. As I read the names memorialized in the middle of each concrete star, I thought “how beautiful. This town really loves their animals.” Then something inside of me (I hear her a lot these days, my inner intuitive voice) spoke up and said “Those are the names of people.” I was touched. Imagine your name preserved into a sidewalk of the town where you lived. What an honor.
I did not know why these particular names were chosen. Were they veterans? I surmised that my question would be answered when I got to the starting point of the display. I made my way down, photographing each and every name since they were all too good to be true. Foxy Roan. Pig Choate. Bat Poteet. 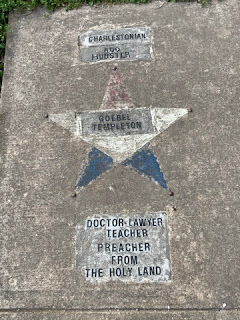 But no. All I got was a marker for a Miller’s Pharmacy, and more names. I learned that Goebel Templeton was from the nearby town of Charleston. He seemed well loved and had extra signage. Hubster Doctor Lawyer Teacher Preacher From The Holy Land. He’s someone I might have liked to meet. We could have sat down and had a soda or a whiskey and cigar on a bench near a cobblestone street. I could have listened to his story and marveled that his life was so different than mine, even though we are both “American.”
I’ve learned in my time here in the Country of Texas that people are more like snowflakes—in a good, individualistic way—than I ever knew before. I have a soft spot in my heart for almost everyone I’ve met, especially countless seniors I spent time with along the way in the hospitals where I worked. There was the man who wanted to set me up with an oil guy. That was before he got pissed at the doctor and went to his truck to get his shotgun. The crisis was averted with the help of local law enforcement, thank goodness. What I will remember about him, more than the threat of feudal violence he displayed, was the time he recited a poem he’d written for his wife when she was 12 years old. At the time of this reading she was in her late 80s without much mental capacity left. As he recited the poem she sat up in her bed & came to life. She murmured the words she could remember along with him, and we all cried. (I won’t get into the fact that I was disciplined for crying at work when a stone-faced bitchy nurse reported my “lack of professionalism.”) 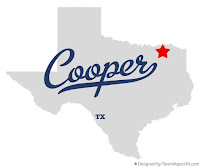 I reached out to the host on the ranch I am staying on to ask about the names. “They are people who have animal names that have lived in the community. Wolfe Lowery is my husband’s uncle.” Goebel may not be an animal name per se, but it’s the name of a company that makes animal figurines. I am starting to get it.
As I researched more about Mr. G, I learned that a 500-pound meteorite fell to this part of the earth during the passage of Halley's Comet, bringing some publicity to the community of Charleston in May of 1910, 111 years ago. Mr. G would have been about 3 years old at that time. How did that affect his life? What did his folks think about this comet that fell from the sky?
It’s not lost on me that I am in the land of flat-earthing non-masking Ted Cruz-loving folks. Did they think the Lord sent the comet for a reason? This land is my land, this land is your land. Staunch Pentecostals and atheists alike are invited! So here I am, exploring this land that belongs as much to me (well, the public lands and thoroughfares I traverse, and sometimes the places I rent) as it does to anyone else. My mind is being blown over and over again in the Big Star State that I am going to leave behind later today. 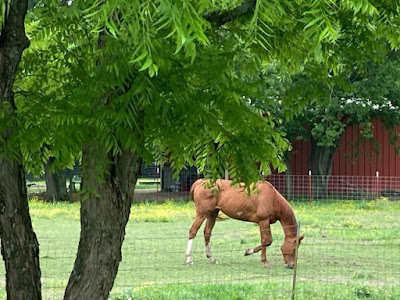 So far on this jaunt in Cooper, I got spooked by a horse who was probably more scared than me. I met teens fishing for crappie who’ve never been out of East Texas, the same horse doesn’t like cucumbers and spat the one I offered him back out to me, opting for flowering clover instead, and I almost stepped on a severed drum head. I huddled and quaked under blankets and pillows the other night while 87 mph winds raced across the plains and lightening was continuous. I was terrified. Friends in Louisiana and California followed the radar and texted me with advice and comforting words during the tornado watch, until it passed.
Tomorrow I will go find the tiny house community I was told about today, and perhaps visit another small town to learn of its charm. Yes, this is the South and I am always aware that certain people are far from being welcomed here, are far from safe, and that makes me sad. I’ll be back in Chicago soon enough where I can continue to do my part to affect social justice while enjoying my “one wild and precious life” in the words of Mary Oliver. Wishing you the same.
Posted by Neil Steinberg at 12:00 AM