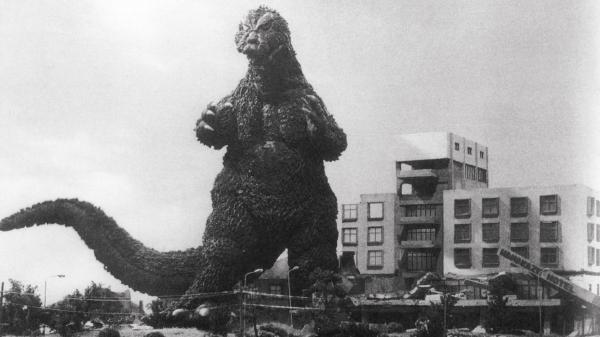 Seven hundred days? Where has the time gone?
That's easy. Washed over the waterfall of wasted opportunity. With the entire state of Illinois soon to follow, battered on rocks, then breaking apart as it plunges into the frothing financial abyss.
Unless . . . .
Well, unless nothing. This isn't going to be fixed. Not now. Not next month. Maybe not next year. Maybe not ever. We're at the light incense and pray for Superman stage of the problem.
It is disingenuous for the Sun-Times, my beloved mother ship, to post a daily front page count of how long it has been since Illinois has had a budget. The idea is that doing so will somehow shame our leaders into coming to an agreement and getting on with the business of trying to right the capsized and foundering vessel that is Illinois.
But really, if embarrassment were a possibility with the speaker of the house and the governor, this would have resolved itself long ago. I've met crackheads living in a nest of blankets on Lower Wacker Drive who had a more highly developed sense of shame than these two jokers.
I do not want to fall into the easy "a plague on both their houses" trap. Yes, they are equally unpleasant men.
Bruce Rauner is a callous, sneering billionaire who comes across in person like the human model of C. Montgomery Burns on "The Simpsons." Rauner expressed no interest whatsoever in public life beyond enriching himself until, perhaps bored, he took some of his bottomless lake of money and began fire hosing it at Illinois—a kind of political waterboarding. Eventually the state, sputtering and gasping, cried uncle, and elected him governor over Pat Quinn. Good old Pat, standing at the mound in his zigzag T-shirt, lowered his head as if weighed down by the brim of his enormous baseball cap, uttered a sigh and padded home.
And Mike Madigan is a grim slip of a man: think of a last year's jack-o'-lantern mounted on a broomstick, the whole thing marinated in vinegar then hung out to dry.
Rauner is definitely in the wrong. He's kneecapped the budget, tying it to a variety of side issues—castrating the unions, demanding term limits so that no future Madigans can spawn. With typical my-way-or-the-highway Republican scorn, he demands capitulation then denounces his opponents for holding as fast to their convictions as he does to his own. Even as unions founder, corporate profits soar, and non-CEO salaries—surprise, surprise—stagnate, Rauner insists that the union bogeyman must be defeated before someone tosses a life ring to Illinois.
If rich old white men like Madigan and Rauner were being hurt by this impasse, it would have been resolved yesterday. But it damages the poor, the struggling young—who rely on public universities and colleges that are dropping staff, injecting furlough days into their academic calendars, and, in general, suffering on starvation rations. Plus those with disabilities, victims of crime, and all the unfortunates who must fall back onto a safety net that both men are pawning to the rope merchant.
Am I near the end? Good. Because this is pointless. Rauner doesn't need to compromise—his kids are fine. And Madigan can't without prying the fingers of what remains of the Illinois middle class off the bottom rung of the ladder. So as the days and years dribble away, our two leaders, like Godzilla and Rodan, grapple and roar and roll around, smashing the model Tokyo to flinders.
Godzilla never seems to mind the buildings being crushed beneath him, does he? Mothra doesn't flinch before pulling down the sparking power lines. You never see the guys in the rubber suits pause, thinking, "Gosh, I hope those people on that bus are OK. . . ." They're monsters. They don't care. That's he definition of being a monster. Not caring.
If either Madigan or Rauner care about the state being ground to kindling under them, there is scant evidence. The people of Illinois, we care big time. We can't afford not to. But nobody hears our voices over the din; they must be muffled by those thick rubber suits.
Posted by Neil Steinberg at 12:00 AM