The humdrum life is thrilling enough 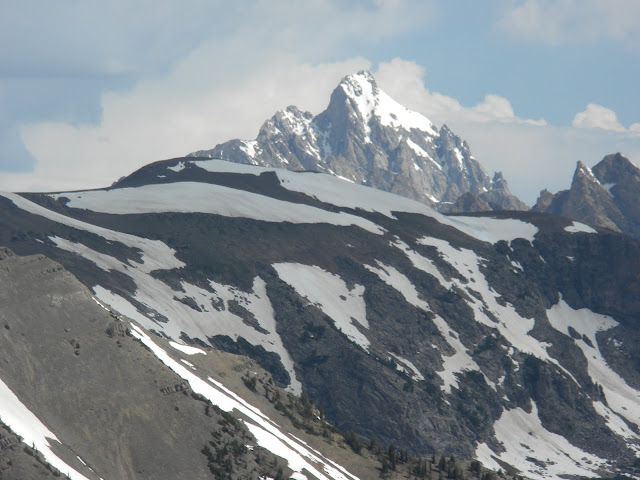 This past week was a particularly lethal one on Mount Everest: four climbers killed. Which made me think of this column, written—ack!—over 20 years ago. It has the shades of immaturity upon it. I don't think I would quite so casually mock a father-to-be who had just died in a mountaineering accident. Though I am proud of making the connection between mountain climbing and drug use. And remember, at the time I wrote this, I had been on paternity leave, helping tend a newborn for seven months. So I had something of the mania of a glittering fanatic myself, deep in his own struggle up the mountainside.

The weather was calm, the air, still. It was just after lunch when I set up my base camp, on the southern ridge of the green sofa. The view, of the rocking chair and the expanse of the dining room beyond, was fabulous.
If conditions held, my goal was in sight. I was almost there, drifting off to a pleasant slumber, when my wife clattered into the room, performing some sort of chore. My eyes snapped open. The elusive quarry would have to wait for another day.
Napping doesn't enjoy the good publicity that mountaineering does. I have no idea why. Naps are far more pleasant and attainable. Plus the odds of perishing in a freak storm, the way eight climbers on Mount Everest did recently, are almost nil.
Perhaps if naps had better hype—a few hyperkinetic TV commercials showing paunchy guys wearing their Snooze Nikes as they sprawl on comfortable couches, a few blowzy memoirs with titles like My Naps on Seven Continents—then some of those climbers would have stayed home, and been alive today.
As reluctant as I am to detract from the grand, operatic techno-tragedy of dying climbers cell-phoning in their last words to their soon-to-be widowed spouses and half-orphaned children, somebody should point out, if only in a hushed whisper, that these people are idiots, throwing their lives away in pursuit of a transcendent thrill.
That sounds harsh. Outdoorsy types—clerks at mountaineering shops, board of trade members who've taken a few adventure vacations—will disagree, of course. They'll evoke all sorts of piffle about sportsmanship and Just-Do-It-itivity, and facing the ultimate challenge. The same fairy tale we've been telling ourselves for a century.
In the beginning, there was the excuse of exploration and science. Now the climb is just a meaningless, cargo-cult imitation of those early expeditions, done for self-glorification. People climb Everest to prove something to themselves, as a personal accomplishment, as an adventure.
Fine, so far. But isn't that little selfish? What about their families? What about their kids? That view from the top of Everest must be really something, to be willing to risk it being the last thing you ever see. That climber with the wife who is seven months pregnant—if he wanted a thrill, he could have gotten one by just hanging around the house for another two months. Perhaps even a bigger thrill than climbing Everest—he'll never know now, will he? The tragedy isn't that he was killed; that was just bad luck. The tragedy is that he went.
Seeking thrills, in general, is overemphasized. Perhaps I'm just a cautious type, but I find life plenty thrilling, right here at home. Sometimes just merging onto Lake Shore Drive at Fullerton is enough wild adventure to last me a week.
If there was a difference between the climbers who died from bad weather on Everest and the junkies who died that week from bad heroin in Baltimore, I would suggest it is a minor one, a fine shade of athletics and legality that has little bearing on the end result. Both groups were paying money to enjoy a dangerous sensation. Both found the routine of life too burdensome to be endured.
Given our public distaste for chemical adventures, the wholesale endorsement of physical thrills—from bungee jumping to hang-gliding—is something of a mystery. Isn't the danger of heroin the basis for making it illegal? Why are adventurers seen as heroic and addicts as pathetic? Just custom? Or maybe the thrill of physical adventure is "earned" through sweat equity, and drugs are seen as lazy and therefore repugnant.
The immensity of any potential thrill must be balanced against the smaller, daily thrills endangered by grasping at it. I remember, back in college, a friend of mine once extended a handful of LSD tablets. "Here, take one," he said. "They're great."
I was sure they were great. But I was also worried about chromosome damage—a false concern, perhaps. "I'm sorry," I told him. "I just can't see my wife someday giving birth to a calf's head, and her looking at me for explanation, and me shrugging and saying, 'Sorry hon, but I just wanted to get high.' "
Perhaps that is timidity. And, to be honest, I have at times regretted not taking the acid. People speak highly of the experience. That was my chance and I blew it.
On the other hand, I'm here. Maybe I would have taken the acid and promptly jumped out a window. People do that. And, in balance, measuring the potential fun of a 24-hour LSD trip versus the 17 good years I've had since then, I think I made the right decision. Normalcy isn't that bad. It can even be thrilling at times—provided that your wife doesn't go around making a ruckus.