Piercing info; You never know what you'll find on Facebook 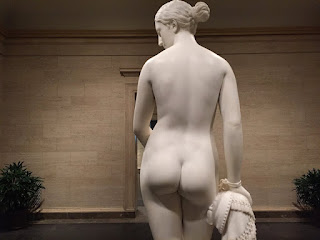 I spent the long weekend getting ready for Thanksgiving, cleaning up from Thanksgiving, then puttering around the house, trying not to do or write anything. I generally kept off Facebook because when I dipped into the thing it seemed, not so much a dynamic gathering of friends and associates, but as an electronic backwater, a new way to be lonely.
Looking for a post for today, I jumped into the archives and put my name and "Facebook" into the search and came up with this chestnut from almost a decade ago. So long ago that I felt the need to explain what Facebook is on the first reference to it: "the social networking site." How quaint is that? Akin to saying, "I looked for a telephone, that popular communications device..."
Well, I suppose Facebook still has its uses—Scrabble comes to mind—though it hasn't served up a topic like this one in many a year.

The neat thing about this job is that you never know where it will lead you.
For instance. The Sun-Times asked us to join Facebook, the social networking site. Sure, it seemed a little one-on-one for a supposedly mass communication business. It was as if they started encouraging us to run up to anyone we saw on the street holding a copy of the Sun-Times, drape our arm around their shoulders and gush, "Hiya pal! Enjoying your newspaper?"
But heck, if giving hundreds of strangers a little electronic hug makes them feel loved, then why not?
Besides, it's fun. I get a few new "friends" every day, tell them it's nice to meet them, glance at their bios, and perhaps ask a question based on who they are. What's an 85-year-old man doing on Facebook?

What's a mechanic do at a soda can factory? What's new at Loyola University Medical Center?
The senior citizen didn't reply. The mechanic maintains the die punch presses. And Anne M. Dillon, as befits a media director, rattled off what's happening at the hospital: there's the study of high-fructose corn syrup in sodas and its effect upon the kidneys; the OB/GYNs are "up in arms about the prevalence of labia and clitoral piercing among young women . . . "
Stop right there, I said. Tell me more about that high-fructose corn syrup study . . .
Kidding. Of course I wanted to know more about labial and clitoral piercing -- because really, if I don't ask, then how are you ever going to know?
"The concern we have is mainly trauma during the actual birth," said Sarah Wagner, a doctor of obstetrics and gynecology at Loyola. "The piercing can get in the way of the delivery of the infant, and can be traumatic to both the infant and the mother."
She said that while patients invariably agree to remove them prior to childbirth, that with the profusion of piercings, not every prospective mother might know to do so.
"We've definitely noticed an increase in genital piercing," she said, estimating that she has perhaps half a dozen patients in her practice who have the jewelry in their nether regions.
"It's less than 1 percent, but it's there," she said.
She said the biggest risk right now is getting the piercings in the first place.
"People can have some pretty awful infections to the surrounding tissue," she said. "Infections that get deep as the bone."
So given the risk, why do women do this? Is it a tribal sisterhood type of thing?
"To my knowledge, they're doing it for sexual pleasure," she replied.
Clearly, more research was called for. Experts only take you so far. I turned to help from Facebook, which did not let me down.
"I was a freshman in college," recalled Eileen McCarthy, 23, when she and a group of her friends decided to embellish themselves.
"Since I had my nose and tongue [pierced], they suggested to get my [genitals] pierced," she said. "I think they were joking, but I agreed to go through with it."
She had it done at a place called Hobo's in Portsmouth, N.H.
"It was a little painful, but not too bad," she recalled. "It was more like a little pinch. It was my least painful body piercing. I did not have any complications."
She never told her family about the piercing --which she says she did not find particularly stimulating -- and removed it when a guy she was dating felt it was "trashy."
McCarthy was 18 when she had the procedure done, but those in the piercing world say this is in no way limited to young women.
"It is common for a woman who has no other body art to get a genital piercing," said Elayne Angel, a piercing pioneer who has performed the procedure 40,000 times. "I get a lot of empty-nesters, retirees, soccer moms, sorority gals."
"Retirees?" I whispered.
"Certainly," she answered. "I have pierced quite a few in the category of older women. They're celebrating a renewal of their sexuality."
The author of the forthcoming book, The Piercing Bible, which Ten Speed Press is publishing next month, Angel said that piercing is a way for women to sanctify their lives.
"There are very few rites of passage left in modern society, so people use piercings to mark passages: clean and sober times, births, deaths, marriages, all kinds of milestones," she said.
"There are probably about as many reasons as there are piercings."
Angel, who now lives in the Yucatan in Mexico but for years ran a piercing parlor in New Orleans, stresses the need for customers to scope out where they are having their piercings done.
"Piercing is under-regulated, and many people piercing have little or no skill," she said. "There is no such thing as certification."
She said that several chapters in her new book are devoted to how to select a safe piercer.
"There are many things to check for," she said. Do they have an autoclave to sterilize their tools? Do they know how to use it? Do they perform spore tests to ensure the autoclave is at sufficient heat to kill micro-organisms?
"It's dangerous out there," she said. "It is a break in the skin and there are risks."