A legacy that still shines

I never laid eyes on Harold Washington. When he died, I had been on staff at the paper eight months, but had spent that time putting out The Adviser, a weekly publication that told readers how to clean their garages and get Japanese beetles off their lawn. Nevertheless, 25 years later, I was asked to assess his legacy. 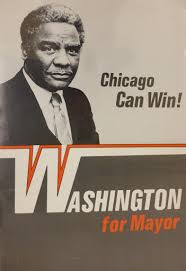