'She belongs somewhere else' 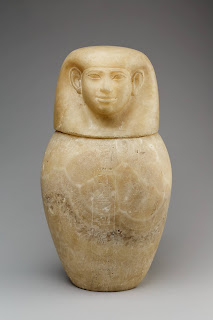 I was researching Monday's column and came across this, from a decade ago, and realized it had never been posted on my blog. Which it should be, because it is one of those columns where a simple practical matter—what to do with this woman's ashes?—uncovers a tangled history of human emotion, from the homeless man sneaking into the factory where he once worked to sleep to the currency exchange owner in his tiny bulletproof cell kept company by a dead woman in a shopping bag. Among the odd things I've done in this job—talked to people smoking crack on Lower Wacker Drive, watched a breast lift performed, sat in the back seat of a sheriff's car with a hooker, waiting for her to proposition me—having this lady's urn on the corner of my desk ranks right up there.


Neva Evans has spent most of the last decade in a Jewel shopping bag tucked away in the cluttered back room at the Ashland-Diversey Currency Exchange.
Or at least her earthly remains have, ashes in a funerary jar with a mother-of-pearl finish.
"Good morning, Neva," the owner of the currency exchange, Arnie Berezin, would say as he begins each day at 5 a.m.—which he does, seven days a week, cashing checks and issuing money orders in a tiny alcove decorated with business cards and rolls of coins. A $400 money order costs 85 cents.
"I'm a nickel-and-dime business," says Berezin, 62. "We don't get rich here."
The ashes were given to him by a customer, Michael H. Evans, about eight years ago. Mike Evans had worked at Chicago Transparent Products, a nearby plastic bag factory on Paulina. He liked sports, he liked Stephen King novels and he liked beer, but he adored his wife. Then Neva Evans died after an asthma attack.
"His whole life revolved around his wife, his whole life revolved around his job, in a couple years, first he lost his wife, then he lost his job," says Berezin. "He started drinking heavy and that was the last we saw of him."
For a while, Evans lived in the old abandoned factory where he once worked —he would sneak in at night to sleep there.
"Mike Evans was a good guy," says Berezin, choking back tears. "He just never bounced back. The last we heard, he was walking up and down Paulina. He was a lost soul."
Berezin is the opposite of a lost soul -- he knows exactly who is he and what he does. His parents owned a grocery store on the Southwest Side—he used to work at the store, but they sold it and in May 1973, he bought this currency exchange. The space he spends 13 hours a day behind thick bulletproof glass is maybe two feet deep and six feet across.
"Cells are bigger," he says. "This is my cell. Some people think I'm crazy, but I put two kids through college."
He has no employees. Since 1973 the exchange has been closed exactly one day—his father's funeral in 2003.
He has no hobbies. He never thought about trying to expand.
"No, I was always comfortable here," he says. "I'm not much of a risk taker."
Berezin would give Mike Evans $5 or $10 sometimes—not a standard currency exchange practice.
"I felt heartbroken for him," says Berezin, who calls his customers "kiddo" and tries to help them navigate the economic paperwork they thrust at him through the well-worn metal trough.
"He cares about a lot of his customers," says Berezin's wife, Sara. "A lot of them depend on him. The economy's bad, some people are really having a hard time. Some can't read, they can't handle money. He tries to help them out."
One day Mike Evans came in toting a shopping bag. "He said, 'Arnie, could I leave this bag in here?' '' remembers Berezin.
"I couldn't say 'No' to him. He was a good customer and he was homeless."
Neva Evans stayed. Mike Evans never came back
"I always hoped Mike would walk in this door and it never happened," Berezin says. "If he's alive, I'd like to know why he never came back here, because he loved her."
Over the years, Berezin has called funeral homes, to no avail.
"I tried everything," he says. "Nobody would take it off my hands."
But he just couldn't throw the ashes out.
"It doesn't belong in a Dumpster," he says. "It's a person."
Lately, he has been worrying about what will happen to Neva.
"I'm not going to live forever," he says. "This place is not going to be here forever. What's going to happen to that bag? I tell people and they laugh at me, and ask, 'Why don't you toss it away?' Well, what if that was your mother? What if that was your daughter? I just couldn't do that."
He asks me to take the urn with me, saying, "It doesn't belong here. It belongs somewhere else, with family members or buried. It doesn't belong at the back of a currency exchange. It doesn't belong here."
As I am leaving, Berezin tears up again, and says goodbye to the urn. I ask if he is certain he really wants me to take it.
"She doesn't deserve to be on a concrete floor," he says. "She belongs somewhere else, other than here. That's a human being in there."
I take the ashes home and set them on the corner of my desk, then find out what I can about the woman inside.
Neva Louise Grace Evans was born in Philadelphia, Miss., on Sept. 4, 1948, to George and Maudine Grace. Her family came to Chicago, and she graduated from Wendell Phillips High School in 1966. She married Michael H. Evans in 1985 and died at the age of 51 on April 9, 2000.
She had three daughters from a previous marriage—Lisa Grace, of Alpharetta , Ga.; Michelle Grace and Felicia Grace; plus two sisters, Patricia Baker and Iris Heard, and a brother, Dwayne Adams. Any kin are invited to contact me at the newspaper. The earthly remains of Neva Evans will be waiting for you, in a funerary jar with a mother-of-pearl finish.
—Originally published in the Sun-Times, March 11, 2009

I won't leave you hanging. Two days later, I published this:

Many readers contacted me after Wednesday's story about the sojourn of Neva Evans' ashes at the Ashland-Diversey Currency Exchange. Some knew her and reflected on what a lovely lady she was. Some were funeral home directors, offering a spot for the urn.
One was Danny Evans, who put me in touch with his brother, Mike Evans, the man who left his wife's remains eight years ago.
"I did go into hell," he said. "I've lived in shelters. I wasn't in Chicago. I couldn't find a job here for a long time, so I hitchhiked down to South Carolina and Florida. I came back; I'm recently moved in with a girl and have a part-time job. I forgot all about this. I'm sick to my stomach about it. I should have never forgotten about her, but you lose track of pretty much everything . . ."
That's where we should draw the veil, except to add that I also heard from Neva Evans' sister and her three daughters.
"No one knew until your article," said daughter Lisa Grace. I'll be handing the urn over to them this morning. "Now she's back with her girls," said Grace.
Memento homo quia pulvis es et in pulverem reverteris.

That last sentence will require no translation for Catholics, who hear it as ashes are smeared on their foreheads on Ash Wednesday: "Remember O man you are dust, unto dust you shall return."