Don't be a vector 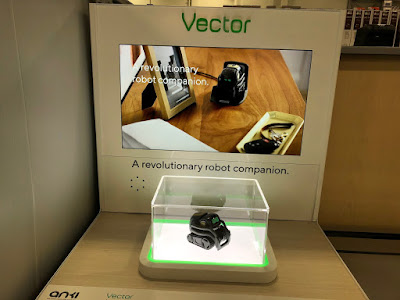 This was written in late January, obviously. It got nudged aside by other posts, but I like to think is still worthy of being read.

4:55 a.m. I can lay in bed and stare at the ceiling and wonder where January went.
Or I can get up and take a crack at the column that's going to be on page two of the Sun-Times tomorrow.
I get up.
Into social media, my blog, of course Facebook. One message, from an old friend."Man.... you get attacked something fierce on Twitter...."
I wince, ponder my response. I'm feeling stern, so I decide to be stern.
"Don't be a vector," I reply, curtly, then immediately wonder if she'll know I mean. "Vector" is most commonly a direction, an arrow, diverting in a particular direction.
Into Google. "Vector definition" The first one, as I had feared, "a quantity having direction as well as magnitude, especially as determining the position of one point in space relative to another."
That isn't it; hopefully, she will push on to the second, which is the one I meant here, "an organism, typically a biting insect or tick, that transmits a disease or parasite from one animal or plant to another."
Good common advice, for those of us who have survived 2018 and are now trying to make 2019 into something meaningful. The Internet is filled with malice, with mean people freed by the frictionless anonymity of the online world, its general lack of repercussion.
This is not news. Yet a great number of people haven't yet figured this out. To them, malice online is significant.  A few weeks back I wrote a column about an elderly lawyer. A former colleague phoned me, practically vibrating with excitement. The lawyer's family, he said, was composing a letter denouncing me, citing this and that, dipping their hands into the muck of the past and flinging it in my direction, like baboons at the zoo hurling feces at visitors.
"I thought you should know," he said solemnly.
I thanked him, confident I would never hear anything more from the family, and I haven't and don't expect to.  His passion made me very glad that I generally do the write-one-thing-then-move-on quickstep. He was fixated.
Nor do you need have some dripping glob of third party ill-will to be a vector. Sometimes friends will be the vessels cherishing some past shred of misfortune you unwisely shared with them, long ago. You've moved on, forgotten all about it. The sun is shining, and you bump into them and they immediately scoop the handful of dark cloud they've been carrying around in their pocket and display it to you. Remember this?
As a newspaper columnist, curiosity is your bread and butter. But sometimes it is better to stifle curiosity. I never went on Twitter to see what my friend was referring to. Because I don't care. Not that I ignore valid criticism. But Twitter is a free fire zone. It took me several years, and both Rush Limbaugh and Fox News reviling me by name, to get to that point. Sometimes people build cases, make points. But just as often, what people do is grab whatever they consider a damning detail and try to rub your face in it.

I understand where this impulse comes from. The old dynamic is that once upon a time we were individuals who lived in groups we had to get along with, and if people in the group thought less of you, you wanted to engage them, understand the trouble, fix things, so as not to undermine your status in your town, family, block, whatever.. If Missy is talking smack about Cindy, well, their friend Sue might intercede, reveal what's going on, pour oil on the waters.
There is no doing that online. These are faces flashing by in the crowd. The paper stopped publishing comments because vetting reader's often profane and unhinged observations was becoming more time intensive and consumed more energy than writing the stories that sparked them.
My general philosophy when it comes to online reaction is: Keep the poison out. For certain readers, I don't even read the subject headings of their emails, the equivalent of throwing letters out unopened, something I also do. You know what they are going to say because they always say the same thing. Not the specifics; the tone.
There must be some release in transmitting the awful thing to its subject. I expect friends, people I know in the living world, not to do that, and generally they don't. As you go about social media—and it's our lives now—you should keep that in mind. Don't be the dim cat dragging some mummified mouse up from the basement and leaving it on someone's pillow as a present. Nobody appreciates that.