"Explore our creativity"—street art should not just be saved, but encouraged


I'm back from my trip to South America, one aspect of which meshed neatly with current events in Chicago. This is today's column in the paper—my South American Diary series will continue tomorrow, and on off days when the column doesn't appear, until I've exhausted the material I gathered, which will probably be sometime in May.

Yes, I was chagrined when I realized that Chicago's historic mayoral election on April 2 would find me up a Chilean fjord on a research ship, gazing at glaciers. Not exactly ideal place to take the political pulse of the city.
In my defense, when I accepted the invitation, I had no way of knowing the contest wouldn't be between Bob Fioretti and Paul Vallas, or some similar head-scratcher. Besides, the Sun-Times has a very deep bench, and I knew it would cover the election just fine without me.
Besides, travel is broadening. It gives fresh perspective. For instance, Saturday, I had a few hours to kill before the flight home, so ducked into Santiago to visit a home of poet Pablo Neruda. En route, I couldn't help but be impressed by the street art: colorful, dramatic, and everywhere. 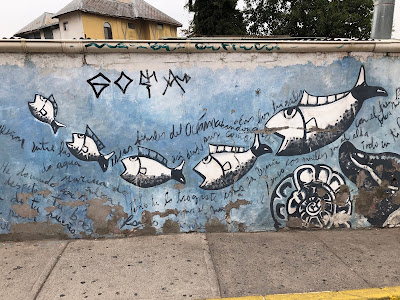 The seed of a thought—Chicago has many murals like these, but could use more—had barely been planted when news came Monday that Ald. Brian Hopkins (2nd) has finally succeeded in creating a City of Chicago Mural Registry, to list approved artworks so that Streets and Sanitation doesn't accidentally remove them.
The registry was sparked last year when the city, trying to woo Amazon with a flurry of housecleaning, erased several significant murals, including a piece by French street artist Blek le Rat that Cards Against Humanity founder Max Temkin commissioned for the popular party game's Elston Avenue headquarters.
"Every so often Streets and San would roll up with a soda blaster, and we'd run out and say, 'Don't take it down! Don't take it down!" said Temkin. "The morning when Mayor Emanuel was touring the Lincoln Yards site with Amazon they just came in the middle of the night and did a wholesale clean-up."
Hopkins began compiling a list of street murals, which turned out to have a second use
"People were saying, 'How do I access this list of art? I'm going to be in Chicago next week. I want to go see it,'" said Hopkins. "I realized we had a tourism opportunity on our hands. What started out as an attempt to assist Streets and San employees morphed into a cultural phenomenon." 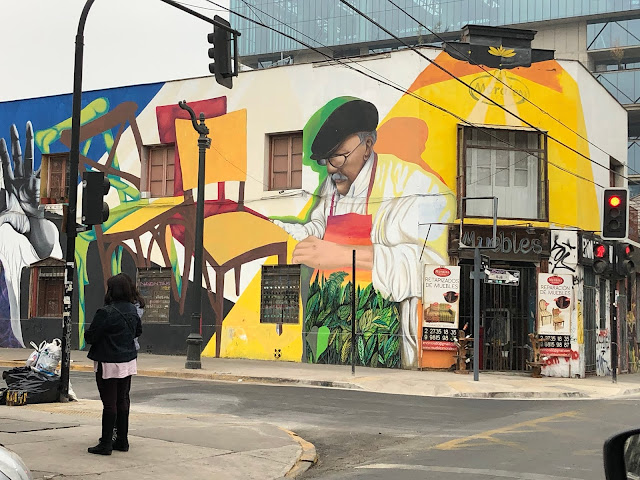