Star-spangled banner still waves over us 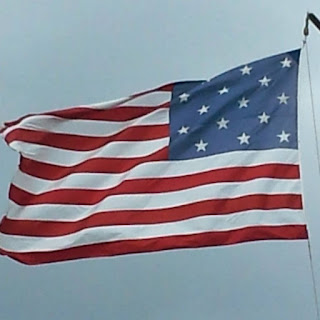 “The Star-Spangled Banner” is a strange song for a national anthem. Not just for its notoriously hard-to-sing melody that lurches over an octave and a half, straining toward that high F, “o’er the land of the freeeeeee.” Nor that fact the tune is an old English drinking song, repurposed.
I mean, what the song is about. It isn’t a celebration, like Australia’s. “We’ve golden soil and wealth for toil.” It isn’t a call to arms, like “La Marseillaise.”
No, “The Star-Spangled Banner” is about surveying the wreckage. It’s a morning-after song, about waiting for the sun to come up to see if the British Navy, which has been shellacking Fort McHenry all night during the War of 1812, has prevailed.
“Oh say can you see, by the dawn’s early light, what so proudly we hailed, at the twilight’s last gleaming?”
Is our flag still there?
Those “broad stripes and bright stars” were indeed still there. The British guns were ineffectual at the range they were being used, and the ships didn’t dare come in closer, within range of the fort’s battery.
And though I’ve been singing it all my life, with more gusto than tune, the song’s meaning never really sunk in. It never seemed a perfect fit for the moment, until Joe Biden’s inauguration Wednesday. When Lady Gaga came out in that enormous poof of red dress and sang, our nation emerged blinking from the four-year assault it has been enduring.
Into the very bright light of Wednesday morning, squinting into the swirling smoke, asking: “Are we still here? Are we still a nation?”
Yes. Yes we are.