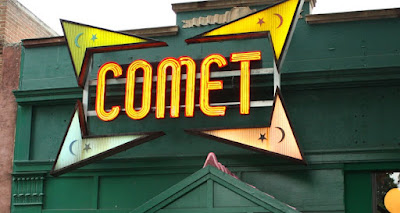 The shit that the Republican Party tolerates in its lowest depths has a way of floating to the top.
We saw the latest example this week in the septic circus of the Senate confirmation hearing of Judge Ketanji Brown Jackson, dominated by two days of accusations that she was soft on child pornography spouting from half a dozen Republicans senators.
Ted Cruz, senator from Texas, said, "I also see a record of activism and advocacy as it concerns sexual predators that goes back decades," regarding the 14, count 'em, 14 cases of the 1,000 Jackson has decided that relate to child porn or pedophilia. He had his own little chart of cases and worked out the percentages of the reductions in the sentences she gave as opposed to what prosecutors asked for.
What he never pointed out was the sentences that Judge Jackson handed out put her smack in the middle of the average way judges handle these cases.  It's like condemning a judge for driving 27 miles per hour in a 25 mile per hour zone.
Other topics came up. Cruz also launched into her about critical race theory, because she sits on the board of a Georgetown school that has certain books in its library and, of course, the idea being that, being Black, she would be a scourge on those unfortunate victims of history, American whites. Jackson was attacked for representing prisoners at Guantanamo Bay, and writing a brief suggesting buffer zones be used to keep hostile protesters away from women trying to have abortions.
But those were passing feints; child pornography was the leitmotif, the theme, the dirty scab that GOP senators picked at for three days straight.
Sen. Josh Hawley, senator from QAnon and also of Missouri, had his attack ready long before the hearing began.
“I’ve been researching the record of Judge Ketanji Brown Jackson, reading her opinions, articles, interviews & speeches. I’ve noticed an alarming pattern when it comes to Judge Jackson’s treatment of sex offenders, especially those preying on children," he tweeted March 16. "Judge Jackson has a pattern of letting child porn offenders off the hook for their appalling crimes, both as a judge and as a policymaker.”
In the hearings, Hawley intentionally misquoted Jackson, such as when she was repeating a witnesses' statements back to them, as if the thoughts she was expressing were her own.
This is the same serious social issue that was first weaponized in the obscene 4Chan free-fire zone and emerged into the public eye as the 2016 conspiracy theory of a child sex ring that Hillary Clinton was running out of the non-existent basement in Comet Ping Pong, a Washington, D.C. pizzeria.
It was taken up by smirking QAnon advocates, who latched onto the issue as a meta joke and way to pretend they were committed to an unimpeachable cause. And then, now, by Republican lawmakers because, as one academic put it, it's "the worst thing you can say about somebody."
Who buys this? A surprising number of people: nearly a quarter of all Republicans and 15 percent of Americans generally told pollsters last year that they agree with the delusional notion that “the government, media and financial worlds in the U.S. are controlled by a group of Satan-worshipping pedophiles who run a global child sex-trafficking operation.”
Of course this has roots older than 2016. The whole kidnapping children trope is just the old blood libel retooled for the 21st century, with Democrats and liberals standing in for Jews, and child sex abuse an update for their draining the blood of their young victims to make Passover wine.
Jackson will probably be confirmed because Democrats have the numbers, barely. But the future is laid out before us, clear: fact-free, performative delusion with no guard rails, no boundaries, no shame, no consequences. Anyone listening to these hearings for any period of time has to come away with the growing understanding that there is no hard bottom here anymore. Only the thinnest fraying strand of tradition stands between us and a true plunge into even more unimaginable depths.