The most widely-read item on this blog was posted July 5, when I ran an excerpt from my unpublished book about going out West with the boys in 2009. That vignette involved setting fire to Nevada. This episode reveals a similar moment of dunderhead dadhood. Despite how bad I look, it's perhaps my favorite scene in the whole book: our first hike—or, rather, attempted hike—in Yellowstone. Trust me, I'm generally not as crappy a parent as I seem here. At least I hope I'm not. 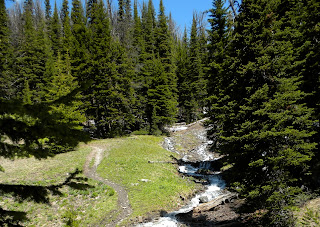