Americans are good at punishment, bad at rehabilitation 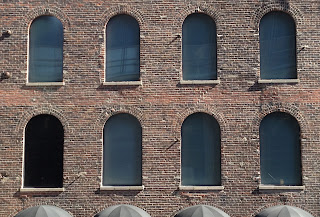 We either have to make all crimes capital crimes, and kill everybody convicted of an offense, or adjust ourselves to the idea that most criminals get out of jail again, and will have to get on with their lives in the outside world, or try to. You'd think that the Millikin professor in this column would be the poster boy for mercy, since he obviously has lived a productive life. You'd be surprised at the number of people who registered their ire after this ran in the Sun-Times Monday. I think they'd sincerely like to see those blanket executions, in the public square at noon, not only to rid the world of criminals, but for entertainment.

Like you, I had never heard of Millikin University in Decatur; heck, I’ve barely heard of Decatur. If you asked me to speculate what kind of place Decatur might be, I’d imagine it a smaller, less flashy version of Peoria, were such a thing possible. If it’s actually Golden-Age-Athens-in-Modern-Day-Illinois, my apologies. I didn’t know.
After a Texas newspaper revealed that a longtime psychology professor at Millikin murdered his family in 1967, my reaction was, it had to be a shock for the school. But not knowing the professor, the school, nor the town, I shrugged and skimmed the story.
Initially.
Last week, however, I carefully read Becky Schlikerman’s piece about it, start to finish, because the headline, “School standing by prof who killed family in 1967,” conveyed something unexpected. I’m not sure if we live in a particularly timid time, or it’s just me growing older and even more cynical, but that seemed unusual. Organizations tend to take the path of least resistance, and do whatever necessary to make bad publicity go away. While this is less true in academia, where the illusions of intellectual freedom breed latitude, that indulgence doesn’t extend to self-confessed killers.
Yet the school backed its employee.
My gut reaction was “Good for them.” Part of the reason why people are so afraid to admit they have mental illness is that too many of us still view psychiatric disorders as some kind of scam. Forget that a court found James St. James not guilty by reason of insanity for killing his father, mother and older sister. We also easily dismiss what juries decide. Gullible dupes. We forget that lots of people get ill and some get better and are entitled to a second chance at life.
Not everyone agrees, of course. Toward the end of the article, a comment by Macon County Sheriff Thomas Schneider stood out: “If you kill your family, you deserve to never walk free in our society.” I tracked down his full statement, which continues: “Although I believe in redemption I can’t find redemption or rehabilitation when it involves killing three innocent people.”

Hard to argue that. But argue it I will.


To read the rest of the column, click here.
Posted by Neil Steinberg at 12:00 AM