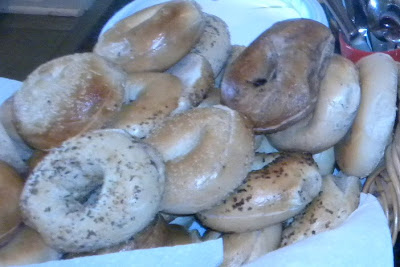 This was written after reading one too many of the anti-Semitic form letters that used to flood the newspaper.  It struck me that, crazy as the various fantasies were, they also betray a dull sameness; always the same handful of old plots and cliche conspiracies—running the banks, puppeteering the government, taking over the world. Exactly what they've been serving up for 50, 100, 500 years. It's just boring. I wondered why haters, when concocting their slanders, couldn't ever stretch their tiny little minds and accuse Jews of something fresh and interesting? As a change of pace. Such people also can exhibit a jarring folksiness at complete odds with their poisonous messages.

Further Crimes of the Jews

Thank you for your continued support of Thundering Liberty magazine. The fall issue was our biggest yet: While I'm sure everyone is busy preparing for the Conference of White Aryan Nations in Demopolis, Alabama (Nov. 6-8. See you there!) it is my solemn duty to present to you this timely new series of compelling pamphlets about important and overlooked subjects.
Many friends have asked me: Why a new series now? Well, it has come to my attention that while TruthKrieg Press and other brave publishers have been vigilant in exposing the hidden crime of insidious Jewish control over the U.S. government, the media, banking, all retail trades, telecommunications, the United Nations and such, casting the harsh light of truth on the international plutocrats who dictate the minutest details of our daily lives, the enormity of that conspiracy has only served to mask other equally serious and vital truths and allowed them to escape detection.
Until now!!!
This new series, Further Crimes of the Jews, explores the horrifying range and chilling depth of the entrenched lies, exposing bold new truths which every thinking white person will want to know about. It represents the culmination of years of research by myself and my family (Claire and the kids say hello, by the by. Rudy starts the 9th grade this year, and Mike is just finishing forestry school. Where does the time go?) We've been working round the clock to get these pamphlets ready in addition to our many other duties, and of course the web site, but felt the absolute urgency of the material demanded no less of us.
Hot off the presses are:

No 2: Strike Three—The Jewish War Against Baseball. Documentary proof that Jewish owners/vendors have systematically tried to destroy national pastime as another way of softening up country for eventual takeover. Details of how the athletic performance of childhood heroes is sapped by diabolical rays disguised as "lights." 70 pages. With diagrams and maps. $1.50.

No. 3: Louis Farrakhan—Jewish Stooge. Undeniable evidence that Farrakhan, apparent foe of the Jews, is actually in employ of international cosmopoles, who use him as a smokescreen to cover up vast Jew/Black Conspiracy of Blood Unity, where Jewish money funds black efforts to unweave social fabric through drugs/rap music/Oprah. 45 pages. Color cover. $2.50.

I think you will agree that this important information must be understood by all aware Americans. Please help spread the truth. order all six pamphlets today for just $10 (a $12 value!) Organizations ordering in bulk receive a 15 percent volume discount. (Please send request on letterhead).
All of these new pamphlets, and of course the previous issues, plus thousands of thought-provoking books, magazines and audiotapes are all available at my Liberty Bell Bookstore in Dearborn, Michigan as well as at the Hammer of Truth Book Store and Coffee house in Cicero, Illinois and the Clarion Call of Liberty's True Duty Gallery in Parma, Ohio.
On to other news.
I also will be holding a seminar at November's conference, "Spreading the Truth." In it you will learn how to produce and distribute the truths gleans from your own research —handy tips such as eliminating margins to pack in more truth, creative use of punctuation and underlining and capitalization to convey excitement of dramatic truths, and prime locations such as bus station restrooms to place materials for maximum exposure, plus of course our special friend, the Internet. Cost is $45, and you should sign up now because space is limited.
The new series, as well as much of the old material, will of course be on sale during the conference as well. Look for me at booth No. 237 on the upper deck of the North Concourse. See you there!
Best wishes and Sieg Heil,

Arthur M. Gaynes
Posted by Neil Steinberg at 12:00 AM