A new meaning for the term "dog house" 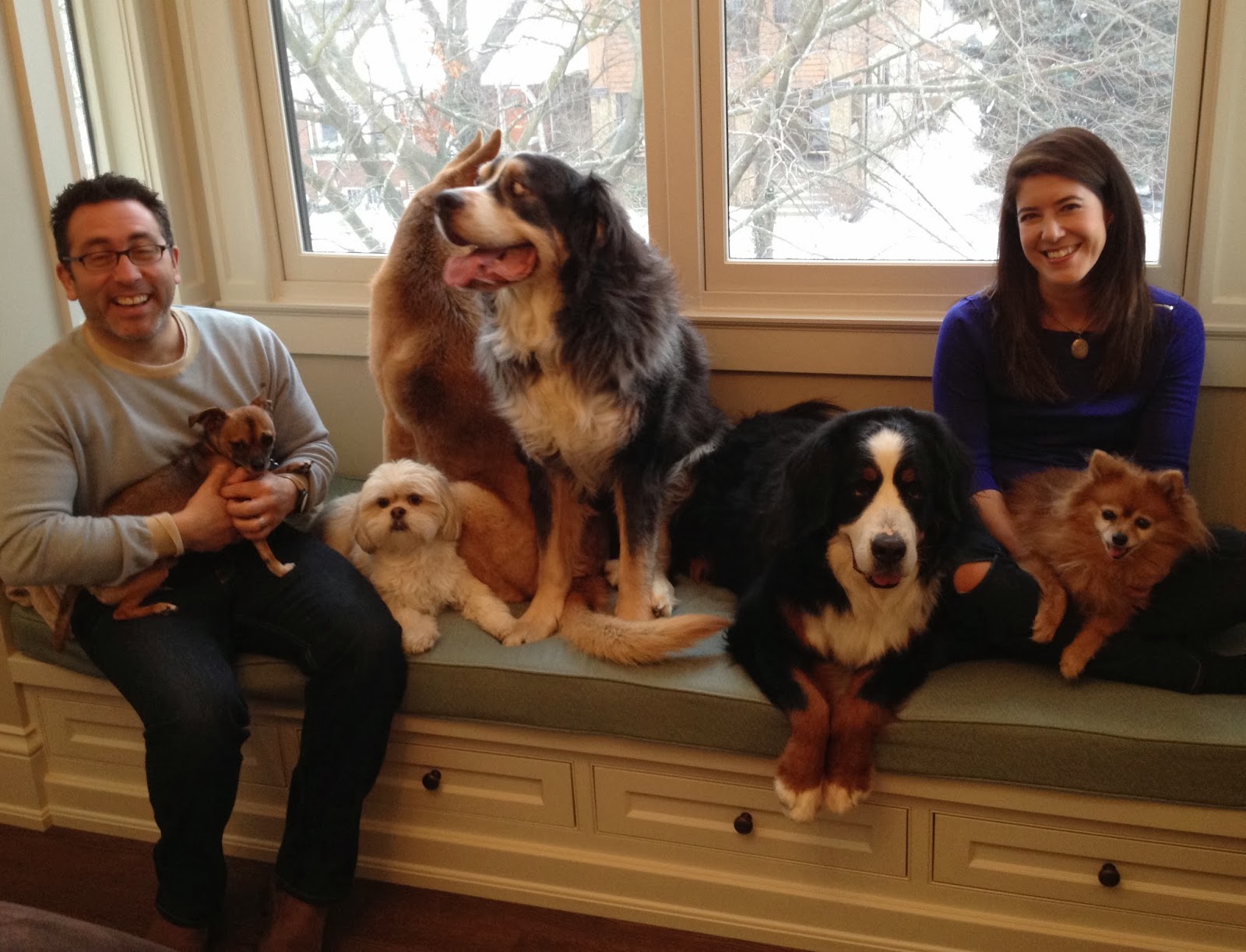 There were a lot of fascinating details to cram into this piece. You know you have a complicated subject when only after the story gets into print do you realize, "Oh, I forgot to mention that one of the owners has a paw print tattooed on the back of her neck."


Step inside the double front door of the Greco residence on North Tripp and you will be met by a swirling, sniffing, barking welcoming committee: the six dogs who live there, a range of colors and sizes straight out of Disney, from Bongo, a tiny 9-pound Chihuahua, through Sugar, a Pomeranian; Blanche, a Shih Tzu mix; Cheyenne, a shepherd; ending with Shirley and Howard, a pair of 85-pound Bernese Mountain Dogs, Howard having the habit of sneaking up behind you and rising between your legs so you find yourself straddling him like a horse, an animal he resembles in size. 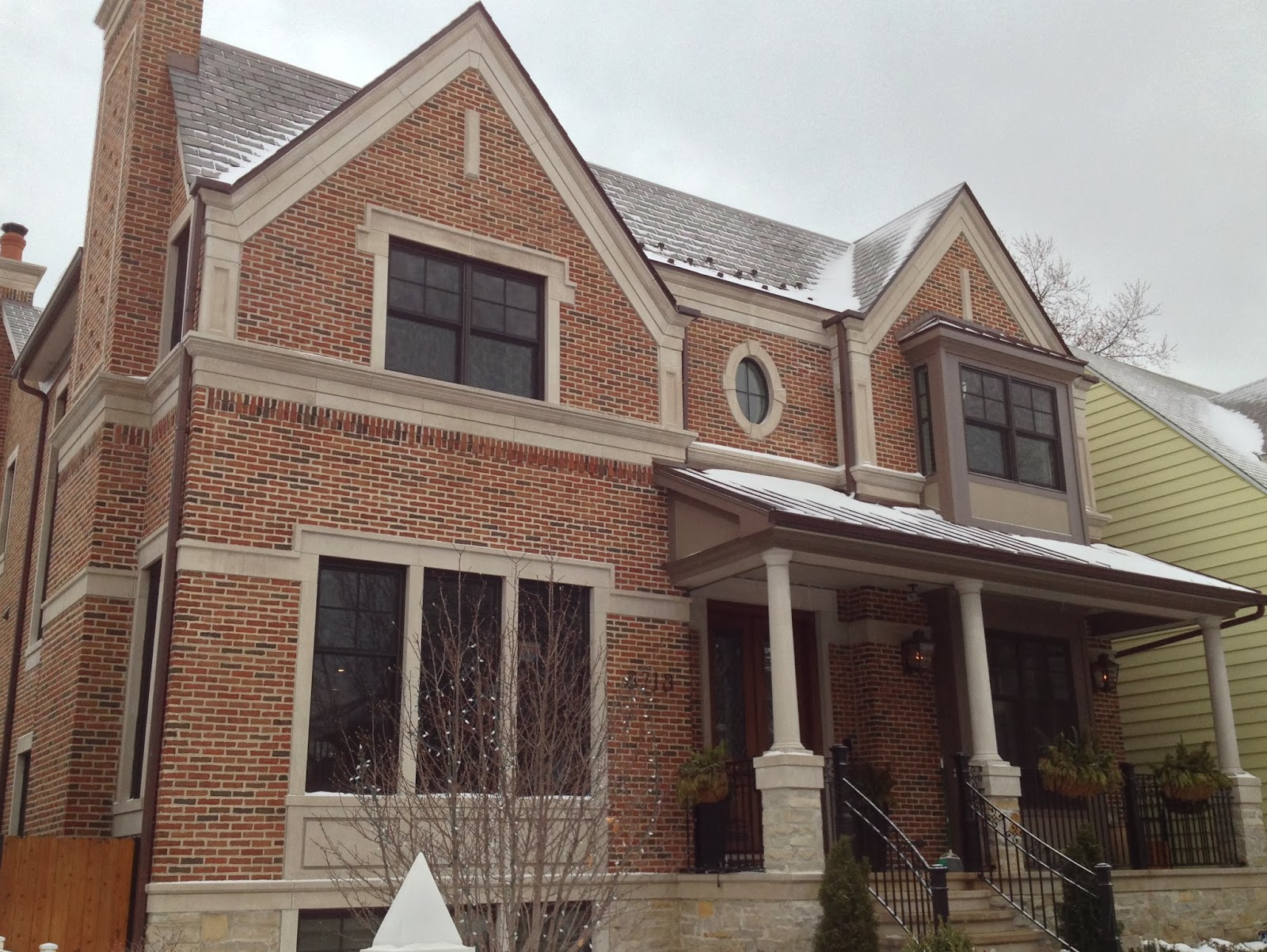 Close behind will be Mario and Julie Greco, who live in what has to be one of the most singular homes in Chicago: a 6,600-square-foot, five-bedroom residence they built in 2009 with an eye firmly fixed on canine comfort and happiness, which dictated everything from the profusion of window seats, so the dogs could easily gaze out at their Old Irving Park neighborhood and a side yard dog run, to the heated floors in the basement and the marble wash station, raised 2 feet off the ground.
That might be more for the comfort of owners who don’t have to bend down so far when washing their dogs, as are the mostly wooden floors.
The Grecos are a married couple in their early 40s who, needless to say, love dogs. “They’re family,” says Julie, formerly a professional dog walker and doggie day care worker in Lincoln Park. Mario is a lawyer who now works as a real estate agent. They also care for numerous foster dogs — Bongo is a foster — and they wanted a house suited for that. Thus, matte-lacquered walls — easy to clean — and wood floors stained dark brown. 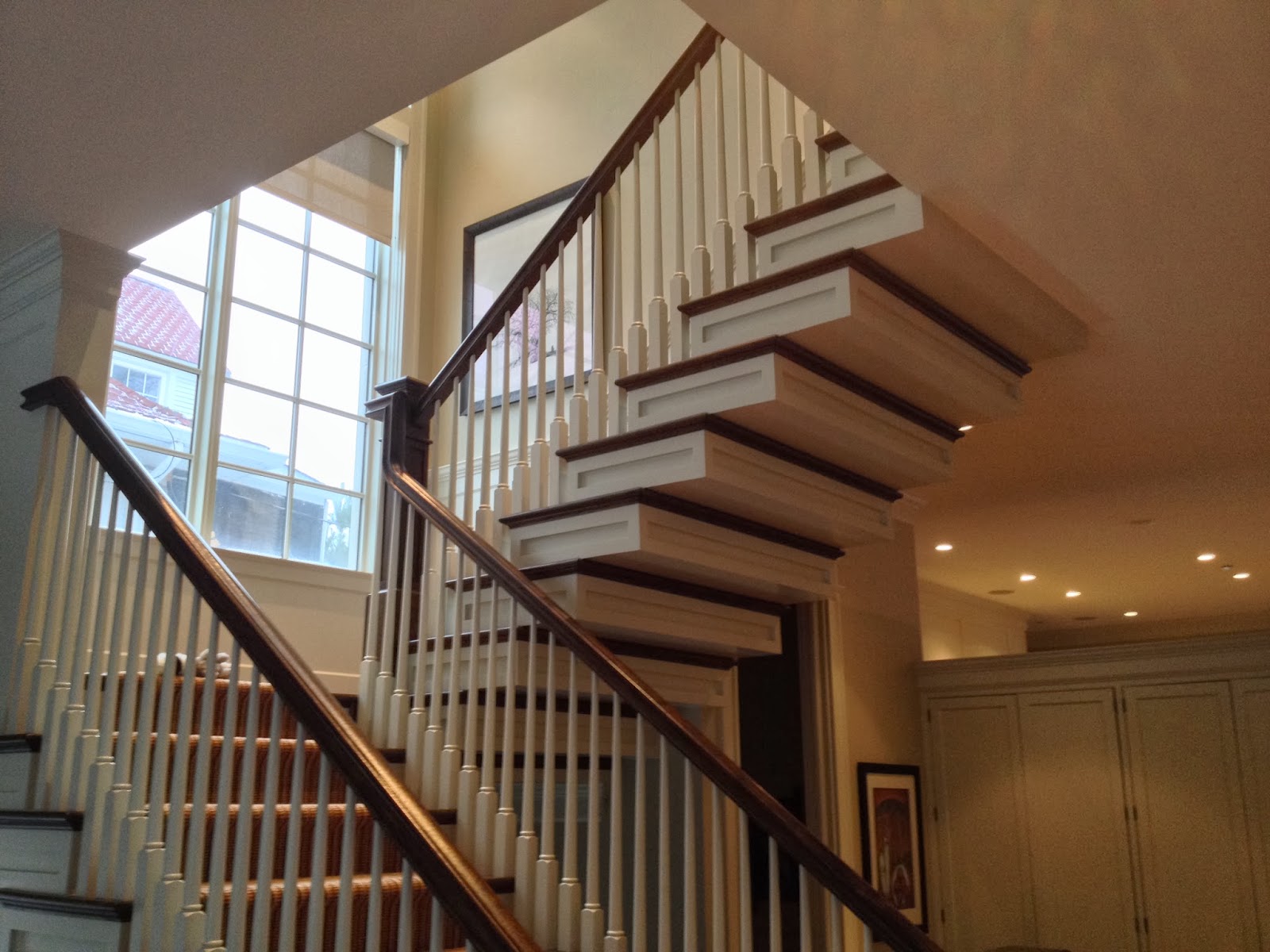 "So the dark hair doesn't show as much," Julie said. "We had four Bernese Mountain Dogs at one time."
Five of their previous dogs passed away and are memorialized by a magnolia tree in the garden, their own memorial stones and an elegiac ensemble of large photos transferred to canvas in the Greco bedroom where, yes, the dogs do sleep. If you naturally want to despise anyone in a position to build a mansion that coddles their dogs — my inclination before stepping into the house — that attitude would likely evaporate in the warm outpouring of love the Grecos have for their animals, by their unaffected, regular-folk demeanor and by the buoyant personalities of the dogs themselves, all rescue dogs. Howard, one of the Bernese, has cancer and is undergoing chemotherapy. Plus the overwhelming aesthetic beauty of the home that would be extraordinary without a single pet: a central staircase with trim that evokes a series of stacked boxes, 9-foot doors, countless built-in drawers and cabinets, 2-inch-thick limestone counters.
The attention to detail is staggering, from the oil-rubbed bronze door handles and window latches, to the custom-made bricks, extra low and wide, to the intentionally sloppy mortar around the bricks, giving the sense not of new construction, but of something old and roughly tuck-pointed.
"We moved from an old house in Lincoln Park that we renovated," Mario says. "We wanted to make the house feel like it's been here forever."
They might have to live there, if not forever, awhile. The house (and lot) cost $3 million, Mario says — what happens when you install heated sidewalks — but in this market and neighborhood it's now worth $1 million. Then again, the Grecos aren't going anywhere soon, but plan to live with their loved ones in their doggie heaven.