Philip Seymour Hoffman -- Addiction cares not for talent or fame 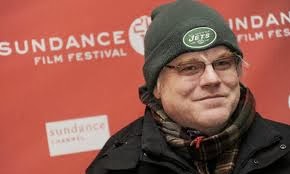 “It ain’t a question of his being a good boy,” Mama says, in “Sonny’s Blues,” a 1957 short story by James Baldwin, “nor of his having good sense. It ain’t only the bad ones, nor yet the dumb ones that get sucked under.”
Philip Seymour Hoffman was neither a bad one nor a dumb one, but among of the smartest, best actors of his generation. His audience not only admired and respected him, but loved him—there was something about the man, a twinkle, a regular guyness, coupled with the odd characters he played, and the daring parts he chose. There was nothing phoned-in or half-baked about him. He was more than a star; he was an actor.
Hoffman  certainly was not movie star handsome—a large head on a thickset body—yet was always much more than a character actor. He was nominated for three Academy Awards, and won the Oscar for Best Actor for his 2005 portrayal of Truman Capote, in “Capote,” cutting through the mincing stereotypes to show the author’s pathos and strength.
My own favorites were his priest in “Doubt” co-starring with Meryl Streep, and his maverick CIA agent working with Tom Hanks in “Charlie Wilson’s War.” Hoffman was raw and real and human.
Hoffman also excelled on stage. Chicago’s own Robert Falls directed him in the 2003 Broadway production of the Goodman Theatre’s “Long Day’s Journey Into Night,” where Hoffman playied Jamie Tyrone, the booze-soaked son of a great actor. It’s hard to steal the spotlight from Brian Dennehy, but Hoffman did in the Eugene O'Neill masterpiece. "I am heartbroken," Falls said Sunday evening, no doubt speaking for many.
I met him only once—I don't know why, when a prominent person dies, we journalists feel compelled to dredge up any fleeting personal connection and wave it over our heads. To puff ourselves? I hope not. I think that is more a general human response to tragedy, something everybody feels, to gasp, "But I met him!" Though I think the exchange does say something about what kind of guy Hoffman was.
My son and I were at the Goodman in 2010, seeing Dennehy perform a pair of short plays: O'Neill's "Hughie" and Samuel Beckett's "Krapp's Last Tape." Hoffman came tramping up and sat directly across the aisle from us, dressed casually in a big parka and green knit Jets hat. To me, courtesy dictates that celebrities be left alone when encountered in public, but I quietly pointed him out to my son, then 14, figuring it would give the kid something to tell his pals back at junior high school.
What I didn't realize is my son would then spend the entire intermission nagging me: What kind of reporter am I? How could I ignore this star sitting a few feet away? He painted my good manners as timidity, which it probably was. So we positioned ourselves at the end of his row after intermission so Hoffman had to squeeze by. I pretended I just noticed him, "Philip Seymour Hoffman! I heard your film did great at Sundance!" I introduced ourselves to the star, who shook our hands and made conversation.
Hoffman said he was there as part of preparing to direct "The Long Road." He was nice to us, and to me that speaks as well of him as winning an Academy Award, because so many actors, particularly those known for their careful craft, drop the ball when it comes to meeting the public. Hoffman was gracious. I respected him before we met, but respected him even more after.
A nice guy and a drug addict. You can be both. In the Baldwin story, Sonny's curse is heroin, and that is what New York police say killed Hoffman; cops say the syringe was sticking out of his arm, the heroin nearby. He was sober for more than 20 years but recently fell off the wagon. That's how addiction is—you get free and then it perversely reels you back. People are said to be "recovering" but never "recovered"; 20 years doesn't make you safe.
A terrible end, a loss to the world of movies and theater, not to mention to his friends, colleagues and loved ones, plus a caution to all of us who battle daily with the demon. Maybe that sounds like an excuse, but those who puzzle over Hoffman's sad end will be missing the point. Which is that neither talent nor wealth, fame nor skill, offer protection against the plague of addiction. Sobriety is but a good sign, but no guarantee. The pit sits there and waits, and it takes luck and work and constant diligence to not end up back in it. Philip Seymour Hoffman was 46 years old. Whatever he got from heroin, he would have gotten more from being alive for the next 25 years. If only he could have kept on the path.