And what does that funny cross we kept saluting mean again? 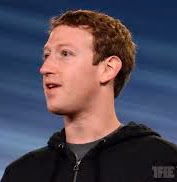 Take a look at the young man in this picture. You might recognize him: Mark Zuckerberg, founder of Facebook. But ignore his celebrity, if you can, and just examine his face, his features. What do you think? An ordinary-looking fellow, correct? Not handsome, particularly, not ugly either. Slightly receding hairline, perhaps, largish jaw. Now notice his nose. A fairly nondescript nose. Not one that would command attention. A little triangular, perhaps. Maybe a little pointed, if you were asked to comment upon it. But certainly not the first thing you'd notice. And his lips? If anything, a little thin.

Now look at this caricature of Zuckerberg that appeared Friday in Süddeutsche Zeitung, one of the largest newspaper in Germany. Setting aside, for the moment, the fact the Zuckerberg is portrayed as an octopus. The caption reads, in German, "Krake-Zuckerberg," or "Zuckerberg Octopus."  Notice anything particularly exaggerated in the drawing? His nose, certainly. And his thick, fleshy lips.
Did I mention that Zuckerberg is Jewish? He is. 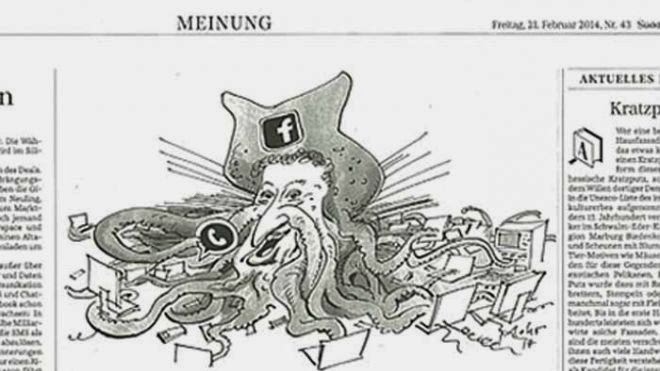 In one of his tentacles, he holds the logo for WhatsApp, the messaging company Facebook just bought for $16 billion. You'd think that WhatsApp was some beloved bit of German culture—BMW, perhaps—and not a five-year-old California tech start-up that most of the world never heard of before Facebook bought it.

Nor is the octopus image random.
“The nefarious Jew/octopus was a caricature deployed by Nazis. That was used pretty much as a staple by the Nazis in terms of their hateful campaign against the Jews in the 1930s," Dean Rabbi Abraham Cooper, an associate the Simon Weisenthal Center, told the news site Algemeiner. "[An] exaggerated Jewish nose removes any question if this was unconscious anti-Semitism.”
Unconscious? The artist, Burkhard Mohr, told the Jerusalem Post that he was "shocked" anyone could view his cartoon as anti-semitic. 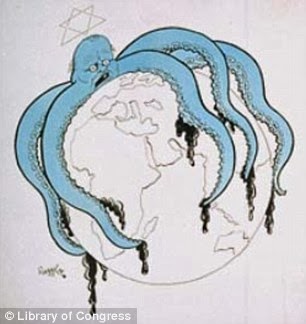 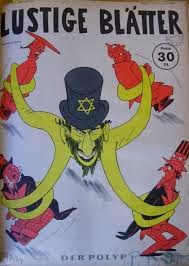 “Anti-Semitism and racism are ideologies which are totally foreign to me,” he said. ‘It is the last thing I would do, to defame people because of their nationality, religious view or origin.’
That "totally foreign" is more chilling than the drawing itself. If we take him at his word, and there's no reason not to, it's a sobering reminder why people should learn about the past, in all its frequent ugliness. Then maybe these ideologies wouldn't be quite so foreign, and not quite so easy to fall into, consciously or unconsciously.
"Those who cannot remember the past," as George Santayana wrote, "are condemned to repeat it." Luckily the world is here to remind the Germans about their — and our — horrific past, because they don't seem to remember it, and we'll be damned if we're going to let them start repeating it.