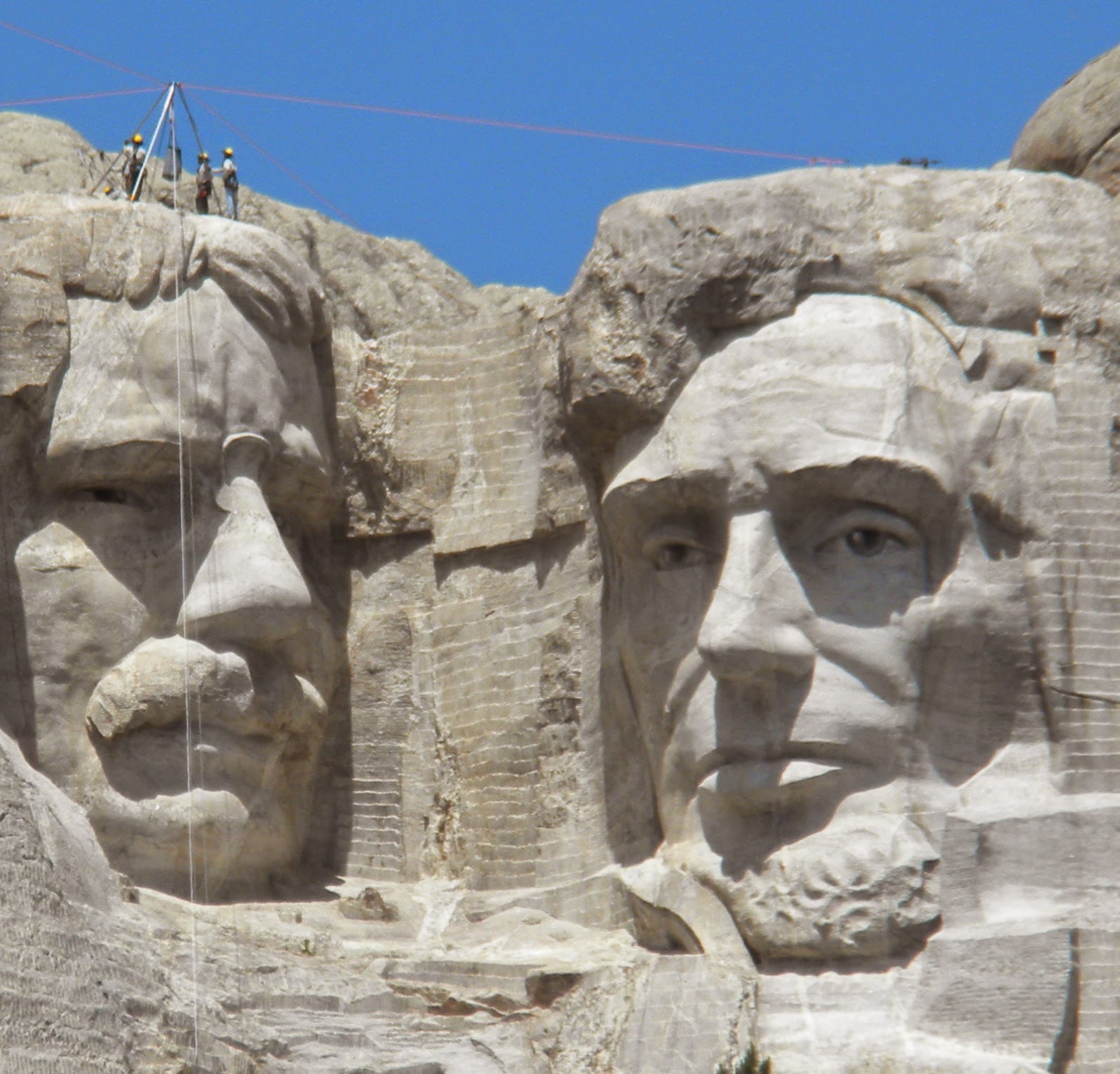 Abraham Lincoln went from a log cabin to the White House, he freed the slaves and won the Civil War, while writing the most stirring sentences ever spoken by an American politician.
But if Lincoln is even more than that, our greatest president, who comes as near to an American saint as anyone in our history, then the moment of his beatification came 150 years ago this evening, April 14, 1865, when a fanatical Southern sympathizer named John Wilkes Booth, outraged at the thought that blacks would become American citizens,  snuck up behind Lincoln in his unguarded box at Ford's Theater and put a bullet behind his ear.
The tragedy was amplified by occurring precisely at the moment of national joy, at least in the North, as the Civil war had ended a scant week before.
Lincoln's death left the nation awash in grief, which has a tendency to skew our perceptions of history. Eyes filled with tears no longer see clearly. The love and respect lavished on Lincoln after his assassination had the tendency to portray him as a serious saint—I've already written about how that fallacy is embraced by right wing talk show hosts. It also leaves the impression that he was always revered, and that too is a fantasy, and a harmful one.
There are thousands of books about Lincoln, exploring every aspect of his life. One of my favorites is  Dear Mr. Lincoln: Letters to the President edited by Harold Holzer (Addison-Wesley Publishing: 1993). These letters and notes, some of them very brief, bring Lincoln's era alive, in all its crazed passion. Like online comments today, they are a quick, sobering glance under the rock of American life.
"Equal rights & Justice to all white men in the United States forever," urges John McMahon of Hambrook, Penn. on Aug. 5, 1864. "White men is in class number one & black men in class number two & must be governed by white men forever."
Lincoln's correspondents complain about politics, try to wheedle job appointments, gush with praise when successful, spew bitterly when not.
"My Dear Sir," writes Jesse. K. Dubois, "I am sorely disappointed in all my expectations from Washington. I made only two or three requests of you. One for the Northern Superintendancy of Indian Affairs for my friend J.P. Luce. My heart was set on this application for him..."
Nothing is more contemporary than scorn, and Americans lined up to denounce Lincoln ("You are destroying the country") and the men he surrounded himself with.
"For God's sake let a plain man say a few plan words to you," begins John P. Cranford, a New Yorker. "It is commonly reported and believed that Mr. Seward is drunk daily; and it is universally believed that [Secretary of War Simon] Cameron is a thief —All men believe you, upright—but know you lack experience and fear you lack nerve."
Well, maybe not "all men."
"Sir Mr Abe Lincoln if you don't Resign we are going to put a spider in your dumpling and play the Devil with you," writes one A.G. Frick in February, 1861, in a letter discovered in the Chicago Historical Society files, "you god or mighty god dam sundide of a bith go to hell and buss my Ass suck my prick and call my Bolics your uncle Dick god dam a fool and goddam Abe Linoln who would like you goddam you excuse me for using such hard words with you but you need it for you are nothing but a goddam Black nigger."
It seems the wildest anachronism that someone wrote to Abraham Lincoln and told him to suck his dick—yet why do I feel that type of person isn't safely consigned to history? Lincoln's spirit might be gone, wiped from the body politic, impossible. But his enemies remain, strong and vocal and all too common. Malice like that never dies.
That said, let's not give them the final word.
Some of the letters are positive, such as Edward Everett's graceful note penned the day after they share a podium dedicating the Union cemetery on the Gettsyburg battlefield.
"Permit me also to express my great admiration of the thoughts offered by you, with such eloquent simplicity & appropriateness, at the consecration of the cemetery," the former governor of Massachusetts writes. "I should be glad, if I came as near to the central idea of the occasion, in two hours, as you did in two minutes."
Lincoln replies with delightful tact: "You could not have been excused to make a short address, nor I a long one."
He was thinking of the public when he wrote that. Perhaps that is the most amazing thing about Lincoln. Facing what he did, a nation divided, at war, vicious enemies, within and without, one of whom would kill him, 150 years ago today, that he managed to remain the man he was. Another reason to revere him.
Posted by Neil Steinberg at 12:00 AM