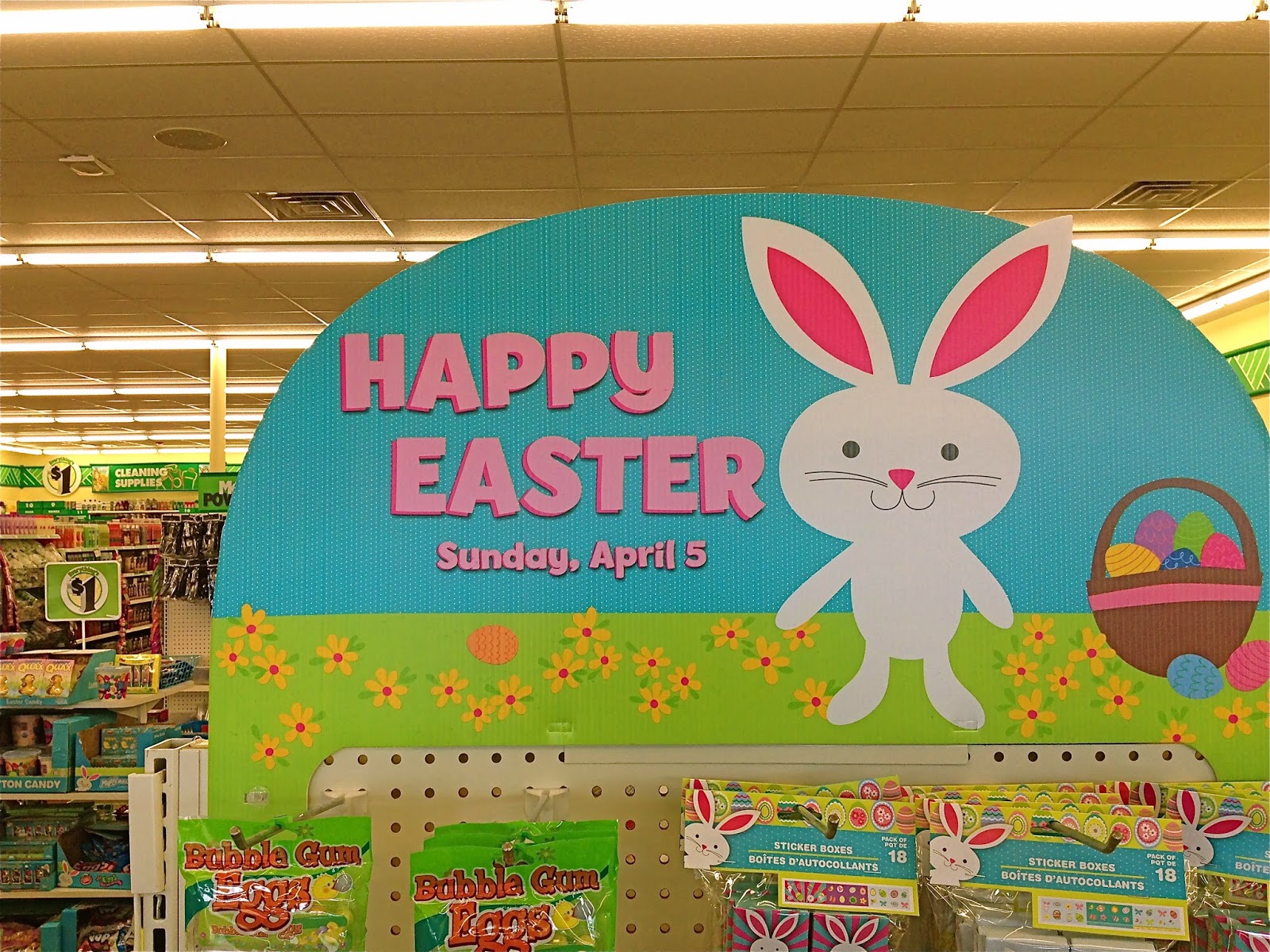 Near midnight, driving home from the second Seder, it occurred to me that Sunday is Easter, that today's posting, below, letting some religious zealot hang himself with his sputtering intolerance, probably wasn't the nicest holiday treat for my Christian friends.
The timing is unfortunate, and believe me, isn't intentional. I was focusing on my own holiday, Passover, thus Easter, which doesn't sit in my consciousness much, snuck up on me. I've never celebrated it, but unlike Christmas, with its occasional tree trimming party or snatch of caroling, I've never even tangentially been around Easter celebrations, no slipping into a friend's family Easter dinner, no visit to church, no Easter parades. My mother, when we were very small, had pity on us, and bought some Paz egg dyes at Woolworth's, and we colored eggs, once, but it all seemed very clandestine and pointless, even to a child, and we never spoke of it again. Though I remember the blue and green and red eggs being quite pretty.
My only deep knowledge of Easter comes from having read Dante's The Divine Comedy, which takes place over Easter weekend, 1300. And I realize that's kind of a skewed portrayal of the Easter holiday. Not a lot of chocolate bunnies in that, however, and more lakes of fire and winged demons than are common this time of year. Besides, it's a little late in the evening to start writing about Dante. So I'll only point out two things about the work.
First, despite its deservedly grim reputation, with souls suffering in hell, there are parts that are quite funny—my favorite when Dante deals with Pope Bonifice VIII, who condemned Dante to death in real life, exiling him from his beloved Florence and seizing his property. Dante obviously wanted to slur Bonifice—the University of Chicago's Dante scholar calls The Inferno "an infamy-making machine" in his new book Dante and the Limits of the Law—and forever tarnish his name.
But Dante faced a creative challenge, a structural problem: Bonifice had not yet died in 1300, when the story takes place. Kinda hard to put him in hell in 1300 when everybody reading it knew he didn't die until 1303. A problem that Dante solved with a twist of breathtaking creativity: during his tour, his guide points to a smoldering pit and says, in essence, "And THIS is the hole where Bonifice will go when he gets here."
Genius.
The other thing I want to point out is ... spoiler alert ... how The Inferno (the first of the three books of the Commedia —ends. Dante gets out of hell and "rivader la stelle"— He sees the stars. The last lines, in Robert Pinsky's beautiful translation, are:

I saw appear
Some of the beautiful things that heaven bears,

Where we came forth, and once more saw the stars.

Each of the Divine Comedy's three books ends with a mention of the stars, which have been particularly beautiful this past week, and I noticed tonight, even in the light-polluted, orange black sky of Skokie, where we attended our second Seder.  So just as Passover is about escaping slavery, whatever that means to you, so Easter, to someone only vaguely familiar with it, seems about rebirth, about finding your way out of your hell, whatever that is, a spiritual resurrection, escaping the clutches of death, to where the sky is clear once more, where you can see the spangled perfection of heaven. Or some such thing. Anyway, Happy Easter.
Posted by Neil Steinberg at 1:00 AM