Sometimes, when I answer an email, the recipient seems amazed to hear from me.
They seem to expect silence. Or some kind of staff reply.
No, no staff. And not responding, even to rude people, seems itself rude.
So I read lots of email, and try to muster some kind of reply.
And in reading so much email, patterns emerge.
Today, I'd like to draw attention to two common words.
"Bash" and "demonize."
They are used only in one circumstance, as far as I can tell: when conservatives are fairly criticized about something which, being conservatives, they just can't face directly.

So rather than address the nature of the criticism, they categorize the criticism itself as unfair, crude.
If I point out, for instance, as I did in April, that Indiana has just passed a truly medieval law requiring aborted fetuses to be buried in coffins or cremated (because they're  babies, you see?) then ... well, let William Duffy explain it.
"You've got the balls to bash Indiana as a racist place with your civil rights garbage statement," he wrote.
"Bash." Like with a sledge hammer. (I won't even start on "civil rights garbage." I'd bet that those three words have never been strung together, but of course I'd lose).
Or when I pointed out that John McCain had replaced his record of heroism with one of craven cowardice by endorsing Trump after Trump insults all POWs in general and him in particular, A.L. Jones of Park Ridge wrote:
"For sure your use of Memorial Day to bash McCain and the continuation of your personal dislike against Trump were really in bad taste."
"Bash" implies a certain whack-a-mole crudeness. One is not touching a point with the finger of satire and truth, but blindly clubbing away. (Though I have to savor Jones' "personal dislike," as if there is no other reason to hate Trump than petty grievance. Trump isn't a madman who would destroy the country; I'm just holding a grudge).
Moving on to the second word, If I point out that Donald Trump, the likely presidential candidate of the Republican party, has said a variety of bigoted, idiotic, and anti-American things, and that all Republicans are implicit in these positions if they support Trump, no matter how grudgingly, then I am "demonizing" them.
"My problem with you is that you deminize folks like me who disagree" wrote a reader calling himself "Mysterious Johnson," who was writing to inform me that he was returning after boycotting me for my various sins, and was perhaps surprised when I was less than warm in my welcome (and no, I did not point out his spelling error. When someone is utterly mistaken, as Johnson is—he feels his sincere religious convictions should allow him to revoke the civil rights of gay people, aided by the law—there is no need to snipe about spelling).
Or, to drive home just how popular "demonize" is, savor this, from the endless wheedle for money that comes from Ron Paul.
"But our national media would rather demonize our Second Amendment rights than the misguided “gun-free zone” policies that only embolden bloodthirsty thugs and madmen!"
What does that even mean? "Demonize our Second Amendment"?
At this point, I don't think I could in good conscience use either "bash" or "demonize." And anyone who does is halfway to being dismissed. The words are just so moist with the tears of self-pity, the bully pouting because he has been put on the red chair in the corner, completely forgetting what he did that got him there.
So I try not to use "bash" and "demonize." And if you use them, you might want to pause and reflect whether you are in the wrong and don't know it. A lot of people are in the wrong and don't know it, but feel if they can just grab the right label to slap on their dilemma, they will magically be in the right. They won't. 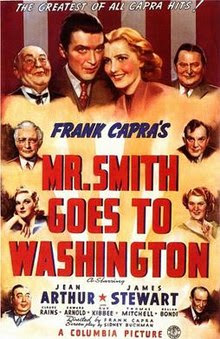