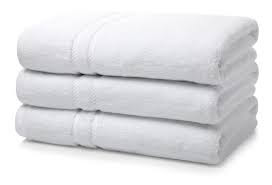 I'm on vacation this week, so instead we're dipping into some early columns from 1996 and 1997.
The health club this took place at—the Lakeshore Athletic Club, just north of the Sun-Times—is gone, as are the 401 N. Wabash offices of the paper, of course. The Tribune columnist I refer to, George Lazarus, is also long gone, expiring famously on the Metra, an end that has crossed my mind more than once while commuting on the train. He is famous for complaining, bitterly, of being lampooned in song at the Gridiron Club dinner. Which is also gone.

Men must feel that being naked makes them invisible. Invisible, or maybe just shrouded in the Cone of Secrecy. That's the only way to explain a phenomenon I've noticed in locker rooms over and over.
Two guys finish playing racquetball. They clomp over to where I'm getting dressed: alone, silent, pondering what's for dinner.
After a word or two about the game, they begin talking about their work. They ignore me — a nebbishy guy, fiddling with his necktie — and I of course listen intently.
And am usually shocked by what they say.
The most recent time it was a pair of lawyers — I won't reveal the firm, though I could easily read its name, and the lawyers' names, from the business cards they had stuck in their gym bag name tag holders to save themselves the 10 seconds of writing down a name and phone number.
Lawyer One asks about a certain Chinese colleague. Lawyer Two says the colleague's going back to Beijing. Lawyer One speculates on the reasons why. Lawyer Two mentions he's had the Chinese lawyer over to his house — they played Ping-Pong. Lawyer One muses on the impact that his leaving will have on the firm — it seems he is a rainmaker bringing in business from China. They then discuss their firm's relationship to China and its hopes for the future there.
My jaw drops open.
I want to say: You guys are lawyers? Aren't you supposed to be, oh, I don't know, circumspect about this sort of thing? During the O.J. Simpson trial, did Johnnie Cochran and F. Lee Bailey shoot their mouths off at their health club? "Good thing O.J. dumped the knife at LAX, eh?" says Cochran, toweling himself. "Sure makes our lives easier," answers Bailey, slapping Vitalis on what hair he's still got.
I mean, these two guys didn't know me. I could be a lawyer from a rival firm. I felt like saying, "Gone to China, has he? Maybe I'll ring him up and see if he wants to represent us."
I don't want to implicate only lawyers. Everybody does it. A lot of our competition goes to this same gym. There used to be this columnist — again, I will draw the protective veil around his identity, though heaven knows he doesn't deserve the kindness.
Every day he would drape himself in a towel and get on the pay phone and begin yabbing to his secretary, going over his schedule — the calls he was returning, the leads he was developing. His voice echoed off the walls like cannon fire.
I used to listen in — I could hardly do otherwise — hoping for a tip to rush back to our business department. But he never seemed to be working on anything worthwhile.
Of course, listening in also can have its perils.
I remember, I had just moved to Los Angeles — a brief, mistaken adventure. Two guys in a club locker room were discussing the fall of a colleague.
"He lost all his power," said one man, sadly. "I feel bad for him. He had to move out of his house. . . ."
Geez, I thought. What a ruthless place! I pictured this poor executive, cashiered by brutal corporate infighting, deprived of his position, even booted out of his high-priced residence.
Then they continued talking, and I realized: he had lost power, as in electricity. Whoops.
But the lesson is the same — even though you're wearing a towel, you're still in public, and you never know who's at the next locker, listening.
—Originally published in the Sun-Times March 20, 1997