The Era of Contempt, Redux

Whether it is a cause or an effect of our nation's endemic racism—probably both—I cannot say. But the reason races couldn't go to school together, or, even worse, share that swimming pool, was the unbearable prospect that your kids might fall in love with someone of a different race, do the nasty, causing ... oh, I don't know ... the universe to collapse upon itself, I suppose. And the reason those gays can't get married is, never forget, that their doing so just kicks the supports right out from under your own marriage. Bake a wedding cake for Brad and Steve one day, find yourself cruising the Halsted leather bars, entirely against your will, the next.

So while I wouldn't directly credit recent advances in gay rights—particularly the unexpected, almost incredible advance of transgender Americans from shunned freaks to semi-accepted participants in the national story—with the staggering national embrace of the bolus of fraud, bullying and deceit that goes by the name Donald Trump, there must be a connection, as eloquently, if unintentionally conveyed by my new favorite reader, Alan P. Leonard of Tinley Park.
You might remember Mr. Leonard from last Saturday. His letter last week drew more than twice as many readers as anything else I've written over the past month. I share it now in the sincere hope that there are more to come. Frankly, I'd be a fool to offer up anything else, and if Mr. Leonard wants to continue to write to me, I will happily post his letters and split the profit I make from the blog on the days that he appears.
This is even better than the Saturday Fun Activity, because I don't have to send out a prize to the lucky winner. Today, we all win. Enjoy. 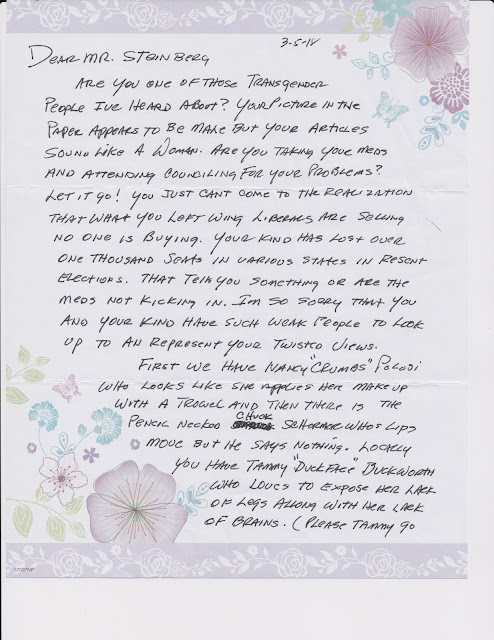 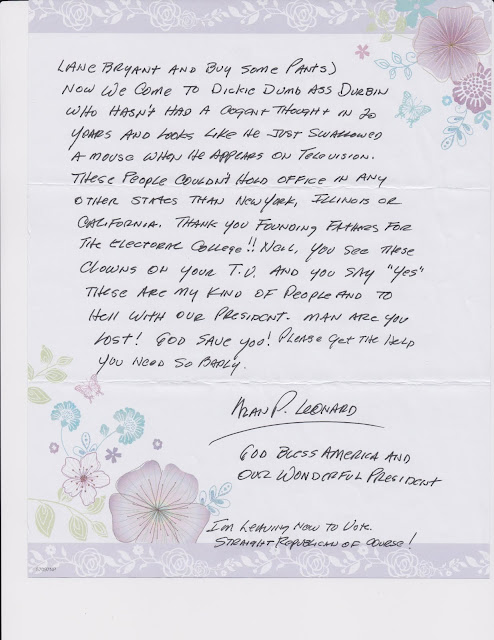