Chaos reigns as Mary takes it on the lamb

Busy day yesterday. A lot going on at the paper. Lunch with an old friend at the Tortoise Club, then down to South Shore for a column that you'll see next week.  Then up north to Evanston.
Late night on campus, at Tech, watching the movies made by directing students, including a lifelong friend of the family. Dinner at midnight, which used to not be possible in Evanston, at The Farmhouse. Fun.
Arriving home, I thought: I'll worry about it tomorrow.
So now it's tomorrow, announced with the iPhone making a sound I didn't know was possible: some insane flash flood warning. Thanks nanny state. No matter. The explosive lightning strikes all around the house would have done the trick anyway.
So...let's see. I passed the Erickson Institute the other day, a graduate school for child development specialists on LaSalle. And whenever I see the sign, I think of the column below, an ode to our public education system, the only time my column in the paper consisted entirely of a poem. Not the best doggerel, true, but much of it does remain apt, particularly at the end. Even a cameo by Paul Vallas, who is still lingering on stage. A bit might require context: the line about Trinidad refers to local school councils, the dreaded LSCs, which formed under the charmed notion that parents would make less of a mess of the schools than the professionals were doing. They didn't, the groups devolving into bitter power disputes where good principals were tossed over the side for not having the right identity bona fides.


Mary had a little lamb
With fleece as white as snow
And everywhere that Mary went
The lamb was sure to go.

The teacher, Mrs. Martinet
Dragged Mary down the hall
To principal Joe Pecksniff
Whose brain was rather small

The principal phoned Mary's mom
Who hustled to the school
Wringing her hands in worry
While Pecksniff checked the rule.

There he found it, clear as day:
"No lions, tigers, bears,
or animals are allowed
on school grounds anywhere."

Now the matter could have ended
Had he turned the lamb out
But that isn't what Pecksniff thinks
Discipline is about.

"Three days' suspension," he said.
When Mary's mom came by
"Six days if you say a word."
And she began to cry.

What happened next is currently
At issue in the courts
Pecksniff says Mary struck him
Committing several torts.

The teacher insists she sustained
Assault by Mary's ma
Who has counterclaims, while the lamb
Through a spokesman, said, "Baaa."

A siren began to scream and flash
Above Paul Vallas' door
He gazed at the Incident Map
As so often before.

The bulb for Mary's school lit
The school board czar did sigh
And stood up, idly wondering
"What now, oh Lord, and why?"

He straightened his tie while leaving
Can't look bad in the press
Always a chance for good PR
While cleaning up a mess.

By the time he got there, chaos
Too late to slam the door
Packed in Pecksniff's office --
Principal, mom, and more

The story hit the Sun-Times
And, three days later, the Trib
Channels 2, 5 and 7
Even Newsweek ran a squib.

I'd tell you how it ended
But such matters never stop
There's "Pecksniff v. Mary's Mom"
and "Martinet v. Cop."

Don't forget "School Board v. Lamb"
to be taught evermore
At John Marshall, Chicago-Kent
And law schools by the score

Remember, the Porgie Affair?
Lil' Georgie kissed a gal
And by the time adults were through
Nearly wound up in jail

At least Mary learned the lesson
Taught daily by our schools
That children must be the wise ones now
Since grown-ups are the fools. 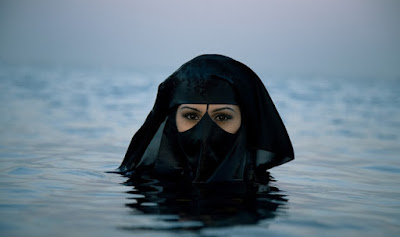