In suicide season, hold fast to the tree of life 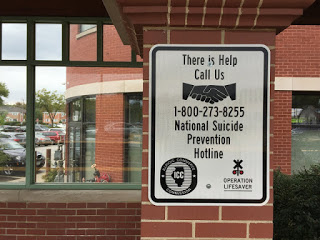 A Northwestern student was found dead at his home two weeks ago. Twenty-two years old. The immediate question: was it suicide?
"Who kills themselves at the end of May?" I said, reflecting the public's astounding ignorance about suicide, where much of what everybody believes is wrong. And at 22? It turns out, May is the the peak month for killing yourself. Evanston police are treating the death as a suicide.
And suicide is the second leading cause of death for those under 24.
Neither fact make sense. The weather is finally warm. A young person with his entire life before him.
But as with so much about this ignored but important topic, it does make sense, only the sense is hidden. You need to dig it out and work at understanding. That's why most people don't do it. It's easier to be afraid of sharks.
Those who study suicide view the warm weather increase — true all over the world, May in the Northern hemisphere, November in the South — as stemming from the same springtime invigoration that causes some to clean their garage.
"It is a harsh irony that the partial remission which most depression sufferers experience in the spring often provides the boost of energy required for executing a suicide plan," British public health expert Chris Thompson told The Guardian. "Spring is a time for new beginnings and new life, yet the juxtaposition between a literally blooming world and the barren inner life of the clinically depressed is often too much for them to bear."