Flashback 2011: Cutting out a kidney is gloopy work 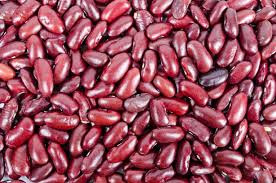 This is the second of two parts about Rachel Garneau's kidney donation in 2011. The first part is here. Of course I wondered how the donor has been faring in the eight years since; I tried to track her down, scouring Facebook and Nexis and calling the Notre Dame media affairs office. But nothing yet.

Before you can remove a kidney, you first have to find it. Which is easy enough in a general sense—Dr. Yolanda Becker wrote her initials in purple pen on Rachel Garneau's lower left abdomen, roughly above where her left kidney should be.
But a human body is not a car engine. Not everything is in the same place. Laying eyes—or the laparoscopic camera used to see in the body—on the kidney itself is harder, like trying to find a shy hippo in a jungle thicket.
Readers met the patient on Monday. If you thought the 20-year-old Notre Dame junior seemed blasé describing why she decided to donate a kidney to whoever needed it, you should have seen her at 5:45 a.m. Tuesday as she ambled into the lobby of the University of Chicago Medical Center's Bernard Mitchell Hospital, wearing black sweatpants and aqua flip-flops, clad in an air of utter calm.
"I'm ready," she said, when asked, displaying no anxiety or apprehension whatsoever. The strongest emotion she showed was when the anesthesiologist told her she could keep the purple pen used to bird-dog her kidney.
"Yes!" she exuded. It was indeed a nice pen.
An hour later she was naked, unconscious, lying on her right side while nurses draped her body with blue paper coverings and padded her with yellow foam to prevent nerve damage from being in one position too long.
At 7:33 a.m., transplant surgeon Dr. Piotr Witkowski took a scalpel and made a small incision in her stomach. In all, four small keyholes were cut there, to insert a tiny camera, a Maryland clamp, a stapler and a harmonic scalpel that uses ultrasound to cut and heat to immediately cauterize what it has cut.
Her abdomen was inflated with carbon dioxide to create room so doctors could see. The operating room lights were turned off, except for one over the instrument tray, and it was eerie to be in an OR with the lights low, the surgeons and nurses all gazing at images on an HD color flat-screen monitor.
What they were seeing is hard to describe. Up close, your guts are a gloopy, drippy, glistening jelly, a grotto of strands and lumps, an orange, gray, yellow, purple and maroon mess.
Dr. Becker worked the scope. Dr. Witkow­ski manipulated the clamp in his left hand, the scalpel in his right, sometimes putting a little body English on it, like a pinball player. He easily spent two hours cutting away at what looked like thick plastic spider webs of mucus, tugging with a tiny clamp and cutting with a scalpel with a 1/2-inch blade.
"Oh that's the artery right there," said Dr. Becker—getting to the kidney and cutting it out is a two-person job, with a third surgeon standing by. The operation's cost, $50,000 or so, is covered by the recipient's insurance.
The clamp opened and closed like a blind metal crocodile, its serrated teeth grabbing the viscous material, while the bird of the scalpel came in to nip it apart, giving off puffs of steam. The kidney was well-hidden, at first.
"Watch that vessel, it's underneath," said Dr. Becker. "Can you make a hole up here?" She has done this procedure—a nephrectomy—at least 100 times, and spoke of the various organs as if they were individuals. The touchy spleen, the adrenal gland that "doesn't like" being nudged—and the pancreas is even moodier.
"The pancreas is the bitch of the abdomen," she confided.
Eventually, the kidney is separated from Garneau's body except for a vein, the ureter and two arteries. Most kidneys have one artery, but remember, bodies vary. Some have an extra artery (and that's just the variety of nature. With multiple transplants, since dysfunctional kidneys are left in place, a person can end up with four or five kidneys).
This kidney was heading to New York for a recipient whose loved one sent a kidney to Wisconsin, called a "cluster" donation.
The doctors made a four-inch incision in Garneau's abdomen and only then, when it was open and ready, at 10:30 a.m., did they staple off arteries and the vein and cut them.
Dr. Becker nudged the kidney into a little bag—imagine a small fishing net with a baggie at the end—and pulled it out of the incision. Using her hands to remove the kidney would be too perilous. "Kidneys are slippery, like newborns," she said.
The kidney was drained of blood and filled with solution. Rich Cummings, procurement coordinator, put the kidney in a plastic jar, packed the jar in ice, bagged it and put it in a cardboard box marked "RUSH! Perishable."
He walked the box briskly down the hall to Jim Damopoulos, of Sterling Courier, who took it downstairs and put it in the back of his Dodge Caliber and drove off to O'Hare to put it on a 1 p.m. United flight to New York, where the kidney was scheduled to meet its new owner at New York-Presbyterian Hospital.