Squirming on the fat man's chair 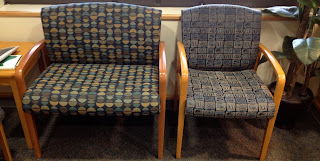 There’s Facebook and there’s real life, and no confusing the two.
Right? Your Facebook friends aren’t real friends, in that they won’t loan you $20 or help you move in return for pizza. They’re more like a Greek chorus, echoing your comments, emitting an occasional “Woe!” or hurrah, sharing photos of their grandkids and of their lunch.

But the two worlds, Facebook and real life, do collide. A reader of mine in Norway, a nurse, announced in 2009 she was coming to Chicago, to the consternation of my wife. Until it turned out she was arriving to pitch woo with some guy she met on my Facebook page — as soon as they met, they decided to get married, and I tossed them a wedding atop the Willis Tower.
That was real, sort of. The marriage only lasted a couple weeks. Real for a short while.
Or the time my boys and I found ourselves stranded in Salt Lake City. "What do we do now that we've seen the Mormon Temple?" I appealed to the "hive intelligence," as I call it.
"Go to Ruth's Diner," a Facebook friend suggested. So we did. Twice. Red trout and eggs. Chocolate malt pudding.  Yum. That was real, too.
Last week, another collision between Facebook and tangible reality struck me as so odd, it qualified as some kind of augury, a glimpse into the future.
I went to Evanston Hospital to escort my wife to a medical test which, while routine, would render her unable to drive home. Thus my job was to take her there, wait, and take her back. Simple. I brought a newspaper.
At the hospital, a jumbo chair in the Gastroenterology department caught my eye. Not quite a love seat — room for one and a half people. Or one really big person.
“What is this, for really fat people?” I asked aloud, knowing the answer.
“It’s for bariatric patients,” the receptionist said, diplomatically.  The surgery where they cut part of your stomach out to help you lose weight. I had never seen a chair like this before, so I took a picture and, almost automatically, posted it to Facebook. Other people might not have seen a chair like that either. Share the wonder. I like sharing with my Facebook pals. I like Facebook. It is, to quote Luna Lovegood, "like having friends." 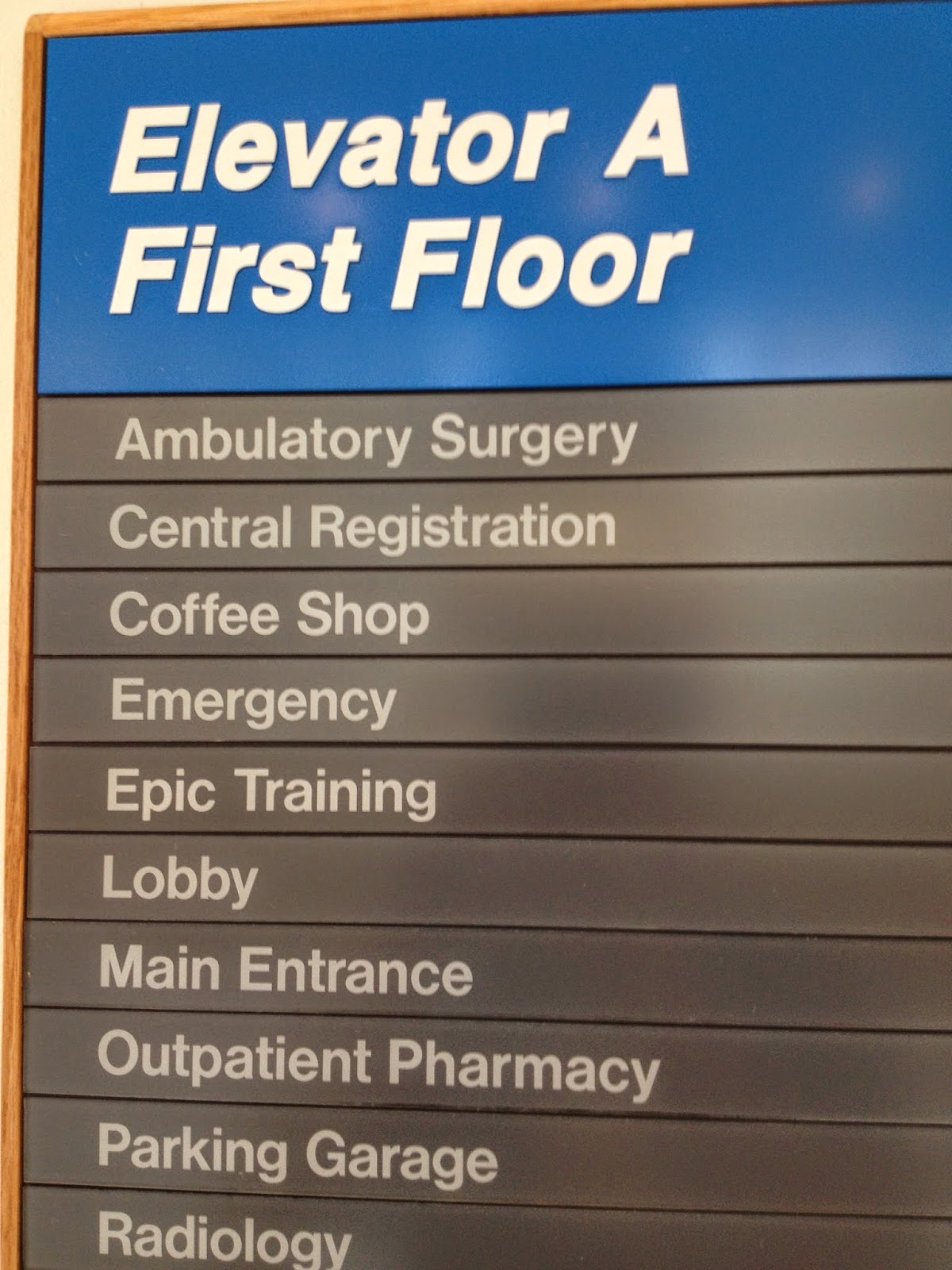 My wife went in for her test, and I wandered toward coffee. On my way, I encountered a few other curious sights — a sign listing, along with “Fetal Dianostics” and “Center for Women’s Health” the decidedly non-Marcus Welby “Spiritual Care and Music Therapy.” What could that be? “My God, this man’s soul is in shreds! Administer 25 cc of healing crystals and 15 minutes of whale song STAT!”  A sign for "Epic Training" "No, no, no! Strum the lyre after you chant, 'Sing to me of the man, muse, the man of twists and turns...” I shot pictures of those, too, and posted happily away. I did this without fear or reservation, almost without thinking, the way you'd pause to drink from a water fountain.
Sated, I took a seat by the self-playing grand piano in the hospital's three story lobby with the wall-sized waterfall (a thought: maybe if they didn’t make hospitals look like swanky resorts, then health care wouldn’t be so damn expensive).  I rattled the newspaper and dove into the news.
The lobby was empty. The occasional doctor or visitor or patient. And guards. One guard, then two, conferring. A third guard. More guards than seemed warranted. Walking back and forth. Calling to each other, words I couldn't catch. Something was up. I studied my paper, harder, sank a bit in my chair. The slightest knot of dread formed in my stomach.
“Mr. Steinbock?” said a solid, clean-cut Jack Armstrong kind of guy in a navy blazer with an American flag pin framing a little gold star. Behind him, a guy in purple shirt and tie hovered,  looking vaguely official. Backup.
“Yes?” I said. Steinberg, Steinbock—close enough.
“Our PR department hears you’re posting pictures of the hospital to Facebook,” he said.
I told him I wasn't trespassing—I had business at the hospital, and of course wasn’t including any patients in the photos—a chair, a couple signs.
“This is a public place,” he replied. “We just wanted to make the connection.”
Well, ho-ho, that's what we're all about, right? Making connections. We chatted a bit. I stressed my bottomless goodwill toward Evanston Hospital—both my sons were born here, we were patronizing the place right now. Steady customers. He went away, wishing my wife well on her test—sincerely, but I was so rattled it almost sounded like a threat. He did not say, "I hope nothing UNFORTUNATE happens to your WIFE." But I sorta heard that. I went back to reading, or tried to.
I’m not sure what the encounter meant—maybe nothing. But there seems a vague welcome-to-the-future aspect I can't quite put my finger on, heralding a more seamless union of online and physical spheres. Facebook flashing upon the land of the living.
Will we like that world?  Posting a picture of a fat man’s chair shouldn’t send security searching for you in real time. Or should it? Just to be defiant, I took a shot of the lobby—it has trees, and a concierge (a thought: maybe if they didn't make hospitals ... no, I've said that already) and added one more update: "Less than an hour after I started posting to Facebook, Evanston Hospital had the guards scouring the place for me," I noted. "Were I their PR flack, I'd have gone down myself and said hello, before I called out the muscle."
That was designed to sting and did. When I got back to my office, there was a very nice phone message from Jim Anthony, senior director in public relations at North Shore University Health System.
"I wasn't sure if you were there as a member of the media or a visitor or a patient or what have you," he said.
I wasn't sure either, now that I look back on it. That's the thing about this world we're entering into—what's public? What's private? None of us are sure anymore.
Posted by Neil Steinberg at 12:00 AM