Blame the dog.
On our walks, I prefer she go right. Habit. Better scenery. 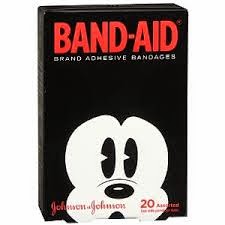 But last Sunday morning she turns left. I think, "Okay, follow the dog."
I pause in a driveway across the street, looking back at our yard, wondering whether rabbits can take down a 3-foot-tall pine sapling that has gone missing. Then it happens.
What happens I can't tell you, exactly, other than I fell, apparently.
Wham.
But honestly, I didn't even feel "wham."
One moment I'm standing, feet planted, wearing my heretofore trustworthy Keen hiking boots, looking at the spot where that tree the rabbits perhaps ate should be. Then staring at the sky, my hands curled above, the dog licking my face after, I assume, both feet shot out, there was a Wile E. Coyote moment of suspension, then gravity did its thing, with the requisite halo of stars and tweeting sparrows.
I couldn't move. Not as worrisome as it sounds. A calm, almost a curiosity. This is a development. Using my shoulder, I angle my right hand toward my face and give my thumb a tentative nibble. Completely numb, as if asleep.
At least I'm not dead. Falls killed about 30,000 Americans in 2013, according to the Centers for Disease Control, making it almost as common a cause of death as car accidents. Winter, ironically, is peak fall season.
"Falls are more common in the wintertime," said Dr. Rahul Khare, an emergency room physician at Northwestern Memorial Hospital in Chicago. He estimated NU's ER might get 10 cases in a morning on icy days, as opposed to one or two when it's dry. Falls cause a variety of injuries. "One of the biggest is what we call "FOOSH" injuries—Falls On an Out-Streched Hand," he said. "We see fractures in the bones in the hand as well as bones in the arm as well as elbow injuries, shoulder injuries."
"With younger folk, ankles and wrists, older individuals you'll see ankles, fractures in spine, hips," said Dr. Mark Cichon, chair of emergency medicine at Loyola University Medical Center in Maywood. He said the costs of such falls will increase tremendously as what he calls the "grey tsunami" of an aging population rolls on. According to the CDC, the 2.4 million people whose falls required visits to the hospital in 2012 resulted in a staggering $30 billion in medical costs.
"You go down very quickly," said Khare. "You don't even remember. It only takes half a second from standing to hitting your head on the ground."
I can vouch for that.
Eventually my neighbor rushes out and helps me to my feet. My head doesn't hurt, but my arms burn—electric shocks up and down. I hurry inside and climb directly into bed, consider ignoring the incident, embarrassed at the shame of falling. That horrible cheezy TV commercial. "I've fallen," the old woman whines, "and I can't get up!" But the burning worries me. That isn't good. I tell my wife, who leaps out of bed and hustles me the hospital, while I fret about adding another straw to the groaning medical system.
At Glenbrook Hospital, the ER doctor suggests not one CT scan, but two—one head, one neck. I balk. Is this really necessary? I mention having just read "Medical Tests You Can Safely Skip" in the March Consumer Reports ("CT emits a powerful dose of radiation, in some cases equivalent to about 200 chest Xrays...That does can alter the makeup of human tissues and ... the damage can lead to cancer.") I've know people who've had facial cancer—not a condition you want to court.
But my arms are still burning, and balancing the theoretical risk of something going wrong down the pike against the need to learn what is causing this now, I accept the risk of about $2000 worth of look-see.
"I have this conversation at least once a shift, if not more" said Khare. "It is really important to ask your physician about the necessity of the CT scan....in your case, burning hands ... I'd be more inclined to get the CT scan on that because of that neurological finding. The important thing is to be honest with doctor to say 'Hey, could we have a discussion?'"
And the doctors don't hate you after that? I asked.
"No, I don't think physicians are doing that as much as they used to," Khare said. "Shared decision-making is very powerful. Nothing is black or white in medicine ."
I leave Glenbrook with a pack of steroids and a diagnosis of "cervical strain." As far as what people should do to avoid falls...
"If you're going out, what are the shoes you're wearing?" asked Cichon. "If you're elderly, think about a cane, a walking stick. Not to say you're old and need a cane. Just to help steady your balance. Take small steps."
Still, no matter what precautions you take, falls can be unavoidable.
"The truth is, you still have to take out your garbage," said Khare. "You still have to walk your dog."
Speaking of which, we don't really blame the dog; in fact, she is a hero. She could have left me and chased a squirrel. But she stayed with her downed man, and licked him back to consciousness.
"She's Lassie!" my wife exuded, when the crisis had passed.