The dark before the darkness 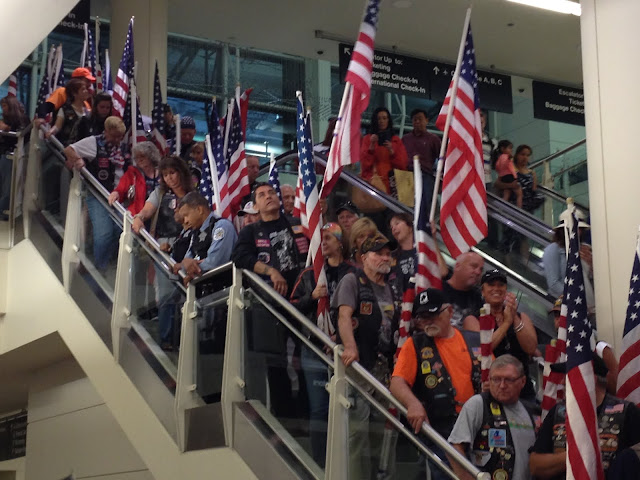 Maybe we are making a mistake focusing on the president and what he does.
Not that it isn't important. It is.
And when each day—sometimes it seems each hour—brings some jaw-dropping breach, well, hard not to pull up a chair, lean in close, and gaze in horror at the endless train wreck loop.
But at this point, it has to be a given. Each new development is a shock but not a surprise. He's lying to make himself seem more successful than he is. Over and over. That's what he does. That's what he's always done. He's locked in cathexis, in a trance with his own reflection, and wants to draw us into his fantasy world. So we're in a trance too.
Trances are bad. What I find more interesting is not the president, but the millions of Americans who got behind him, voted for him, and are sticking with him, if not cheering then quietly supporting him.
They are. Have you ever heard of someone who supported Trump and is now having qualms? The tiniest reservation? A second thought? Ever read a quote along the lines of "Whoops..."? I find that something worthy of at least some of the holy-fuck-look-at-that attention lavished on the latest tweet. Because if the media is fact-checking for the benefit of those who are already aghast at Trump, they are just gilding the lily. We need to think about those who look at Trump's flailing first weeks in office and nod with approval.
Maybe the reason we don't look at that is because his supporters are even more ominous than the man they are supporting. What if Trump is only the first of a series of Trumplike leaders to come?  It isn't as if we were fine before, or we'll be fine after, not that we can indulge in the luxury of even considering after.
Nine out of ten Republicans trust Donald Trump. Game, set, match. As long as those supporters are there, we'll never get to "after." Through blind party loyalty, economic desperation, fear, ignorance and what I calling "framing"—focusing on a very narrow part of the total picture—they're not only backing, they believe a demagogue who is opposed to much of what makes America a free democracy: the press, the courts, a non-political military, public education, NATO, science, social services, affordable healthcare...there's more, but you get the idea.
When do these people wise up?
And now the bad news:
Never.
They never wise up. I can't imagine it. If they could, how did they get to this point in the first place? I keep thinking of Stalin. Died in 1953. Pushed policies that caused mass starvation in the 1930s. Purged intellectuals. Killed maybe 10 million Russians. Made a pact with Hitler.
His approval ratings today? Forty percent. Yes, some of that is due to Putin propaganda, trying to soften up the public, to stoke nostalgia for tyrants like himself. But still. You would not think it possible. Germany might have served up a Hitler, but at least they're not still swooning for him. In the main, except certain pockets of East Germany where they're working themselves up to try to get him back.

These are dark times. And while I don't agree with Rahm Emanuel's over-flip assessment that Democrats should "take a chill pill"—what a contemptuous expression to come out of a contemptuous man's piehole—I do believe that this is only the start. If I thought this moment right now is as bad as it gets, I'd have a big Trump Party, because this so far is feeble. Some travelers inconvenienced—not to diminish the pain of others, which is always temptingly easy. But not the Inquisition either. And a lot of incompetents, zealots and haters named to his cabinet. Scary, but just a start. My sense is, these first disorienting weeks are only the dip after the long climb up the hill on a roller coaster. A feint, before the true plunge begins.