You can't judge a cover by its book 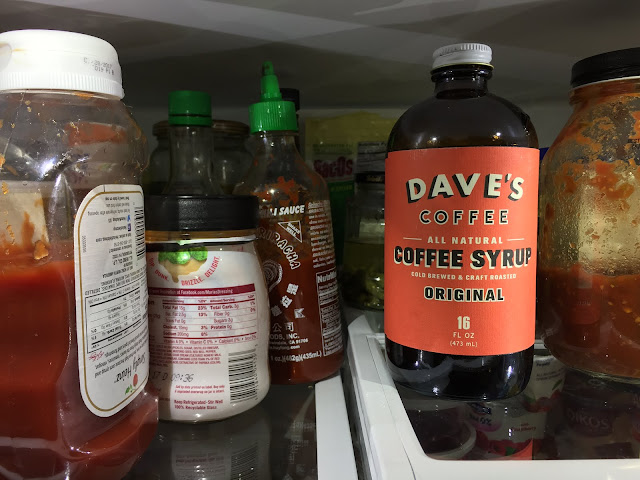 Okay, this is funny.
Well, it might not be funny to you. But it's funny to me, or was this morning, and I'm sitting here at the end of a day, wondering if I can convey the funniness of this thing to you.
Certainly not in the big, laugh-out-loud and shake your head amusement to which I received the news. You kinda have to be me.
Which I wouldn't wish upon anyone.
Oh heck, let's give it a try. You can't decry Trump every day.
Actually you can, and probably should. But lots of people are and, well, no need for me to reproduce their efforts. I'm not the chorus. I figure, you can learn of the latest jaw-dropping wonderment, read a few Talmudic commentaries on it. Then come here, at least today, for a palate-cleansing sorbet.
Where was I? Ah yes, funny....
Books are joint efforts. That goes against the whole solitary writer myth but, so be it. You start with an author, true. But then there is an agent, and an editor, if you're lucky. All have things to say. Oh sure, you can ignore them, but then nobody reads your book and it doesn't matter how good it is. 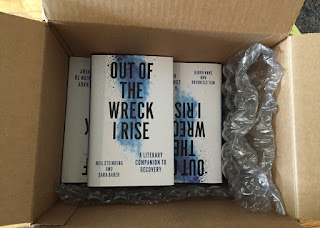 So others are involved. More editors. Maybe a publisher. At a university press, there are academic readers—three, in the case of my latest book, Out of the Wreck I Rise: A Literary Companion to Recovery, written with a co-author, Phaidon editor Sara Bader.
The challenge of collaboration is you have to consider what the other person thinks. I remember, early on, telling myself, "You know, it isn't much of a collaboration if you never listen to anything she says." So I did, buoyed by the realization that Sara was right. She was often right. But not always. Sometimes I was right and, mirabile dictu, she would yield to me.
So Sara and I, working together on the book for ... gee ... nearly five years.
Our editor, John Tryneski, also had input. The original subtitle was "A literary guide to recovery." That was a bit, well proscriptive, John felt. How about "A literary companion to recovery." Yes! Sara and I both immediately realized. "Companion" is such a friendly word. "Guide" implied more of an-our-way-or-the-highway direction than we intended.
As the book neared completion, more people got involved. A proofreader, a copyeditor, an indexer. The design team and of course publicists. Which lead to the one true great crisis of the book: the cover. No other way to describe it. A full-blown, gloves-off battle. We rejected the first interior design and then rejected the first two covers. "It looks like the inside of a baby's diaper" is how I put it, in my less-than-tactful fashion. The thing peaked exactly a year ago, as luck would have it, when Edie and I were vacationing in Desert Hot Springs. You ever see a guy sitting by the pool at some lovely palm-treed resort, some unhappy schmuck on the phone, endlessly, twitching a muscle in his jaw, oblivious to the beauty around him. That guy was me. I hated being him,, but the moment called for it.
The eventual cover was the product of attrition more than anything else. Sara and I basically got tired of fighting over the cover and surrendered. The one with the blue inks splots would have to do. Sara was more grief-stricken than I but, as her partner, I felt her pain.
So today, Monday, this morning, the University of Chicago Press informed me — with an admirable restraint, I felt — that the American Association of University Presses had its annual Book and Jacket Show in New York City at the end of January. Over 500 book jackets were entered, and our book cover was one of the select few that won, displaying as they did the "very best examples from this pool of excellent design." Our cover, the cover we were both ready to slit our wrists in a warm bath over, would be part of a traveling exhibit on the most beautiful covers of the year, starting at the AAUP convention in Austin this June, then touring college campuses and book fairs and libraries for the next ... year and a half.
Of course.  Of course it is. Why did we not see this? To my credit, I was immediately abashed. My buffoon suit came back from the cleaners and I, nodding at the perfect rightness of the moment, slipped it on, sheepishly extending hearty congratulations to all involved, and filed the event away in my bulging humility folder.

I suppose I could dig in, and point out that contests are not the Platinum Bar of Truth either. Some group in New York threw a bunch of covers against the wall and ours stuck. Doesn't change anything...
But that doesn't sound right. Having to always be right is the mark of the amateur, as our nation is discovering. Sometimes you are wrong, which is why this collaboration thing is so helpful. Being a professional means listening to other professionals, weighing their views, and sometimes going with them, and sometimes standing your ground. The trick is to know when to do each, when to fight, when to yield. When the people you are dealing with are experts in an area where you are not an expert—say design—best sometimes to step back and let them win the day. Which, I must observe, we did. Eventually.
And to be honest, at this point it doesn't matter. With the book in its 5th printing, and selling like hotcakes, the cover really just keeps the pages together.  As I told Sara, with the over-confidence needed to write anything in the first place, "The book will have lots of covers." That might be hubris, but what the hell. It's too late to change now.
Not laughing out loud yet? Oh crap. Time to pull out the big guns. See the bottle of Dave's Coffee Syrup atop the blog? Wondering why it's there? At the beginning of the book design process, the press asked me what I thought the cover should look like. A neighbor with a summer place in Rhode Island had brought the bottle back to us as a present, and I thought it very fine looking: clean, retro and that great shade of orange. I sent them a photograph of the Dave's Coffee Syrup bottle, explaining that our book should look like this. And I would have been ecstatic had they taken my advice. Instead they discreetly ignored it. Were they right? Was I? Hard to tell.