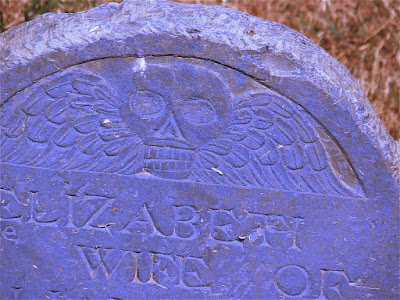 I would never have thought of J. David Moeller again. He was not my friend. I had never met him.
He was, however, a Facebook friend, who commented on my column, sent in the jokes that used to end my column, right up until he killed himself in 2010.
His birthday was Aug. 9, and Facebook—like a dim-witted cat dragging something unwelcome into the house—invited me to wish him happy birthday.
Considering it, I visited his page, saw his actual friends leaving messages of missing and heartbreak. I said nothing, but thought of this column, from seven years ago, that addresses this online world, which was new then, and now is just how things are, for good and ill.

"We lost a mutual friend, Neil," Leigh Stone Eckroth wrote. "Actor, writer J. David Moeller took his own life on February 19, he left parting words on his profile, under the photo section . . . Very sad : ( "
I knew Moeller from his frequent postings of wry observations and as a contributor of jokes to this column. We never actually met.
Those who knew him better bid farewell on his Facebook page:
"David, you were such an amazing and sweet man," wrote one. "Your wit and humor and your intelligence . . . you have left a huge hole in our hearts."
The sentiments seemed both private and public, a jarring juxtaposition. Once newspapers avoided mentioning the fact that someone committed suicide -- it was seen as intrusive. But that ship seems to have sailed.
Amongst Moeller's 320 wall photos and 156 profile pictures is the image of a sheet of yellow legal paper. "My Dear Friends," it begins, in neat blue handwriting. "I'm sorry. I cannot go on . . ."
Moeller was 64. He was a character actor with a half century of bit parts in movies, TV and on stage, doggedly pursuing a career that did not lavish him with rewards.
"Moeller, who speaks with a faded Texas drawl, grew up in the Lone Star state and knew from the age of 3 he wanted to be an entertainer," wrote Stefano Esposito, in a Sun-Times profile published last year. "He has acted in Los Angeles, Seattle, Houston, Dallas, Geneva, Switzerland -- among other places -- and now Chicago. To make ends meet, he has also driven cabs, done stand-up comedy at a strip club and worked as a telemarketer selling bulk trash bags."
He could act. Hedy Weiss ended her 2008 review of Irish playwright Owen McCafferty's "Scenes from the Big Picture" with:
"But it is J. David Moeller, a 'listener' most the time, who brings it all to a gorgeous Beckettian conclusion."
Suicide is a mystery, and I won't pretend to offer insights here, except to observe that it seems to claim the witty, the kind and the unusual far more than it does the dull, the mean and the ordinary.
The Facebook aspect makes it all the more unsettling. I know that suicide notes have posted on Facebook before, though there is still a disconnect, at least for me. The venue seems inappropriate. I don't want my children tweeting from my deathbed, and when I die, I don't want anybody posting frowny faces.
At first, I wasn't even sure Moeller was really dead -- I'm of an era when seeing something on a Web page is only an indication that it might be true. Moeller was certainly waggish enough for us to hope this could be a stunt ("I thought, 'Oh, it was a prank -- he's fine and I took the bait,' " wrote a friend).
Alas, the Cook County medical examiner's office, a very real institution on Harrison Street, confirms that it received his body. The cause of death is being withheld, pending toxicology reports.
I joined Facebook because the paper told us to, and have found it a mixed blessing. It does have a practical purpose, providing a sort of hive intelligence to tap into. I remember rolling into Salt Lake City last summer and feeling unmoored -- what was I doing with my boys in Utah? I posted words to that effect on Facebook, and somebody immediately pointed me toward Ruth's Diner. Next thing we knew, we were eating red trout and eggs and chocolate malt pudding and all was right in the world once more.
Facebook expands your circle. It takes your actual friends—who ironically are less significant on Facebook since you see them in the flesh world—and adds this strange online penumbra of quasi-friends you sorta know.
Every once in a while one of them pops up in the actual world—remember when that Norwegian lady blew into town last year and married a guy she met on my Facebook

page in a ceremony atop the Willis Tower?
Of course, it was much stranger and more complicated than that. The guy apparently forgot to tell his former wife and children that he was getting remarried, a situation I discovered when his 11-year-son phoned to ask: Who was this lady marrying his father? A very real, deeply awful moment.
Sometimes I wonder if the drawbacks to Facebook, as both a time sinkhole and an emotional minefield, outweigh the benefits. But I also know the technology genie never goes back in the bottle.
Posting your suicide note on Facebook feels extra wrong, but then new technology always seems undignified. The teams sent out by the military to notify families of the death of servicemen harken back to the day when it was considered rude to give bad news over the telephone.
The night before he died, Moeller posted two thoughts.
The first was completely prosaic, about the Olympics" "Local boy goes good . . . Evan Lysacek wins the Gold!"
And then, a minute later: "None but we know the rooms we roam, the beds we lie in, the houses of our mind."

Those baby-changing stations don't work. I put my baby in one, closed it up and when I opened it again . . . it was still a baby. I was hoping for a new laptop.