If I win that Banksy, will I own it, or will it own me? 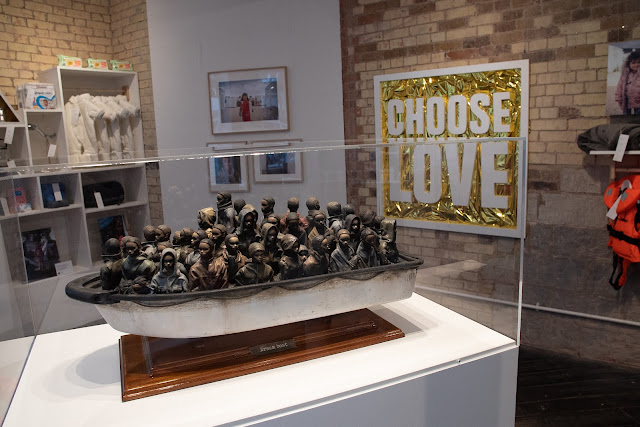 Who are the most important artists in the world?
No, this isn't a trick question. Though I wouldn't blame you for sensing a trap and responding: "Nobody. None of them are important." Because if poetry, in the much-quoted phrase of Auden's, "makes nothing happen," that goes double for art, hung in galleries, traded for money, admired and revered, but essentially outside the slipstream of human history, with its wars and hunger and scrabble up the greased pole.
That stipulated, you could still list those who are a big noise in the art world and thus considered them important: Damien Hirst, with his cows in formaldehyde; Jeffery Koons, of giant chrome inflatable bunny fame (I hope that last phrase is as fun to read as it was to write).
Had you asked me, I'd have said, "Banksy," the London graffiti artist turned global trickster. But I've been asking everyone I run into if they've heard of Banksy and most haven't. Can you be important if people don't know who you are? Sure, ask Tim Berners-Lee, inventor, in 1989 of something that came to be called the World Wide Web. 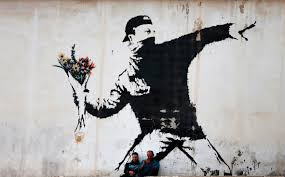 Who is Banksy? An anonymous, more or less, British graffiti artists whose stencil wall paintings hit a sweet spot between spare beauty and pointed social commentary. A dove in a flak vest on a wall in the occupied territories. Security forces going through Dorothy Gale's wicker basket. A masked protester hurling a bouquet of flowers.
His work is also a running commentary on artistic value, an essential subject in a world where a supposed Da Vinci can draw $450 million at auction. Banksy paints on buildings, mostly, in essence giving his work away. Some building owners paint them over, while others break out concrete saws and cut them out. There's a fascinating documentary, "Saving Banksy" about what happens after the artist does a spate of paintings in San Francisco.